Democrats Are Gunning for Prop. 13 – For Real

[Publisher’s Note: As part of an ongoing effort to bring original, thoughtful commentary to you here at the FlashReport, we are pleased to present this column from Assemblyman Bill Brough.] 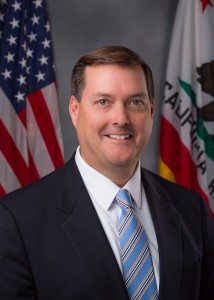 On June 6, 1978, a political earthquake rumbled through California in the form of Proposition 13 – officially named the “People’s Initiative to Limit Property Taxation” and enshrined in our constitution as – what else? – Article 13A.

It came 34 years to the day Allied forces stormed the beaches at Normandy, but for California taxpayers, this was, and remains, their D-Day. Following years of punishing property tax increases that drove thousands from their homes and threatened many more, the voters rose up.

Despite being heavily outspent, opposed by every influential special interest and pronounced hopeless by the mainstream media, Prop. 13 gained almost two-thirds of the vote and all but a handful of the state’s 58 counties.

Almost as powerful were the aftershocks, as a tax revolt and skepticism of government spending swept the country and didn’t stop until it helped carry Ronald Reagan into the White House.

The measure did one thing right away: Set property taxes at 1976 assessed values and limited tax increases to two percent a year as long as the property remained unsold.

To critics, this is Prop. 13’s original sin: It placed a public vote and a legislative supermajority between the desires of big government and the people’s pocketbook. The special interest spending community has despised it ever since.

Like clockwork, liberal commentators, academics and politicians will flatly state that California’s economy and governmental systems never recovered from the passage of Prop. 13. Critics have also compiled an increasingly ludicrous list of troubles attributed to the initiative, making it California’s own Keyser Soze – a mythical malevolent measure that can be blamed for everything and anything.

But it’s a lie. And it was always a lie.

The state’s budget grew from $55 billion in 1980 to $97 billion in 1992 to $167 this year – all record highs. Only in California can this be considered inadequate public revenue.

To date, Prop. 13, it endures as the state’s most mainstream political belief. Many believe that the initiative’s standing is everlasting. But that’s not true.

I’ve come to this conclusion after a recent San Francisco field hearing of the Assembly Revenue and Taxation Committee. I was the only member of the GOP on the panel that day (reports that I was also the only Republican in all of San Francisco can’t be confirmed).

Along with the usual rage against Proposition 13’s ideals, I witnessed an unmistakable organized and strategized plan to overturn it once and for all.

First, Democrats have opted to kill the slight fix to Prop. 13 (that they once insisted upon) inspired by tech entrepreneur Michael Dell’s controversial property swap. This matters because rather than pursue a small reform to Prop. 13 that might draw bipartisan support, they will, instead, insist it can’t be fixed and must be completely dumped.

Next, Democrats have advanced not one but two special sessions organized around a central question: How much should we raise taxes on hardworking Californians? If Republicans don’t stay united, it will happen for sure.

This is not just the latest asymmetrical blaming of Prop. 13. These are the rumblings of an approaching force. As never before, California’s collaborative of special interests and the Democrat Party that exists to serve it believe now is different.

They believe the historically weak Obama economic recovery, combined with high unemployment and low growth for those who need it most, will ironically inspire voters to open the floodgates to new and higher taxes at the state and local levels.

They believe that having mobilized a massive coalition and tens of millions of dollars in 2012 to con enough voters to pass Prop. 30, (the first voter-approved statewide tax increase in a generation), the blueprint to repeal Prop. 13 is obvious.

Republicans often say we must ask voters if they agree with the Democrats’ agenda. This is fine, but in times like this, we must do more.

We must ask ourselves: Do we have anything like the resolve to save Prop. 13 the Democrats have to destroy it? If we do, I am convinced we can preserve the spirit of the most important initiative in California history.

If we don’t, than a different kind of D-Day will have occurred – with far less honorable results.