[Publisher’s Note: As part of an ongoing effort to bring original, thoughtful commentary to you here at the FlashReport, we are pleased to present this column from John Wood, Jr., who serves as 2nd Vice-Chairman of the Republican Party of Los Angeles County.] 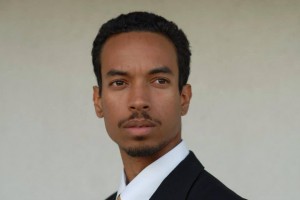 Conservative readers are likely not familiar with the name Shariff Mordechai Hazan…yet. But if you do not know him now chances are good you will hear about him before too long. Shariff Hazan is launching a bid to take on entrenched congresswoman Karen Bass representing the 37th congressional district of California, covering the territories of Culver City, South-Central Los Angeles and the Pico-Roberston community. Others have tried, but Shariff brings with him a resume and a background that make him a standout not only in this district but among potential Republican congressional candidates in general. In a heavily minority, overwhelmingly Democratic district, Mr. Hazan might be uniquely equipped to forge a new coalition to upset the Democratic establishment.

32 years old and formerly a student of the Saul Alinsky school of community organizing with a mother who is a Social-Justice Professor at UCLA, Shariff Hazan is an African-American from a stridently liberal, Suffi Muslim household who has since gone on to convert, not only to Conservatism, but to Orthodox Judaism. Professionally he is Entertainment and Media Executive whom has led and managed infrastructures for fortune 500 companies in the media space, former President of Punch TV network, but known in the urban and entertainment communities for having catalyzed one of the largest viral video movements in America since the popularization of Youtube, that being the Jerkin’ Movement, an urban dance movement that generated millions of dollars for its partne, amassed over six billion views online and was organized with young black and Hispanic males in South Los Angeles and other inner city neighborhoods across LA. Mr. Hazan’s vision spawned multiple major Hip-Hop groups and a bi-coastal cultural phenomenon impacting dance, music and fashion culture in inner-city communities across the country.

Shariff’s official transition to the Republican Party is recent, but comes as a natural outgrowth of his personal and professional values. “Being a Republican is saying…we need to empower the individual.” To members of the inner-city Los Angeles community, overwhelmingly African-American and Latino, Shariff’s says: “One of my biggest focuses is really educating and bringing awareness to the opportunities that exist in this new era which economists call the age of the individual. Karen Bass is a Democrat; their view of improvement has a lot to do with creating organizations and bureaucratic agencies to deal with the inequities of the communities [but] the individual has so much information and opportunity to create opportunity [that] there needs to be focus on illuminating peoples opportunities. That contradicts Democratic philosophy. “

So too has Shariff’s conversion to Judaism found him to be a strong supporter of Israel, whose weakening support among Democrats he views as an opportunity for Republicans in general and in a Los Angeles district that also boasts a formidable Jewish constituency. “[Republicans have a] unique opportunity in 2015 and 2016 because Israel has become a partisan issue. Republicans are the only party openly and consistently defending Israel in their right to exist and defend themselves. There is an opportunity to engage the [Jewish] community on the issue because, whereas before it used to be a bipartisan issue, now it is a partisan issue. There is a shifting climate as relates to Israel.”

Shariff Hazan brings a unique background and a different experience, both to the Republican Party and to an infant candidacy against Karen Bass. As a person who was raised in a successful, but also a leftist household, Shariff has an understanding of the leftist community culturally and politically. As an African-American whose name is tied to pop culture movements in the inner-city, he has credibility with inner-city young people where few other Republicans will. As a young black Jew with a liberal upbringing, he may possess a unique appeal to a Jewish constituency in Los Angeles that is largely supportive of Israel, but have still tended to vote Democrat and mostly identifies as liberal.

Mr. Hazan, potentially, has a unique appeal to constituent groups well outside the traditional Republican coalition. In a district that has only a small percentage of Republicans he will surely have to have that to win or to even make an impact. But in an era where the Republican Party is consistently criticized for its lack of diversity and for not fielding candidates who can plausibly compete in urban and minority communities, Shariff Hazan immerges as a candidate worth paying attention to as the GOP and the Republican Party in Los Angeles and California moves into a shifting demographic future.