Bill discriminates against alternatives to abortion 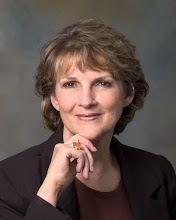 Pregnancy resource centers offer services such as pregnancy tests, ultrasounds, prenatal care, referrals to health care services and information on adoption. They also often offer resources such as clothing, baby supplies and other assistance to help women who choose to keep their child. Some of the approximately 170 centers in California include licensed medical clinics, others offer resources only.

AB 775 would in effect mandate pro-life pregnancy centers to provide referrals for abortion in violation of their moral beliefs, or be faced with heavy fines.

Not only does this bill “strike at the heart” of “free association, free political and religious speech and practice,” as Assemblyman Jim Patterson (R-Fresno) put it, but things have changed since the Assembly passed the bill along partisan lines in May.

A series of videos showing top officials from Planned Parenthood – the nation’s largest abortion provider, which would benefit from additional referrals under AB 775 – negotiating the price for body parts obtained from aborted fetuses to be used for research. Dr. Mary Gatter, the Medical director at Planned Parenthood Pasadena and San Gabriel Valley, for example, spoke of using “a less crunchy technique” to obtain whole body parts.

A new video just released shows Holly O’Donnell, a licensed phlebotomist who worked for a company providing fetal tissue for research, describing her shock at being told how to harvest an intact brain from a late-term male baby whose heart was still beating after an abortion at Planned Parenthood Mar Monte’s Alameda clinic in San Jose.

Yet, California Attorney General Kamala Harris, instead of investigating whether Planned Parenthood violated laws forbidding trafficking in aborted baby body parts, despite a request by a number of California legislators, is going after the Center for Medical Progress, which produced the undercover videos. At the same time, she’s sponsoring AB 775, which would clamp down on organizations that provide alternatives choices for women.

Notices must include the telephone number of the county social services office, so the woman can see if she qualifies.

But according the Marie Leatherby, Executive Director of the Sacramento Life Center, 75 percent of the calls made to the county social services office “go directly to Planned Parenthood.”

“Such an overreach by government,” she said, “goes against everything we’re all about.” “We’re the alternative to Planned Parenthood,” she said. The Sacramento Life Center’s medical staff, she said, can’t even see a client without first giving information that includes a referral to an abortion provider.

The bill’s proponents claim that such government bullying is simply a matter of “informing women” of all their choices.

If that’s true, then if pro-life pregnancy centers must advertise availability of free abortions, shouldn’t abortion providers be required to inform women about alternatives to abortion, such as homes for pregnant mothers and resources to help them?

What’s more, a simple Google search provides instantaneous information on free abortions in California under Medi-Cal. If the state thinks not enough women know about free or low-cost abortion, it can conduct an advertising campaign separately, without stifling the free speech of organizations that offer another option.

And for full disclosure, will the Legislature require abortion clinics engaged in “harvesting tissue” to post a notice, in 22-point type, that they (1) “crush” certain parts of the fetus to obtain in-tact limbs for research purposes; (2) haggle for prices of these parts; and (3) offer up aborted babies who still have a heartbeat for removal of their brains for research?

In a state that prides itself on diversity and inclusion, this bill is a transparent act of intolerance to those who simply want to offer an alternative to abortion.

Margaret A. Bengs is a former speechwriter for former Gov. George Deukmejian and for former Attorney General Dan Lungren.