California embarked on a “grand experiment” in 2011 with a massive prison downsizing.  Responding to a 2009 order by a federal three-judge panel, California had to reduce its overpopulated prisons by 25 percent within two years. This amounted to a reduction of nearly 46,000 prisoners, within a very short time period. The state appealed but the U.S. Supreme Court upheld the mandate in May 2011, in a 5-4 decision. In a dissenting opinion, Supreme Court Justice Antonin Scalia said it was “perhaps the most radical injunction issued by a court in our nation’s history.” 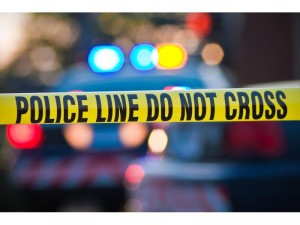 Assembly Bill 109, referred to as “prison realignment,” was the legislative vehicle for compliance with the order to reduce the prison population. However, unlike the courts orders, the bill required the state to shift a substantial share of the corrections responsibility to the counties. Many legal experts have called realignment the “biggest penal experiment in modern history.”

In 2014, California voters were sold on reforming the state’s drug laws with Proposition 47. However, the measure covered more crimes than non-violent drug offenders. Moreover, drug addicts are likely to get less treatment in the state’s drug courts because prosecutors have lost a bargaining chip in the plea process.

According to law enforcement and justice officials, the result is more crime, fewer criminals in custody, and more victims.

– Excerpt from Taxifornia 2016: 14 Essays on the Future of California, by James Lacy; Chapter 3, CRIME, by Katy Grimes

Should heinous juvenile criminals be offered a chance at redemption, just because they are juveniles? Sen. Loni Hancock, D-Berkeley, has authored yet another bill to arbitrarily change the age at which a young person is considered a juvenile if they’ve committed a serious crime.

Hancock’s bill, SB 261, would allow a person who is under 23 years of age at the time of an offense, but prosecuted as an adult because of the heinousness of the crime, and who received a lengthy prison sentence, to petition for early release from incarceration. Age 23 is an age at which convicted criminals are old enough that they could have graduated from college yet somehow they are thought of as ‘juveniles’ by Sen. Hancock.

Former Assemblywoman Linda Halderman, R-Clovis addressed proponents’ claims of “youthful impulsivity” by the criminals and asked, “What is impulsive about lying in wait to commit murder? Each of us have had choices to make. Redemption happens behind bars.”

Hancock’s bill expands the eligibility for authorization for early parole release from those who were juveniles at the time of their crime to those who were 22 years of age. “The effect will be to allow individuals who were 18-22 at the time that they committed offenses such as murder, rape, and kidnapping to be eligible for parole after only 15 years (for those with a lengthier determinate sentence, such as multiple sex offenses), after 20 years (for those with an indeterminate life sentence), or after 25 years (if the person had a “controlling offense” of 25 years to life  (first-degree murder)…” an opponent to the bill explained.

SB 261 would nullify the effect of any sentencing enhancements to make the minimum sentence longer for gang enhancements, firearms use enhancements, or multiple convictions. And, the bill exempts those sentenced under the Three Strikes or One Strike laws or to life without parole.

This is a bad bill, which would only serve to further undermine any rule of law in California.

According to Human Rights Watch, the sponsor of Hancock’s bill, “This bill recognizes both the vulnerability and potential of young adults and would set in place a meaningful opportunity for young people to earn parole.” Humane Watch is funded in part by George Soros Open Society Foundations, which provided a $50 million grant to the ACLU to “mount an eight-year political campaign across the country to make a change of criminal justice policies a key issue in local, state and national elections.”

One of the biggest frustrations is Hancock jumped the gun after passage of her last bill to also expand the eligibility for early parole release of those who were juveniles at the time of their crime, to 18 years of age. Her bill passed last year and was signed into law by Gov. Jerry Brown.

It is too soon to evaluate whether offenders paroled under the SB 260, also sponsored by Human Rights Watch, presented a risk to public safety or not. We do know, however, that the bill required the Parole Board to give greater weight to releasing these individuals and earlier parole consideration to them than was otherwise permitted under the law.

Opposition to the Bill

According to the California District Attorneys Association, “This bill would arbitrarily change the age at which a person is considered a juvenile, and allow a person who was under 23 years of age at the time of an offense, prosecuted as an adult, and who received a lengthy prison sentence to petition for early release from incarceration.

“Two years ago, we opposed SB 260 (Chapter 312, Statutes of 2013), which established the youth offender parole process for individuals who were under 18 years of age at the time of their controlling offense,” the District Attorneys Association said. “We renew our opposition to this bill, which seeks to expand that process to anyone under 23 at the time of their offense.”

According to Crime Victims United of California “we believe that it is inappropriate to expand the expedited parole process to include offenders who were adults when they committed their crimes. Importantly, this bill isn’t aimed at instances where a juvenile offender is charged as an adult – that was addressed in SB 260. These are adults that are prosecuted in adult court for highly serious offenses that result in lengthy prison sentences.”

Though SB 261 passed the Senate along party lines, strangely, this week in the Assembly with the assistance of Republicans, the bill also passed, and is sitting on the governors desk.