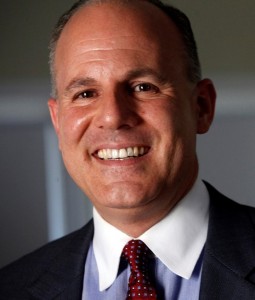 In 2011, the leadership of the California State Senate and Assembly crafted one of the most damaging pieces of legislation in recent memory for public safety throughout our state.

AB109, the so-called “realignment” act, relieves the State of all responsibility for imprisoning and supervising criminals convicted of most felony crimes, and imposes those responsibilities on California’s counties. Instead of serving in state prisons and facing parole boards, felons convicted of most felony crimes serve their “prison” sentences in the local county jail and are supervised by the local county probation department. This legislation is a transparent scheme of passing the buck, and tragically, it has made our communities less safe.

AB109 took effect in February of this year, and since that time, Los Angeles County alone has seen over 26,000 inmates sentenced to county jail instead of state prison. And from the 27,000 parolees who in that same period were transferred from state supervision to the Los Angeles County Probation Department, over 38,000 arrests have resulted – more arrests than people because many of these offenders had to be arrested multiple times. To make matters worse, only one percent of these arrests were of those considered to be low risk offenders, while over 16,000 arrests, or 68%, were of high or very high risk offenders.
According to the California Department of Corrections and Rehabilitation (CDCR), 61% of inmates released from custody are rearrested for committing additional crimes, and half of those will have committed a crime within six months of being released. Prior to AB109, those tens of thousands of recidivists would be returning to State custody on parole violations. Not any more. Today, for the majority of crimes and the majority of offenders, those ex-cons who reoffend will remain in the counties where they live and prey.

Now more than ever before, the responsibility for protecting our children and our neighborhoods, and for adopting sound public safety policies to address the problem of rising crime, falls to our local leaders. For county boards and city councils, we desperately need leaders with first-hand experience fighting crime. And as a criminal gang prosecutor who has prosecuted many young men and women who were drawn to a life of gangs and crime, I understand that fighting crime is not only about handcuffs and jail cells. Fighting crime also means giving our kids safe and nurturing schools, and producing a climate that creates good paying jobs for them once they graduate. We certainly need to keep criminals behind bars, which AB109 fails to do, but we should also be creating the conditions that stop crime from happening in the first place.

In the immediate future, we must ensure that our county jails have enough beds to accommodate offenders at all levels. Releasing inmates after they serve only 10% of their sentences endangers our communities and our families. We must increase funding for law enforcement agencies, so that as AB109 continues to result in rising crime rates, we have enough personnel to respond to the increase in service calls, inmates, cases, and probationers.

We cannot protect our communities unless we hire appropriate levels of deputy sheriffs, police officers, deputy district attorneys, and probation officers. We also must invest in our schools, so that our children receive an education worthy of them – from preschool, to safe and disciplined classrooms, to job training, to after-school programs. Finally, we must end our suffocation of the private sector and create a climate that encourages our job creators and breeds opportunities for our Americans both young and older.

We cannot afford to wait in bringing about these reforms. The costs in human life, in lost potential, and in dollars are simply too high. Californians pay some of the highest taxes in the country and yet our elected representatives have been unwilling to deliver the basic services that we need. We deserve better, and the time for change is now.

Elan Carr is a Criminal Gang Prosecutor for the Los Angeles County District Attorney’s Office and an Iraq War Veteran. He currently prosecutes cases involving some of LA County’s most notorious street gangs as well as cases of domestic violence and animal cruelty. While deployed in Iraq he lead an anti-terrorism team in life-saving missions throughout the country. Elan is a candidate for Los Angeles County Supervisor in the 5th District.