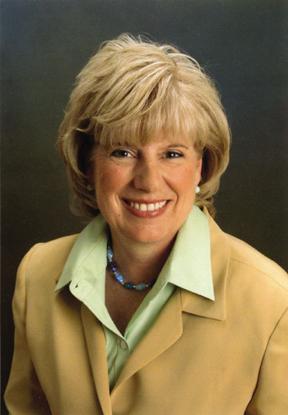 With the 2015 Legislative session now in the rear view mirror and my sights set on leading Senate Republicans into 2016, it is clear to me that the principles and values of this great party of ours align quite well with the hard-working residents of this state.

As we move forward we must make sure we state those goals effectively to Californians and stand with them shoulder-to-shoulder to fight to for those common goals – most importantly, the ability for those residents to hold on to as much of their earnings as possible.

As an eternal optimist, I believe California is, and always has been, the Golden State. Over-taxation and heavy regulation still threaten our economic recovery, but California’s economy is on the rebound. As the Senate Republican Leader, rather than looking for new and innovative ways to take more of your hard-earned money, I’m committed to finding new and innovative ways to safeguard your pocketbook, while ensuring that each and every tax dollar sent to Sacramento is spent as efficiently and effectively as possible.

This past legislative session was an excellent example of Republicans fighting to ensure middle-class Californians are able to hold onto more of what they earn.

This year’s budget spends $265.6 billion, including $115 billion from the state’s General Fund. Record spending over the last few years has been fueled by about $10 billion of unanticipated General Fund revenues that materialized since we passed last year’s budget. Despite those record amounts, we still faced all-out attack schemes to take even more of your money.

Republicans decided enough was enough. We stood up for overburdened taxpayers. We believe Californians provide more than enough money to fund programs essential to keeping the state running and protecting our state’s most vulnerable.

In another victory for California’s working families, Republicans fought successfully to block a proposal in a very controversial bill, Senate Bill 350, which would have mandated a fuel consumption reduction that was sure to send costs at the pump skyrocketing for every driver in California. Even with that success, we still believe the version that did pass in the final hours of the session will cost our state jobs – especially in the Central Valley. Ultimately, even as amended, not one Senate Republican could support this misguided bill.

According to Business Insider Magazine, California ranks 43rd in the nation with 68 percent of its roads rated poor or mediocre. Our transportation system is in dangerously poor shape. Senate Republicans made transportation a priority and proposed a comprehensive package of bills focused on making sure transportation dollars are spent on transportation projects. Those negotiations will continue as the special session on transportation moves forward into 2016.

As I look forward to leading Senate Republicans into 2016, I know there is much work to be done. There will, no doubt, be more attacks on the pocketbooks of California taxpayers no matter how much money the state collects. Senate Republicans will remain dedicated to spending tax dollars more efficiently and effectively – without raising your taxes. Finally, Senate Republicans are committed to bringing more accountability and transparency to government operations in California.