Follow-Up on Top 20 Bills to Veto 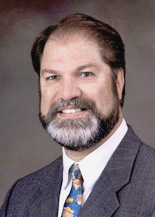 At the conclusion of the 2015 Session, Senator Joel Anderson and I selected the twenty worst bills on the Governor’s desk, with a little help from publisher Jon Fleischman (see

By the end of this last weekend, Governor Brown vetoed 40 percent of the bills we thought were the best candidates for veto.

There were just over 2,300 bills introduced this year. So, about 41% of introduced bills actually made it to the Governor’s Desk.

While the Governor gets credit for vetoing some of the bad legislation, he also let stand others which will have a profoundly negative impact on our economy and families.  This includes bills like SB 331, which seeks to undermine the right of citizens to know how their elected officials negotiate on their behalf, and is a sad testimony to the power and influence of public employee unions in Sacramento.

As a freshman, I came in with my own strong perspectives.  One was the precariousness of the state’s budget and the propensity to grant tax credits without regard for their impact on the net tax revenues generated.

During an interview with the Orange County Register’s editorial board earlier this year, I stated that I was generally opposed to income tax credits that favored specific industries. The one discussed was the film industry.  The State of Louisiana is literally choking on this specific tax credit, as it has had a serious negative impact on their annual budget

I decided to go after a number of the specific tax credits that were proposed this year. The big one was the Earned Income Tax Credit (EITC), which gives money to those who earned some $7,000 or less.  It is estimated to cost the state $480 million.  When the Governor is looking for a managed care organization tax of more than $1 billion, it was disingenuous to build the budget on this kind of political giveaway.  I was the only vote against the Senate version of the EITC, SB 38 (Liu), on the Floor on June 3rd.

During a private meeting with the Director of Finance, Michael Cohen, I asked him who was monitoring this flurry of tax credit proposals and how would they affect the state’s bottom line.  It appears that the Governor was, as he vetoed nine of them over the weekend.  Here is a chart with these vetoed bills.

AB 99 was a conformity bill between Federal and State Income Tax Law.  This one should not have been vetoed as no legislators opposed this bill.  Regarding AB 437, for as much as I support small businesses, I decided to abstain because of budget concerns.  AB 515 falls in line with my concerns for assisting the homeless population.  My concerns about overall tax equity and avoiding double deductions were addressed in committee.

SB 251 found me debating Sen. Roth in Judiciary Committee on the size of the credit that was intended to help business owners with the onerous costs of complying with vague and often conflicting accommodations of the Americans with Disabilities Act (ADA).  I supported the ADA resolution to reduce frivolous law suits.  After a lively discussion with Senator Roth before the Governance and Finance Committee, I became supportive of his measure.  It’s a shame that this bill had to be vetoed due to the concern over the credit component.  At least I can say that I tried to make this a more palatable bill.

SB 377 (Beall) was not an added burden to the budget, but a sale of existing credits.  As Senator Beall is carrying the Governor’s proposals on additional taxes to supposedly improve our roads and highways, it’s surprising that he would turn against the good Senator on this bill.

There are even more ironies with many of the bills that the governor signed and vetoed.  The mixed messages provide enough material for a couple more columns of observations.  Overall, it is a blue state, run by a Governor who is trying, albeit in an odd way, to provide some balance.  This brings to mind the old mid-west phrase, “it could have been worse.”