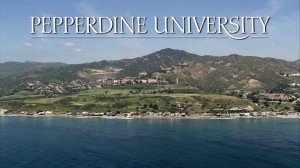 A group of graduate students working to achieve a Masters Degree from the Pepperdine School of Public Policy were assigned with obtaining all official campaign contribution forms 410, 460, and 700 for elected officials in the city of West Covina from 2012-2015.

Theirs was not an unusual request; journalists make these requests fairly regularly – or at least used to. I however, also have had my recent public records requests for Sacramento City Council emails thwarted. We ended up in Superior Court where I technically won my case, but still don’t have the emails.

As Dr. Peterson told me, during months of trying to obtain simple campaign contribution records, the students were thwarted by city officials at every turn. “People want to talk about public engagement, but this information isn’t really public at all; this information is difficult to obtain,” Peterson said. “We’re disconnected from local governments.”

He added: No one knows how far the rabbit hole goes.”

Dr. Peterson said the goal of the assignment was to show the public what it takes for the average citizen to obtain and analyze the campaign contribution forms, which by law are public record, and to reveal major influences on critical public policy issues within these cities to the public. 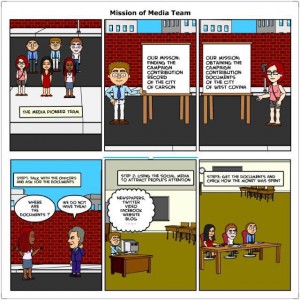 As for obtaining the campaign contributions in the City of West Covina, “It was a long, drawn-out process,” Dr. Peterson said.

Graduate student Todd Royal said they found mismanagement, deficiencies in policies and procedures, and little or no accountability. “We still do not know if we have a complete and accurate set of campaign contribution documents,” Royal said.

Royal said what he finally obtained is not usable or readable. “Even not that we possess the documents, data entry and complicated analysis is required in order to make them usable.”

“These documents are public record, and every citizen should have access to them,” Dr. Peterson said. “A transparent, open government is the bedrock of American democracy. If you don’t know who is paying for your elected officials, how can you hold them accountable?”

One can only conclude, that is the apparent plan.

On the students’ City Analysts Group website, OUR JOURNEY: THE SEARCH FOR CAMPAIGN CONTRIBUTIONS IN WEST COVINA, they chronicle the process:

When he asked to speak to the City Clerk he was told that the elected City Clerk, Nick Lewis, never comes into the office. The assistant advised him to call the Los Angeles County Registrar, and Secretary of State’s office. When he reached both offices, he was told this was an error, and the City Clerk’s office in West Covina was required by law to keep the campaign contribution information he was requesting.

After calling the City Clerk’s office repeatedly, Royal finally reached their office again and informed them that their advice had been wrong.  The clerk interrogated him, demanding his personal information, and asked why he wanted the campaign contribution forms – which is illegal to do.  He was told to submit a Public Records Request via fax, and informed it could take up to ten days.

On August 28, 2015, the grad students faxed the Public Document Request to the City Clerk’s office. They waited 10 days, and still did not receive a response.

On September 15, 2015, they called the City Clerk’s office, and reached the same belligerent assistant. They again explained their public records request for all campaign contribution forms 2012-2015, and again the clerk’s office questioned the reason for the request.

On September 21, 2015 at 10:30 a.m., two Pepperdine City Analysts students, Todd Royal and Sean Whitney, went to the City Clerk’s office in West Covina.  They videotaped the encounter. Royal said both the administrative assistant and the Assistant City Clerk were friendly to them in person. However, Royal said the Assistant City Clerk lied and told Royal and Whitney the office never received their public records request fax, even though the students had faxed it to the city twice.

On September 25, 2015, Royal called again, and was told his public records request was denied, because the City Clerk’s office was unsure of what he had requested. He had, however, explained everything to the City Clerk’s assistants in detail multiple times, all of which was captured on video, as well as putting the request in writing on two separate occasions.

By the end of September, the grad students contacted West Covina Mayor Frederick Sykes to let him know how their public records request was being handled, and to get insight on why it was taking so long to receive the campaign contribution documents.  Royal said the Mayor was very helpful and accessible, and even admitted to them the City Clerk’s office was inefficient and incompetent.

On October 5, 2015, Pepperdine student Tiffany Titus emailed every City Council member of West Covina and requested an interview.  The only person to reply was Councilman Mike Spence, who was helpful and accessible. Spence quickly acknowledged their email and forwarded it to the City Manager, Chris Freeland.

The City Manager replied, “THESE ARE NOT CITY DOCUMENTS.” Todd Royal said Councilman Spence corrected him, and said, “the city would have them.”  Ms. Titus was then directed by the City Clerk’s office to the very same page on the city website that the grad students found with a simple Google search on when they began their project August 26. The web page has no information or links to the campaign c

They reported that by this time, after the runaround and lies from city staff, they doubted they would ever obtain the campaign contribution forms.

On October 19, 2015, the Pepperdine graduate students finally received the campaign contribution documents.  The amount received was questionable, disorganized, and in a paper format not readily usable.  Further, the documents cost the students $115.40, and Todd Royal had to drive to West Covina for a second time to retrieve the documents.  Royal said he was told the city does not accept credit cards, when, in fact, they do receive credit cards at the finance department where he ended up paying for the documents.

“This proved Dr. Peterson’s point that the average citizen really does not have access to public records,” Royal said. “I had an advantage in that I had run for office and was familiar with the process.”

Royal added: “But this was like a Saturday Night Live skit.”