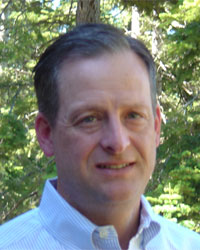 At first blush, boys identifying as girls and demanding access to the girls’ bathroom seems like a recent phenomena. But the underlying issue–identity versus reality–is nothing new. 19th century writer Hans Christian Anderson explored the subject in “The Emperor’s New Clothes”.

As you may recall, the emperor hired a pair of weavers to update his wardrobe. As it turned out, they spun a better tale than robes.

Although in reality he was not wearing anything, the King identified as fully clothed. The untrustworthy tailors had convinced the royal that his new clothes were not visible to anyone who was incompetent or stupid. Only a child was brave enough to finally blurt out the naked facts.

In today’s push for sexually integrated bathrooms, all too many have given into the notion that sincerity trumps reality and those who don’t go along are stupid, or worse, are hate filled bullies. But it is possible to have compassion for those that believe biology has betrayed them without integrating traditionally sex separated facilities.

In California, Privacy For All is gathering signatures to place the Personal Privacy Protection Act on the November 2016 ballot. This is the same group that challenged a 2013 law that would force boys and girls to share public school bathrooms, showers and locker rooms in the Golden State. The challenge is ongoing in the California courts.

According to Privacy For All, this new initiative is necessary even if the challenge to the 2013 law is successful. As is happening throughout the country, California school boards and city councils are not waiting for legislative authority as they figuratively remove the “boys” and “girls” signs from bathroom doors.

If a boy identifies as a girl, or vice versa, then the emperor is fully dressed.

The Personal Privacy Protection Act, if passed into California law would require that the State’s public bathrooms, showers and locker rooms in government owned buildings must remain sex separated. While private facilities would not be prohibited from eliminating gender distinctions, they could not be sued for maintaining sex separateness.

To sign a petition or find out more about this issue, visit the Privacy For All website at http://privacyforall.com/. PFA is asking that petitions be postmarked by December 14, 2015.