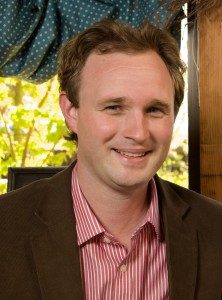 With the holidays in full swing and the New Year approaching, it’s a time to reflect on the past and set goals for the future. Thirteen Republicans, myself included, will return to the Senate and Assembly chambers as alumni of the California Trailblazers program this January. We embark on a new year, with the same resolve: to make California the golden land of promise it once was. In order to strengthen job creation and protect taxpayers, we remain committed to stopping tax increase proposals and burdensome regulation. Equally important is removing barriers to high-quality education for California’s children, who are the future of our state.

California Trailblazers made significant contributions in 2015. Through the Trailblazers program we studied policy, identified priorities and received the training and preparation needed to define, shape and control debate on important issues once elected. And that is why, as freshmen legislators; we were positioned to make such strong strides to protect hardworking Californians.

There are a few successes I would like to recognize, as we work to build on them in 2016.

Providing transparency in government operations is paramount to the success and accountability of any democracy. Which is why my colleague, and Trailblazer alumni, Assemblyman David Hadley (R – Torrance) introduced AB 728. By requiring the report of any and all internal audits performed by state agencies via public internet websites within five days of audit, this law ensures the transparency of state agencies by providing the audit recommendations in a timely fashion to the public.

My fellow Trailblazers alum and colleague Assembly Mark Steinorth (R – Rancho Cucamonga) also introduced legislation to uphold the integrity of our democratic process at its core – the authentication of votes made via the ballot box. AB 363 will improve election efficiency by allowing ballots to be picked up and processed prior to the close of the polls. This bill does not allow for ballots to be tallied or for election results to be released prior to the close of polls. However, it will provide election officials with more time to begin ballot reconciliation and processing at a secure location. Historically, election officials have had to wait until the closure of the polls to begin tallying the results. This allows for election results to be reported earlier on election night, and will save taxpayer dollars by reducing overtime costs.

As we all know, teachers are faced with many ethical decisions every day. Recognizing the need to not only provide training to identify instances of child abuse, but to put tools in place to prevent it, my colleague Assemblywoman Catharine Baker (R – San Ramon), worked to pass legislation that encourages schools to provide child abuse prevention training. The measure’s goal is to intervene prior to the abuse starting.

Assemblyman Hadley has also made significant strides toward expanding school choice for parents who preserve and protect our rights as Americans each day – our men and women in uniform. Thanks to the passage of AB 306, military families now have the option of sending their kids to the school district of their choice, instead of being limited to the public school district that serves their on-base housing. We owe a debt of gratitude not only to the men and women who protect and preserve our freedoms, but their families who make sacrifices of their own, including frequent moves and relocations.

As a Trailblazers alumni and Chairman of the Trailblazers Campaign Caucus, I am very proud of all that my colleagues have accomplished. This is a testament of their hard work and resolve, which speaks directly to the California Trailblazers program as a catalyst to help GOP candidates run for office, win and hit the ground running on day one as legislators. While we still may be considered “freshman,” we plan to make an instant impact.

In 2016, my colleagues and I plan to continue to champion conservative principles to further improve the lives of Californians. While the recent successes are helping to defeat tax increase proposals, it’s critical that we continue to build upon this momentum and increase Republican membership in the state Legislature. With the November 2016 election just 11 months away, we must continue to identify, recruit and train the next crop of California GOP talent. Success means not only changing the makeup of the Legislature, but renewing the California dream for generations to come.