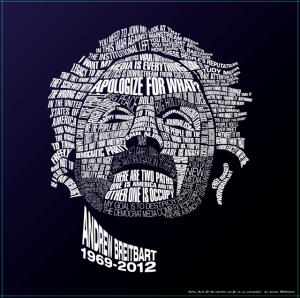 Betrayal is the only truth that sticks

The rise of Donald Trump and Ted Cruz are a direct reflection of the anger and pain of the electorate and the capitulation of conservative principles by the GOP. The electorate and conservatives are demanding change, and the GOP, for the sake of saving the grand old party, must change.  It is necessary for the restoration of the party, conservatism, and our democratic republic–one which was founded by the people and for the people, and the people are angry because they have been betrayed by the beltway. The people don’t deserve the insults and they don’t deserve the blame.  The GOP has no one else to blame but themselves.

As Ben Shapiro recently explained, the Republican Presidential primary battle between Senator Sen. Ted Cruz and Donald Trump divides insurgent Republicans into two camps: those who prize conservative values over all else, and those who prize slapping the establishment over all else. That, in essence, is the dividing line between the two candidates.

Yet, for years, the Republican base was told by GOP leaders and Democrats that a conservative couldn’t win. As a result, the Grand Old Party ushered in a new era of losing moderates: Bob Dole, John McCain and Mitt Romney. Evangelists didn’t show up for Romney; if they had, Obama would have been a one-term president. When John McCain chose a conservative running mate, Sarah Palin, McCain rose 10 points in the polls. However, McCain now refers to his former running mate as a moron.  Say what you will about Sara Palin’s intellect or style, her conservative credentials cannot be disputed.  She was, by all accounts, used by the party establishment for endorsements and to solidify Tea Party support for the GOP–support which ushered two historic elections in 2010 and 2012.   John McCain responded to these landslides by publicly referring to the Tea Party as a bunch of whackadoos and crazies.  However, these endorsements, along with the power of the people, gave the Republicans the largest congressional majority since the Civil War.

The expectations of this new majority were based on the promises made to the GOP electorate in the midterm and national elections: repeal and replace Obamacare, reduce the amount of federal spending and runaway debt, stop Obama’s executive amnesty, and stop the tax-payer funding of abortions. This majority was, in essence, a conservative majority–representative of the will of the people and an overwhelming response to the socialist agenda adopted and forcefully implemented by Democrats.

Thus, when the gavel was passed, conservatives breathed a sigh of relief as many had assumed the balance of power would be restored and the promises made on the election trail would be honored. Unfortunately, nothing was further from the truth. Much like Sara Palin, the voters were used, their voices squandered, and the new conservative majority was hijacked by the beltway republicans and given a one way ticket on the Omnibus.

Now, sizable chunks of the GOP establishment are suffering from Trump Derangement Syndrome and reject the Cruz Crew.  Although Donald Trump has pledged not to run as an Independent, many in the GOP vow not to vote for Trump should he become the nominee.  Republican pundits and consultants, who proclaim to be the champions of conservatism, have publicly and viciously disparaged this rising electorate–alienating and excommunicating these new warriors who are joining the GOP in the fight against the radical Left. The circular firing squad is relentless and shameful.  These dissenters within the GOP, who would choose socialism over the will of the people, are damaging the GOP brand–whatever is left of it.

When Ronald Reagan entered the national political arena by campaigning for Barry Goldwater in 1964, he had only been a Republican for 2 years.  His Time for Choosing speech raised $8 million dollars for the Goldwater campaign ($60 million in today’s dollars) and launched his own conservative political career, later ushering in the Reagan Revolution.

You and I are told increasingly we have to choose between a left or right. Well I’d like to suggest there is no such thing as a left or right. There’s only an up or down—[up] man’s old—old-aged dream, the ultimate in individual freedom consistent with law and order, or down to the ant heap of totalitarianism. And regardless of their sincerity, their humanitarian motives, those who would trade our freedom for security have embarked on this downward course.

But as a former Democrat, I can tell you Norman Thomas isn’t the only man who has drawn this parallel to socialism with the present administration, because back in 1936, Mr. Democrat himself, Al Smith, the great American, came before the American people and charged that the leadership of his Party was taking the Party of Jefferson, Jackson, and Cleveland down the road under the banners of Marx, Lenin, and Stalin. And he walked away from his Party, and he never returned til the day he died—because to this day, the leadership of that Party has been taking that Party, that honorable Party, down the road in the image of the labor Socialist Party of England.

Barack Obama, Hillary Clinton, Bernie Sanders, or Joe Biden will never walk away from their party. Not all Democrats are Socialists, but all Socialists are Democrats. Different actors in a different decade, who share the same goals with their predecessors–a totalitarian, centralized government that achieves more power as the government grows–suppressing the mobility, freedom and will of the individual in order to achieve their Socialist dream, which is poison to the American Dream.  Perhaps this is why progressive officials continue to tell their flock the American Dream, along with conservatism, is dead. The Republicans, who are supposed to be the champions of conservatism, have done nothing to stop this road to serfdom.  Instead they have abused and used their conservative electorate to pave this road in order to make deals and “reach across the aisle.”

When Reagan ran for president in 1980, his conservative message had a broad appeal: “Make America Great Again.” His conservative principles were delivered with clarity and conviction. He relentlessly pointed out the failures of his opponent, Jimmy Carter, and tapped into the pain and anger of the suffering electorate.  Reagan won in a landslide, broke the elusive gender gap and created a new phenomenon, Reagan Democrats. He spoke boldly, without fear, without political correctness, and without apology to Make America Great Again, and in doing so, created a big tent for the GOP, ushering in new voters who believed in individual liberty and freedom as opposed to centralized government.

Was Reagan a conservative? Yes.  Is Ted Cruz a conservative? Yes. Is Donald Trump a conservative? Not according to his past dealings as a businessmen and public statements regarding a variety of social and economic issues.  Yet, Trump immediately tapped into this pain and anger, which has fomented since 2008 and the American people are choosing to overlook a conservative checklist–much like the GOP leaders have done for years.

Trump is forcing the Grand Old Party to give a grand old damn about its voters rather than its deep-pocket donors who align themselves with the Chamber of Commerce and the capitulating Republicans who hold the power. Trump and Cruz are forcing the other presidential candidates to talk about our nation’s sovereignty, identity, and safety when it comes to illegal immigration, sanctuary cities, Syrian refugees, and visa programs which have been abused by immigrants and ignored or funded/expanded by our law makers and the president. Cruz is forcing a national discussion related to constitutional authority, the powers of the government, and the balance of power within the branches of government—all of which has been largely ignored by both parties.

Phyllis Schaffly, the mother of the conservative movement, recently gave Trump her endorsement. “Trump is the last hope to save America,” she exclaimed.  Jerry Falwell Jr. glowingly referred to Trump’s charitable actions that had gone unnoticed and said that Trump reminded him of his father—and in late-breaking news, right before this piece has published, Falwell just endorsed Trump.

“It’s so brilliant for Trump to recruit Tea Party icon Sarah Palin. Palin represents a unification of the antiestablishment attitude with the conservative values for the grassroots. Those who hated Sarah Palin also hate Trump, generally speaking: those who mocked her accent mock his; those who mocked her speaking patterns mock his; those who scoffed at her political incorrectness laugh at his. But Palin is unwaveringly conservative, unlike the pro-campaign finance reform, semi-pro-choice, pro-eminent domain, pro-entitlement programs Trump. By grabbing an endorsement from Palin, Trump shores up his ideological rear.”

Trump is also shoring up a big tent, including democrats, hispanics, new voters, and african americans.  Will Cruz build the same big tent needed for a win against Hillary Clinton? Perhaps.  But according to latest polling numbers, 42% of evangelicals are voting for Trump.  According to the Beltway Brats, Trump and Cruz supporters should not be taken seriously and labeled as extreme, disparaged with nicknames, and smugly reduced by “those who know better” –yet those who know better are polling in the single digits.

If Ted Cruz or Donald Trump wins the primary, will the GOP elite do everything they can to get Hillary elected?  Will Jeb Bush and the other discontents vote for Hillary?   Would they sooner poison the nation before poisoning themselves?  Sadly, many in the GOP promise to do just that.

The Republican Party must focus on unity in order to undo the damage and advances of the radical Left.

The very last speech given by the happiest warrior in the conservative fight, Andrew Breitbart, was delivered at CPAC in 2012.  In his closing, Andrew identified the enemy, exposed the enemy, and gave call to defeat the enemy.  I (Megan) was in that audience and we gave him a standing ovation:

And that’s what the Tea Party is.

We are there to confront the radical left on behalf of our candidate!

I will march behind whoever our candidate is. Because if we don’t, we lose.

They try to portray you in the worst possible light… and when I travel around the United States meeting people in the Tea Party who care — black, white, gay, straight — anyone that’s willing to stand next to me to fight the progressive left, I will be in that bunker, and if you’re not in that bunker ’cause you’re not satisfied with this candidate, more than shame on you. You’re on the other side.