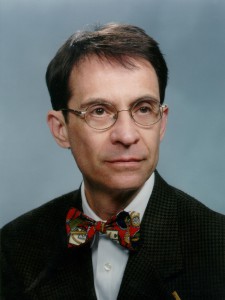 A recent YouGov global survey, found that only 9.2% of Americans rate global warming as a top concern. In fact, the headline read the “U.S. among the least worried about climate change.” What to do? Well, sue someone, of course.

The Attorneys General of each state are supposed to use their powers to protect our constitutional rights, not restrict them. So, it is a surprise to learn that the Attorney General of California, Kamala D. Harris, is using her power to investigate those who she claims are climate skeptics.

News reports tell us that Harris, who is coincidently running for the U.S. Senate, is investigating whether Exxon Mobil Corp. lied to the public about global warming, and whether that amounts to securities fraud or violations of environmental laws. The New York Attorney General, Eric Schneiderman, is also investigating. Exxon’s response is that it “unequivocally” rejects the allegations that it “suppressed climate change research,” given “Exxon Mobil’s nearly 40-year history of support for climate research that was conducted publicly in conjunction with the Department of Energy, academics and the UN Intergovernmental Panel on Climate Change.”

Leave aside such questions as to whether Exxon actually could “suppress” any research; after all, studies that warn about global warming have been published continually for decades, including those by Exxon’s own scientists. The investigations posited by Schneiderman and Harris fundamentally affect First Amendment values. Law Enforcement and a plethora of subpoenas should never be used to chill free speech.

Scientists can and should freely argue about whether man will ever be able to travel faster than light, whether we live in one universe out of an infinite number, or if our universe is alone, or whether time travel will ever occur or any other theory.

We develop human knowledge by testing competing theories. For most of human history, scientists thought that the universe has always been here. The Book of Genesis disagreed. Scientists, and those who funded them, offered competing theories. Now, most scientists believe that our universe had a beginning, and they debate whether it will have an end. The thought that government authority would investigate those who advocate one position or the other is baffling. This is not the middle ages, when people were punished because they did not believe that the earth was in the center of the Solar System.

California and some other states allow medical marijuana. For decades, the government told us that marijuana is bad, an illegal drug, with no legitimate use. During that time, the federal government funded research on why marijuana was bad. Should the State Attorney General investigate those who received these federal grants and prosecute them for lying about marijuana?

In 1970 and for years after that, the Government urged us to avoid red meat, egg yolks, and whole milk (too much fat). We complied with the Food Pyramid. From 1970 to 2005, the Department of Agriculture reported, proudly, that consumption of eggs and red meat fell by 17%, and whole milk by 73%.

We should be glad that no ambitious Attorney General tried to prosecute food industry companies if they funded research into the benefits of eggs, meat and milk. You see, during the same period (1970-2005), the incidence of diabetes doubled. Moreover, studies now show that people eating dairy products like whole milk have less of a problem with heart disease than those who do not.

In United States v. Alvarez (2012) (6 to 3), the Supreme Court told us that we have a constitutional right to lie about receiving the Congressional Medal of Honor. The Court was not recommending lying, but it recognized that if the Government can punish that, we start down a dangerous slippery slope. Justice Kennedy said simply that the Government cannot “compile a list of subjects about which false statements are punishable.” Justice Breyer defended lying, “even in technical, philosophical, and scientific contexts, where (as Socrates’ methods suggest) examination of a false statement (even if made deliberately to mislead) can promote a form of thought that ultimately helps realize the truth.”

Even the three dissenters in Alvarez would protect lying in matters of science. “Laws restricting false statements about philosophy, religion, history, the social sciences, the arts, and other matters of public concern” would “present a grave and unacceptable danger of suppressing truthful speech.”

The marketplace of ideas, not the subpoena power of government, should decide what is true or false, not ambitious prosecutors.