Two Assembly bills were just introduced addressing labor union transparency and designed to offer a choice of labor unions, and to force unions to open up their books.

Assemblywoman Shannon Grove, R-Bakersfield, is working with union employees who have been fighting the Service Employees International Union for transparency, and they’ve been educating members of their option to opt out of paying the share of dues that is used for political purposes. This is information the Union does not tell it’s members. 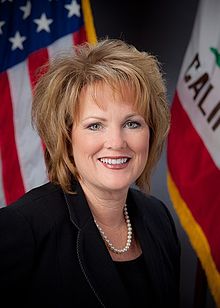 The bills are on behalf of the workers. Most media has reported that the bills are an attack on labor unions, but this is not accurate.  The workers and employees only want unions to be held accountable. They want to know why the SEIU takes more than $60 million dollars a year for negotiations and representation. And they want to know exactly how the SEIU they actually spend those $60 million dollars.

“It’s a fair question and one that SEIU refuses to answer,” said Lisa Garcia, a 30-year union member.  “It appears there may be something to hide.”

Garcia continued: “SEIU takes in over 60 Million dollars per year for Contract Negotiations and Employee Representation,” Garcia said. “What if through Transparency Efforts we could cut Union Dues by a minimum of 50% or more.  Doesn’t everybody want to keep more of their hard earned money in their own pockets, as opposed to giving it away to the Unions who refuse to account to us for what they do with our money?  There is strength in numbers, so please sign the petition and call your representatives and show your support.  We can only lose if people continue to be complacent!”

The workers know they are facing an uphill battle, but they’ve been mired in the fight for quite a long time already. People keep telling them they are wasting their time, and that the Union is too big and too powerful.

Assemblywoman  Grove’s legislation to address the frustrations of disenfranchised public union workers is a result of meetings with SEIU members all across the state who came to her seeking help to make unions more accountable to its members. 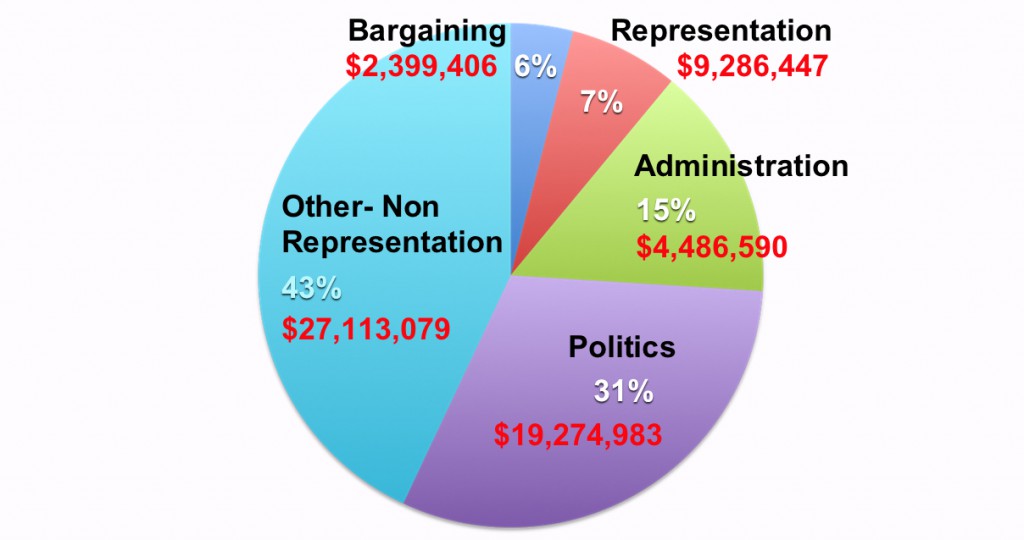 In an interview, Grove said this includes requiring public employee unions to be transparent with how union dues are spent, and a simplified process for union members to affirm or replace the union that represents them. “The stranglehold public unions have on power currently makes union choice and transparency almost impossible for its members,” Grove said. Her bills will change this dynamic.

“America is a beacon of freedom to the world because its people have real choice when picking their leaders and real transparency on how those leaders spend public money,” said Assemblywoman Grove. “Why shouldn’t public union workers have the same freedoms regarding the unions that represent them?”

Of the two union reform bills, AB 2753, would require California’s public employee unions to post an itemized version of its budget online, making it accessible for its members. AB 2754, the second bill, would require public unions to hold an election every two years to determine if the current labor union should continue to represent its members. The election would also allow workers to select another public employee union to take its place.

One of those union workers demanding more accountability is Mariam Noujaim, a SEIU 20-year member and an employee with the Department of Motor Vehicles in Sacramento. She has been trying for the past three years to find out how her union, SEIU Local 1000, is spending the nearly $60 million in revenue it collects each year. After filing a lawsuit against them, she was only able to see small sample of their records, but was not allowed to make copies.

“The State of California budget is posted on line, why cant my Labor Union / SEIU 1000 post our budget on line?” SEIU member Mariam Noujaim asked. “What is confidential with listing your traveling expenses, credit card expenses, housing and lodging expenses, clothing allowances expenses, bonuses received, and the list of number of employees on union leave and the reason and their achievements other than going on SEIU Rally?  If you have nothing to be afraid of why aren’t you proud to show me how you spend my dues?”

“I am not against the original idea of a union representing the rights, wages, and benefits of working members,” Noujaim said. “Unfortunately, with the huge amount of money they have been taking from workers, the union bosses act as if it is their money to do with whatever they please.” (Read more of Noujaim’s story here.)

Rick Gay was once a steward for SEIU 721 in the Inland Empire, but ended up joining a competing employee association, the Regional Employees Association of Professionals (REAP), after becoming dissatisfied with SEIU tactics of “deceit and underhandedness,” Grove said. “REAP has tried to become a recognized county labor organization, but even after meeting all the required criteria, Gay said the county still refused to recognize them.

“Unions have a stranglehold on our political system, and complete unfair advantage,” Gay said in an interview with Grove. “No one body should have this much influence and power. There needs to be a legitimate alternative to removing bad organizations… . Unions, like politicians, should be re-elected on their merit not how deep their pocket books are.” (Read more of Gay’s story here.)

Grove said a coalition of public labor union reformers put together the following video to advocate for union choice and transparency.

Grove and the union employees have set up websites for information as well as places to sign the petition in support of the bills. They are striving for 1 million signatures.

SEIU member Lisa Garcia was one of two people allowed to audit SEIU’S books. “We were given only four hours to review a $62 million dollar budget for two years. We were denied a CPA, denied the opportunity to make photocopies and forced to take a one-hour lunch break.”

“All we wanted to know was how our money, as SEIU members, was being spent.
It was obvious we weren’t going to get any real answers.

“We looked through three boxes as best we could, finding such expenditures asmonthly payments of $1.2 million dollars to SEUI International pages and pages of individual check payments of $600 or less millions of dollars in traveling expenses, food, hotels, car rentals, with no explanation or itemization of where and when more than $10 million in legal fees (this is line with horror stories we hear from members who say they’ve been sued into submission).”

Garcia continued: “Out of the three boxes we were given to sift through, 2 1/2 of those boxes contained ledgers that were difficult to interpret. It became exceedingly obvious that SEIU had not only given us boxes of mostly junk, but had failed to give the most critical documents showing the personal expenditures for the representatives.”

Some of the union members featured in this video are listed below with contact information:

Links to media and information: