California businesses are increasingly being pushed to participate in economic boycotts of anything to do with Israel. The insidious, growing “boycott, divestment and sanctions” movement absurdly claims that Israel practices apartheid. 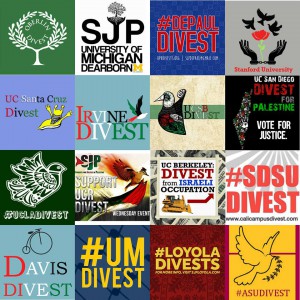 Followers of the BDS movement paint Israel as vicious and evil, and say it should be discarded from American investments.

The BDS movement even calls for universities to divest from companies associated with Israel, and has perpetuated the growing anti-Semitism movement lurking on California college campuses. Attacking the State of Israel has become a convenient pretext for the expression of anti-Jewish bigotry.

Since taking shape in 2001, when non-governmental organizations and activists prompted by the Palestinian Authority hijacked a United Nations conference on racism, the BDS movement has sought to convince others to attack Israel and its partners through economic, political and cultural means.

Assemblyman Travis Allen, R-Huntington Beach, introduced Assembly Bill 1552 in January, which prohibits state entities from contracting with parties that engage in commercial discrimination, and boycotts on the basis of national origin.

Allen says his bill does not penalize or in any way infringe on private rights to free expression, and therefore steers clear of any First Amendment concerns. “Rather, the legislation exercises the state’s right to choose with whom it will contract, recognizing that such prudence when spending taxpayer funds is an important part of upholding California’s economic interests and values,” Allen explained recently. “The legislation being considered respects the First Amendment rights of the BDS proponents to sell prejudice and even spread malicious falsehoods if they choose. However, it makes clear that California taxpayers won’t be forced to buy it.”

But an interesting turn of events has taken place — Allen got hornswoggled by a few Shmendriks in the California Legislature’s Jewish Caucus.

After Assemblyman Allen announced his legislation, members of the Jewish Caucus weren’t happy with his Chutzpah for doing it without consulting them first. It was an odd reaction, because the Jewish Caucus did not have any anti-BDS legislation in the pipeline, and I’m told, had no plans for any such legislation.

The Jewish Caucus proposed amendments to Allen’s bill. Assemblyman Allen accepted all of the amendments, and tried to get the bill moved on to legislative committees for hearings. But the Jewish Caucus sat on it, and AB 1552 has been stalled and stuck in the Rules Committee since January.

Oy Gevalt! This week in an end run, the Jewish Caucus pulled a fast one, and gutted and amended another bill, stealing the language of Assemblyman Allen’s.

“I decided to run this legislation in October of last year because it was the right thing to do,” said Allen. “I formally introduced legislation January 4th and have since been working tirelessly to work with the Jewish Caucus and stakeholders to get behind the effort. Ultimately the fight is to end BDS, and that fight transcends the partisan politics. It is too critical an issue to confront divided. Any effort to weaken AB 1552, is an effort to weaken California’s stand for Israel. AB 1552 the only bi-partisan bill in the California Legislature that has been organizing a movement for months. I have been ready with 1552 since January, and I stand ready to move forward this week united to end BDS in California.”

BDS Does Not Promote Peace

Critics of BDS assert that rather than promoting peace, the BDS movement denies the right of the Jewish State to exist, regularly employing tactics designed to harm Israel. Its use of false, demonizing and delegitimizing propaganda to promote negative public perceptions of Israel and foment commercial discrimination against the country has been well-documented by expert anti-hate organizations such as the Anti-Defamation League. “As a sad result, in California, Israeli commercial ships have been disrupted at the Port of Oakland, and student governments in our state university system are succumbing to the lies and propaganda of the BDS movement by voting in favor of divestment from Israel,” Allen said in a recent op ed.

The AMCHA Initiative, a non-profit organization dedicated to investigating, documenting, educating about, and combating antisemitism at institutions of higher education in America, has released a new report —”Antisemitic Activity in 2015 at U.S. Colleges and Universities With the Largest Jewish Undergraduate Populations.” The report found four of the top five schools ranked for “Highest Overall Antisemitic Activity” are California universities: UC Santa Cruz, UC Berkeley, UC Davis, and UCLA.

“Intifada, Intifada, We Support the Intifada,” a group of students protesting at UC Berkeley shouted at a protest.

They refer to Israel as the “Apartheid State of Israel,” and claim “they illegally occupy, inhumanely treat and slaughter Palestinians.” Yet to compare Israel with South African Apartheid is unbridled ignorance. The Arabs of Israel are full citizens. They vote and Israeli Arab MPs sit in parliament. Anyone who equates Israel and apartheid is simply not telling the truth.

The report also found a strong correlation between the presence of faculty who have expressed public support for an academic boycott of Israel and anti-Semitism.

It would appear the Jewish Caucus supports the BDS movement; otherwise they’d support Assemblyman Travis Allen’s bill as it is written… it’s hardly controversial, unless one subscribes to the anti-Semitic thought process.