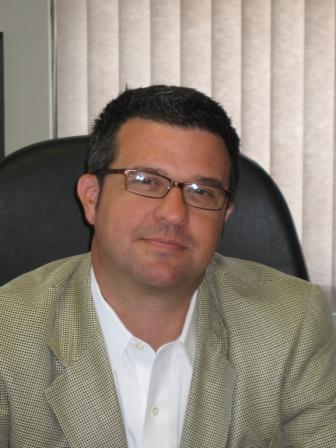 Both conservative and liberal presidential candidates have universally condemned Donald Trump’s assertion that “eminent domain is wonderful,” and yes, even democratic socialist U.S. Senator Bernie Sanders has rejected this notion.

This condemnation was evident when a Ted Cruz for president campaign ad reminded voters of Trump’s failed attempt to seize a little old lady’s home by eminent domain, in order to make way for a limousine parking lot for his Atlantic City casino.

These kinds of takings were all too common in California, as well. To add insult to injury, California took it a step further by using taxpayer dollars to help developers finance their luxury hotels and golf courses, and shopping centers. That was until the State Legislature and Governor Brown abolished this practice, otherwise referred to as “redevelopment.” They did so because redevelopment was costing taxpayers billions a year and draining the state’s general fund, and not because they were concerned with protecting your private property rights.

That was then, not now. Today, a good number of GOP State Legislators share Trump’s view that eminent domain is wonderful, and a useful tool to stimulate “economic development.” Last year, a large number of Republicans joined the Democratic majority to support legislation (AB 2: Alejo) that resurrected redevelopment agencies (RDAs), even though an independent State Legislative Analyst report concluded that RDAs did not provide a net economic benefit to the state.

This resurrection required RDAs to be rebranded as Community Revitalization and Investment Agencies (CRIA), so not to remind taxpayers of waste, abuse and public corruption. But, just as in the past, CRIAs shared the same corruptive business model, the use of taxpayer dollars and the power of eminent domain to finance private development.

One would think that government’s appetite to seize private property would have limits, but no. Assembly Member Luis Alejo (D-Monterey) has now introduced Assembly Bill 2492, which would not only subject individual homes and small businesses to eminent domain, but entire neighborhoods and communities, one block after another.

Alejo’s legislation expands the circumstances by which private property can be seized if a neighborhood or community conforms to an overly-broad definition of presumptive “blight.” The legislation also allows CRIA’s the flexibility to declare entire census blocks or census tracts blighted, whichever of the two allows local government to maximize the amount of land seized. In addition, presumptive blight designations take into account crime statistics and unemployment rates, which often fluctuate, and the condition of public infrastructure. Many of the criteria are beyond the control of property owners, as if they are responsible for local government’s failure to police communities and maintain public infrastructure. As a consequence, property regardless of its condition, would be susceptible to eminent domain abuse.

On Wednesday, April 27th, legislation that would make Donald Trump proud will be heard in committee as thousands of locally elected officials descend on the State Capitol for the League of California Cities annual lobbying day, all but assuring the bill’s passage.

To what extent California taxpayers will once again finance eminent domain takings will be evident in the coming months. But, no longer will legislators be able to tell voters that they stand with them, only to cast votes that undermine private property rights. An “aye” vote on AB 2492 will certainly reveal, once and for all, who shares Donald Trump’s view that eminent domain is indeed “wonderful!”