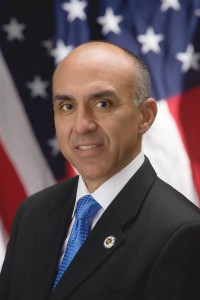 Child killers. Rape-torture-murderers. Cop killers and serial murderers. These are the worst of the worst.

It takes an evil person to kill another innocent human being, but it takes an especially depraved mind to commit acts so utterly heinous that you earn a spot on California’s death row. Depraved minds like that of Charles Ng, who over the course of 1983 to 1985, committed as many as 25 murders in Calaveras County. Ng kidnapped families, tortured then murdered fathers and infants while forcing the mothers to watch. He then repeatedly tortured and raped the mothers, before finally killing them as well.

It has been over 30 years since his last murder.

Ng fled to Canada where he fought extradition for over six years. Finally sent back to California, he engaged in a series of legal maneuvers to delay his trial for seven more years. His time in court did not begin until late 1998 – 13 years after his last rape-torture-murder. He was convicted and sentenced to death in 1999 and for 17 years since, has sat on death row in San Quentin, denying justice for the families of his victims.

To protect public safety, bring justice to the worst criminals and closure for the families whose loved ones were taken from them, California’s death penalty must be reformed so that it can actually be used. These reforms are not complicated. They include requiring special death penalty counsel to be appointed sooner to stop legal delays, requiring death row inmates to work while awaiting appeals and pay restitution to their victims’ families, allowing death row inmates to be housed in double cells in any maximum security prison and replacing the current, three-drug lethal injection cocktail with a single-drug protocol that is the same drug recently approved for physician-assisted suicide in California.
Unfortunately, at the same time victims’ families, districts attorneys, and law enforcement leaders are trying to reform the death penalty, opposing forces are working to repeal it and they have received millions of dollars from liberal activists and expected to qualify for the ballot. The only way to stop this repeal effort is to ensure the California Death Penalty Reform and Savings measure is also on the ballot.

Despite all the attacks against the death penalty by the soft-on-crime liberals, Californians still strongly support capital punishment. If they have a fair choice, they will pick reform over repeal and we need to give them that choice.

We are in the final stages of collecting the signatures needed to place the reform measure on the ballot. Petitions are being collected by volunteers, but in a state as big as California, some portion of signatures will be collected by paid petition gatherers and our campaign is behind our fundraising goal to make sure we can pay for them. Our campaign needs to raise one million dollars by next week, or death penalty reform may not make it on the ballot.

The threat, and application, of a working death penalty law in California is law enforcement’s strongest tool to keep our communities safe. After two decades of falling crime in California, violent crime is on the rise again in our state.

It’s no accident that since thousands of prisoners started getting early release to relieve prison overcrowding, and dozens of other crimes were changed from felonies to misdemeanors, that crime has started to go back up. If the death penalty is also repealed, many law enforcement leaders fear that we will face a tidal wave of violent crime like we have not seen in over 20 years.

For the victims and their families and for law enforcement leaders who toil every day to keep us safe, help us save and reform the death penalty.