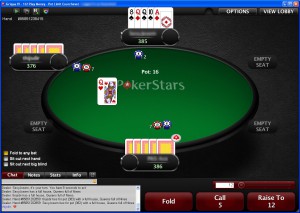 Each legislative session there are bills that go through the California legislature that are of great concern to me for one reason or another.  There are bills that raise taxes (even though our taxes in California are amongst the highest in the nation), that heap on more regulations (even though no one is regulated as much as we are), and that simply grow the size of government in our state (as if it isn’t big enough).  There is nothing that makes me more sick to my stomach than when legislators seek to use the power of state government to pick winners and losers — and sometimes in such an obvious, brazen way that it makes you wonder, for a moment, if it is a practical joke.

While I keep an eye on Sacramento politics, being from Southern California I not everything catches my eye.  But recently I read an editorial from the Sacramento Bee, Legislators, Casino interests smell money with online gambling bill, that focused on a bill by Assemblyman Adam Gray (D-Merced)  – AB 2863 – that would make it legal for Californians to legally gamble on their smart phones and computers — specially to play poker online.  As I recall a few years ago the feds for various reasons shut down most of the more “legitimate” offshore companies (Pokerstars comes to mind) that were in this space, but apparently if a state creates a legal framework for someone wanting to start up an internet poker business, then it passes muster.  Hence the Gray bill.

That said, both from reading the editorial by the Bee, and then taking the time to actually read the bill (which isn’t short) and its legislative analysis — I got that sick to my stomach feeling again.  This legislation — sucks.

I should throw out there first and foremost that I am generally a pretty libertarian person, philosophically. If people want to gamble with their own money, that’s on them.  Sure there are attendant issues here ranging from addiction to figuring out how to keep minors from gambling — and there are positive but also negative community impacts when a gaming establishment opens locally, which can require mitigation.  But generally gambling is a consensual act between two willing parties.

But what Gray, and those working with Gray have proposed — is not only preposterous but absurd.

You would assume, when you are taking something that is illegal, and making it legal, that to the extent that there are requirements or regulations you would spell those out — and then anyone who can follow the rules would be able to engage in the activity.  For internet poker, and I say this as a layperson, what would those be?  Some ability to approve your software and website, audit your books, transparency to avoid cheating, some amount of reserves or insurance to make sure you can cover losses, and no doubt a few other things.

But Gray’s bill doesn’t just lay out the basic criteria and open internet poker up to the ingenuity of Californians (who produce some of the greatest and most sophisticated entertainment software in the world) — but this legislation picks a small group of winners — some Indian gambling interests and some card rooms — and grants them, and only them, an exclusive monopoly in this space.  Yes, the legislature will magnanimously give Californians the right to play poker, with their money, on the internet — but will restrict who can own and operate these websites that offer the service to a small special interest group.  There will be no tech entrepreneurs in their garage figuring out how to engage in this space, connecting with “Angel” investors for capital investment.  Not only is innovation killed in the process, but so is competition — which helps the consumer because you are smoking dope if you don’t think a small number of operators means the odds will be, literally, more stacked against the player. 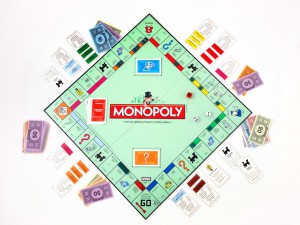 But wait — it gets absurdly worse. As many legislative horror stories get.  Obviously the well-heeled lobbyists for the tribes and card rooms have been very effective in convincing some legislators to give them a monopoly on internet poker. But other interest groups in the existing gambling “space” have also been engaged — those representing horse racing tracks. The current version of the bill restricts operating internet poker to just the tribes and card rooms, which is terrible.  But even worse, as if race track owners have some sort of “right” to all gaming revenue in the state, this legislation literally provides that million of dollars of proceeds from internet poker profits must be used to shower the horse racing industry with cash.  It’s like the ultimate game of monopoly being played with just a few people at the table.

So much for a legislature of the people, by the people and for the people.

It seems that the small group of tribes, card room owners and those in the horse racing industry are the smart ones here.  While Californian’s may gamble playing poker, this is a sure winner for them.  Thanks to state government.  And I expect it will be a big winner for politicians as well, as these interests drop big campaign contributions upon them, a staple of the culture of corruption that permeates the State Capitol these days.

[Note: An earlier version of this column stated that card rooms were not able to engage in operations of Internet Poker sites under this bill, which was incorrect.  The column as updated is more accurate.  Flash]