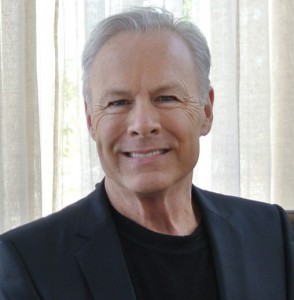 In January 2014, President Barack Obama called Gov. Jerry Brown to express his concern about the impact of California’s prolonged drought on the state’s citizens and pledge federal support for drought relief efforts.

He must not be keeping tabs on what’s going on at his Interior Department.

On August 17, the Wall Street Journal’s lead editorial, “The Pipeline and the Short Seller,” revealed a chain of emails obtained through the Freedom of Information Act (FOIA). Cadiz, Inc. filed the request after its plan to bring 50,000 acre-feet of water annually to Southern California from a massive aquifer under the Mojave Desert was delayed when the California Director of the federal Bureau of Land Management, an agency within Interior, signed a controversial guidance opinion, left it on his desk, walked out the door and retired.

The guidance stated that the Cadiz Water Project’s proposed use of an Arizona & California Railroad right-of-way for its water pipeline would need a separate permit from BLM, a first-of-its-kind determination that has been questioned by many in Congress. Cadiz and its supporters maintain the guidance is contrary to existing law and policy, which has historically allowed third parties to co-locate infrastructure within a railroad right-of-way without federal permitting, so long as the infrastructure furthers a railroad purpose, at least in part. The editorial points out that “Cadiz spent several years and $12 million reconfiguring the pipeline to ‘further a railroad purpose.’”

Cadiz shared its FOIAd emails with the Wall Street Journal, which revealed some very troubling ones in its editorial. They detail communications between the BLM employee who processed Cadiz’s application, Erik Pignata, and Thomas McGannon, a manager at Whetstone Capital, a hedge fund that takes “short” positions on stocks, meaning they would profit when a stock’s value declines.

On Feb. 19, 2015, Mr. McGannon inquired if there has been “any movement on the project discussions since we last spoke?” Mr. Pignata replied: “No, we are formulating our evaluation with DOI legal staff.” The emails suggest the two chatted repeatedly over the phone.

On June 4 Mr. McGannon emailed “great to catch up” along with a link to a blog post … that eviscerated Cadiz. On September 23 Mr. McGannon asked if there was “any news likely this week?” Mr. Pignata replied: “I have a briefing w/ the almost-highest people in my agency tomorrow . . . No pressure or anything.” Mr. McGannon cheered him on: “You got it man!”

A week later, Mr. McGannon inquired into when an adverse ruling would be finalized: “Wont [sic] it be great when I don’t bother you anymore.” Mr. Pignata replied: “I have a feeling Cadiz, Inc. isn’t going anywhere . . . .” Several of Mr. Pignata’s emails suggest an animus toward the Cadiz project.

On October 1, Mr. Pignata assured his hedge-fund pen pal that the BLM determination would “for sure” be “signed tomorrow.” Mr. McGannon rejoiced: “Maybe one of these days ill [sic] get to buy you a beer or something as a thank you.” BLM made its ruling the next day.

I’m not a lawyer, but this buddy talk sure looks like it could qualify as a violation of federal regulations prohibiting the disclosure of non-public information for a third party’s financial gain. The new California Director of BLM has forwarded the exchanges to the Interior Department’s Solicitor General for further investigation. The House Committee on Oversight and Government Reform is also investigating and has sent letters to BLM and Whetstone demanding information and appearances before the Committee. The Securities and Exchange Commission should join in, as well.

Reprehensible as this behavior appears to be, the larger issue is why, if President Obama has pledged the federal government’s drought support, does a federal agency appear to be so determined to delay a project that can provide water to 400,000 people a year without harming the environment or depleting the aquifer? (This environmentally benign design is documented in the project’s EIR and rigorous groundwater management plan, both of which emerged from the seemingly mandatory rounds of CEQA litigation with a 12-0 record against their vanquished opponents.)

Over 160 Wall Street Journal readers have commented online about this, overwhelmingly supporting Cadiz and questioning the federal government’s actions. Many of the commenters zoomed in on these telling words from the editorial: “[The] Interior [Department] at the insistence of California Sen. Dianne Feinstein revised its policy ….”

Isn’t she always talking about how she’s for drought solutions?

Laer Pearce is the author of Crazifornia: Tales from the Tarnished State and a consultant to Cadiz, Inc.