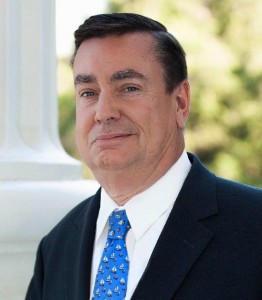 In the Imperial and Coachella Valley, the local municipal utility, the Imperial Irrigation District (IID), abruptly ended its solar net metering policy, without warning, leaving about 1,200 applications for the program in limbo. Many of these customers already had solar panels installed on the roof and were just waiting for the utility’s approval to interconnect. They are now left with stranded assets and sunk costs.

This is a failure of government. Not only has the utility shut down a growing solar industry, but they’re punishing their own customers who supported it.

A bill introduced this week, AB 2163, is just the thing to protect these citizens from government overreach. It would allow only those stranded customers to access net metering, the program they had thought they would be getting when they made the decision to go solar. This is a good solution to a bad problem.

I plan to support because I believe that consumers should get a fair shake and that there should be transparency and fair process when it comes to government at any level. Those of us serving in the legislature, representing the needs of the people and not their electric utilities, should pass it expediently.

Across the state energy consumers, who in the past have had no choice in how their electricity is generated and transmitted, now have the freedom to install solar on their own rooftops and save money on their electricity bills. What was once a monopoly is becoming competitive for the first time to the benefit of all of us. Meanwhile, rooftop solar installations are, by nature, local and the jobs that come with them (and there are a lot) follow suit.

This bright spot in our economy is now no longer available to the people of the Imperial and Coachella Valleys. And what’s worse is the situation of the stranded customers, who have essentially been bait-and-switched by a public agency meant to serve them. Let’s pass AB 2163 and protect consumers who support job creating industries.