Letter to Gov. Brown re: Back Door Media Licensing In AB 1671 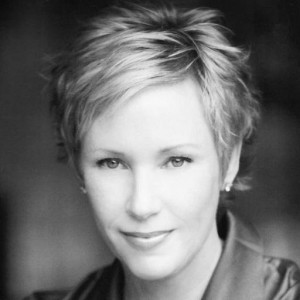 I wanted to give you a heads up on a bill sitting on your desk.

Assembly Bill 1671 was passed by the Legislature – entirely on a party line vote – and is awaiting your decision. In a nutshell, the bill “Makes it a crime to intentionally disclose or distribute, in any manner, and for any purpose, the contents of a confidential communication with a health care provider after illegally obtaining it.”

This is the bill drafted to destroy David Daledin and the Center for Medical Progress and their undercover Planned Parenthood videos exposing the illegal harvesting and sales of baby parts. This bill does far more than “align California law with the law of other states that prohibit interception and disclosure of confidential wire, oral, or electronic communications,” as the bill analysis states.

The rest of the story comes in the amendments.

Mainstream media outlets have carved out exemptions for themselves, done through amendments… Which begs the question, “what constitutes a media organization?” One amendment reads:

For purposes of this subdivision, “social media” means an electronic service or account, or electronic content, including, but not limited to, videos or still photographs, blogs, video blogs, podcasts, instant and text messages, email, online services or accounts, or Internet Web site profiles or locations.

This is back door media licensing. Absent from the above description are mainstream media: newspapers, television, and radio.

Freedom of the press protects the right to obtain and publish information or opinions without government censorship or fear of punishment, whether or not government finds the material offensive, or disagrees with it.

Free speech enables people to obtain information from a diversity of sources, make decisions, and communicate those decisions to the government.

You may recall my press credential renewal was denied by the Capitol Correspondents Association of California. I fought and won my press credential back following a Legislative Open Records Act request submitted by attorney Paul Beard and the Pacific Legal Foundation, and an administrative appeal to the Joint Rules Committee.

“A diverse and critical press corps is a linchpin of a free society,” my attorney said. “We are pleased that Ms. Grimes has been given the access to the halls of our state government that she deserves—and is entitled to under our Constitution.”

Mainstream media groups lobbied for changes to the bill over concerns reporters could get caught up in criminal charges if they reported and posted videos from sources which later turned out to have been obtained illegally, under the new bill. While they are right to be concerned, this presents a new set of standards.

The bill now includes exemptions for some media outlets – Which can’t be done without the state defining what is and isn’t a media outfit worthy of the exemption.

This is a back door move to legally define what is and isn’t “legitimate media” — also known as media licensing.

Yet the First Amendment provides for no such distinctions.

Any effort to establish media licensing, under the auspices of “clearing up the confusion” that’s been sparked by new media, bloggers, and video journalists opens a First Amendment violation.

The best check against abuses by government officials, as well as those by the media, is to uphold freedom of speech and freedom of the press for those who choose to exercise these rights. The First Amendment doesn’t just apply to large mainstream journalists, even though they appear to think it does.

Thank you for your consideration Gov. Brown.