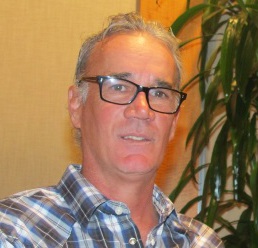 It feels like tonight is game one of the 2016 Super World Series Bowl, where the 1985 Chicago Bears are facing the 2000 New York Yankees. It makes my stomach hurt. Two teams I can’t stand, for very different reasons, facing off for the title. I have to watch. After all, it’s the Super World Series Bowl. Everyone’s watching. No matter what, the outcome will be bad.

I can’t root for the Bears even though I’m an NFC north guy. My NFC north team didn’t make it. The Bears did. Led by cocky and arrogant Jim McMahon. The guy that succeeded when the rules worked to his advantage and either broke the ones that didn’t or complained about them like a child. The guy that showed up to his first press conference with a beer in his hand, pissed in a doorway when being interviewed by a reporter, and dropped his pants and bared his ass for a news helicopter hovering above. I hate this guy.

On a personal level I hate the Bears way more than the Yankees. I wouldn’t want to see Mario Rivera take a line drive to the forehead tonight, although I would like for Jeter to go 0 and 4 with an error or two. But, then again I can’t say it wouldn’t please me to see Jim McMahon sprawled out on the turf with his knee bent sideways at a 45 degree angle and blood coming out of his ears. Yet, I don’t wish for the Yankees to win. I hate them too.

I have a lot of friends that want to see the Bears win. They aren’t wearing silly Jim McMahon orange and blue mullet wigs or waving a foam finger in the air and shouting at the television. They weren’t their first or even third choice, so they are just quietly hoping for the win. On the other hand, I have a lot of friends (including my wife) who are die-hard Yankees fans. They’re really only fans because they’re “from New York” or their parents were, and even though they wouldn’t be able to tell you who actually plays first base or Derek Jeter’s batting average, they’re still solidly and enthusiastically rooting for them.

It’s inevitable that there will be a winner. I won’t be happy either way. It’s okay though. There’s always next season. And after all, it’s only a game.