Language Immersion programs are the optimal approach to learn a language. This is never more evident than in the Defense Language Institute in Monterey, CA, a Department of Defense educational and research institution which provides linguistic and cultural instruction. They use classroom teaching as well as immersion techniques for maximum results. 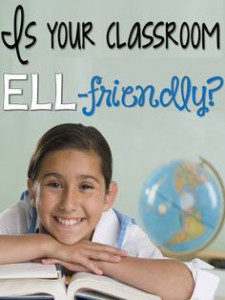 Immersion is also the best way to assimilate immigrants into any culture.

California Proposition 58, “Non-English Languages Allowed in Public Education” would put an end to the educational concept of English Language Immersion in California’s public schools – something that legions of educrats and radical Latino activists have been actively promoting since 1998.

Prop. 58 effectively would repeal the 1998 Proposition 227 that required English language learners in California schools be taught largely in English only.

Proposition 227 won by a landslide vote of the public in 1998, 61 to 39 percent. The initiative drastically limited bilingual education, replacing it with structured English immersion. Bilingual education emphasizes the use of English-learner students’ native language for instruction in core subjects, while structured English immersion requires teachers to teach primarily in English.

Proposition 227 also required that unless enough parents in a school district sign a waiver authorizing bilingual instruction, all children, including English language learners, must be taught in classrooms where the language of instruction is “overwhelmingly in English.” Many liberals found this condescendingly too challenging for Latino parents.

Numerous studies , as well as tests that compared the results of English immersion to bilingual education, point to the conclusion that our current policies of language immersion work best.

So why did the Orange County Register endorse Prop. 58?

They clearly did not ask legal immigrants how they feel about bilingual education. I have.

Every immigrant parent I’ve spoken with says their children are automatically segregated from their school classmates – based only on their Hispanic last name – and put into Spanish language classes — whether or not they speak Spanish at home!. Many are stuck there until the end of Middle School. Consequently, the students don’t start reading English until they are teenagers, making English very difficult and in effect, a second language.

My family moved for a short time to Argentina when I was only two, where I was totally immersed in Spanish language, as a young language learner. Within a very short time, I was as fluent in Spanish because that is the only language anyone spoke to me, other than my parents.

California College professors tell of many Hispanic students who are native-born Californians, but have shockingly poor reading and writing skills in English, and appear to be stuck in a nowhereland called “Spanglish.”

Studies in the wake of Prop. 227 have been spotty, offering mixed results on the efficacy of English immersion programs. Proponents of English immersion point to rising test scores and greater numbers of immigrant students being admitted to state colleges and universities following the implementation of Prop. 227, but bilingual education supporters contend that there were other factors responsible for those increases. And a five-year study by the American Institute for Research and WestEd found “little to no evidence” of more positive success for any rigid template in teaching English-learners, and indicated “no single path to academic success among ELs.”

According to a 2009 report in City Journal by Heather MacDonald:

Hispanic test scores on a range of subjects have risen since Prop. 227 became law….

Two broad observations about the aftermath of Prop. 227 are incontestable. First: despite desperate efforts at stonewalling by bilingual diehards within school bureaucracies, the incidence of bilingual education in California has dropped precipitously—from enrolling 30 percent of the state’s English learners to enrolling 4 percent….

“White Guilt,” a phrase made popular by Shelby Steele in a 2006 book of the same name, is a belief among mostly white liberals that being white is a great transgression against the rest of the world for which one must spend their life making atonement. It is often exemplified by embracing the cultures and philosophies of various other ethnic groups while neglecting one’s own roots. Shelby Steele, a self-described “black Conservative,” is an author, documentarian and a Senior Fellow at Stanford University’s Hoover Institution, specializing in the study of race relations, multiculturalism, and affirmative action.

Perhaps the most distressing reasoning in the OCR endorsement of Prop. 58 is this: “Even middle-class parents, even those in households in which only one parent works outside the home, remember how much paperwork comes home from school, some of it confusing to even educated readers. In immigrant households, where literacy in any language may be an issue, these problems are, to say the least, compounded.”

It’s offensive and a textbook case of White Guilt, to think that busy parents of any race cannot navigate their children’s paperwork from school.

English language Immersion  was also favored by famed Stand and Deliver math teacher Jaime Escalante: “The tremendous success I had at Garfield High School [in Los Angeles] was because I emphasized [English]. I used to say, ‘Unfortunately, the test comes in one language, and you have to master that language.’”