How does the San Diego County Board of Education become dubiously entangled with the owner of a solar company and a labor union boss?

It’s For The Children… Yeah, right.

In 2012 and 2014, the American Federation of Teachers labor union local 1091, led by union boss Jim Mahler, financed the take-down of community based San Diego County Board of Education board members, and installed his own labor union members.

In 2014, an independent board member, Doug Perkins, beat the union candidate, Rick Shea, but Perkins fell ill and resigned. The union-dominated board jumped on the opportunity and appointed Shea, giving the labor union 100 percent control of the board.

However, in the 2016 June primary, pro-reform candidates supported by the Charter Schools Association, won two seats.  The third and deciding vote on the five-member board will be determined in a run-off between pro-reform candidate, former State Senator Mark Wyland, and labor union supported and appointed, Rick Shea.

Reformers won two of the seats in the primary with support from the Charter Schools Association in fighting back against the AFT labor union onslaught. The Charter School Association helped community candidates representing parental choice for poor and minority kids, and who wanted a fair hearing before the board after the union board continually turned down charter school proposals, often with parents in the audience who spoke movingly about how school choice would help their children. 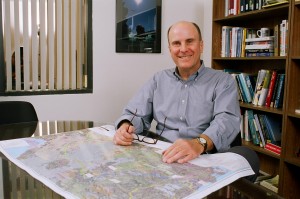 Now the AFT labor union is writing attack articles supporting Shea, aimed at discrediting Wyland. The AFT claims that Wyland’s campaign is being funded by Walmart, Michael Bloomberg, Reed Hastings of Netflix, Doris Fisher of the Gap clothing stores, “and a number of other billionaires who want to participate in stopping Rick Shea from being re-elected to the San Diego County Board of Education.” (Wasn’t Shea appointed?)

The Walton Foundation has a long history of school choice support, as does Bloomberg, Fisher and Hastings. “It drives the union elite crazy that philanthropists are pouring unprecedented amounts of money into edu-politics in an attempt to balance the playing field,” wrote Larry Sand, a retired teacher, and president of the California Teachers Empowerment Network.

Voters need to ask ‘what is going on with the San Diego County Board of Education?’

“Charter schools are autonomously operated public schools, run pursuant to the terms of a limited-duration charter, or contract, granted by a designated sponsoring organization, typically a local school district or the state board of education,” explains the Berkeley Law Scholarship Repository. “Hence, chartering bodies are the ‘gate-keepers’ for charter schools–deciding who initially gets charters and whether or not they can keep them. This Article examines the administrative aspects of that gate-keeping process and recommends new arrangements that will allow the public values underlying the gate-keeping function to be better served.”

County Boards of Education are quite powerful and serve a very important role. Perhaps this is why the American Federation of Teachers labor union is working overtime and double-time to control who is elected to the San Diego County Board of Education.

County Boards of Education are of special concern to teachers’ unions because these boards can approve charter schools previously turned down for charter by their school districts.

Teachers unions currently have mounted a campaign to destroy charter schools, despite a recent national survey, which found 78 percent of parents support charter schools opening in their neighborhood, and the support was greatest among low-income parents.

Many charter schools are public schools, and usually receive less funding than ‘regular’ public schools. But they often represent the only alternative for low-income, minority parents in low-performing districts.

County Boards of Education also approve Local Control and Accountability Plans, or LCAPs applications for state funding that are supposed to be used to help poor kids and English language learners, as well as foster children. The big urban districts, where the teachers’ unions are the strongest, soak up most of this money, while typical middle class suburban districts end up with less.  This can be justified, at least in theory, if the extra money effectively helps bring up the intended groups so they are prepared for jobs or college and contribute to the economy. But, there is no accountability built into the system, so it’s up to the county boards of education to hold districts accountable when they approve the LCAPs.

Interestingly, not a single LCAP in San Diego has been rejected.

Mahler has replaced 44 school board members with his union members.  His website even brags about these:

Additionally, union boss Mahler has had his AFT Local 1931 labor union spend money in city council races and others where there is no connection to his community college labor union.

How the times, and education politics, have changed.

In 1988 then-president of the American Federation of Teachers, Albert Shanker, spoke in support of a mechanism to give teachers the ability to submit a proposal to create a new publicly funded school that was free of regulatory constraints in order to try innovative approaches to teaching and test their impacts – Charter Schools.

In 1990 the Brookings Institution published John Chubb and Terry Moe’s Politics, Markets, and America’s Schools, recommending rebuilding the American education system based on principles of market competition and deregulation, and suggested that, through parental choice and school autonomy, student achievement would improve.

Is There Corruption within the San Diego County Board of Education?

In a striking series of events, in early summer, Rick Shea, as vice-president of the board, signed a letter suspending Superintendent Randy Ward, ostensibly because of a lawsuit brought by notorious San Diego attorney Cory Briggs. An appellate court handed down an opinion in September calling Briggs’ conduct in another case “unethical and possibly criminal.”

It is virtually unheard of to suspend a superintendent as the result of a lawsuit; but Shea and the union board commenced an investigation of Ward, who has since resigned.

Following Ward’s suspension, the board then publicly interviewed three candidates for “interim” superintendent: John Roach, Larry Perondi, and Edward Velasquez.  Roach was superintendent for Carlsbad, Perondi superintendent for Oceanside school districts. Both are well known, experienced in San Diego and with the county office of education, and both have sterling reputations. The Board chose Velasquez, a former L.A. superintendent, who had also been a superintendent in San Ysidro, a poor, mostly Hispanic district at the Mexican border with a history of financial issues according to news reports.

During this period, the board also sought the legal advice of William Trejo, a Los Angeles lawyer who had worked at San Ysidro with Velasquez.

At their August 10 meeting, the board heard comments from the public and board members regarding the hiring of Velasquez and attorney Trejo.  It was disclosed at that meeting by Attorney Barry Green, the attorney for Superintendent Ward, that Velasquez had been sued for sexual harassment and retaliation, and had not been exonerated. Green said the lawsuit was settled for $460,000 of taxpayer funds.

Further, Board member Mark Anderson said that attorney Trejo’s law firm had an extensive public record of unethical and questionable behavior, and he had not disclosed this to the board, as is required by the rules of professional conduct.

Attorney Green stated in his public comments that Trejo had numerous conflicts, and was not a specialist in education law. Green told the board it had several well-known and reputable education law firms it could have hired instead.

The board did not do even minimal due diligence, since the information regarding the sexual harassment lawsuit against Velasquez, which was easily accessible, as well as the public comment before the San Ysidro school board from a teacher opposed to hiring Velasquez.

Also at the August 10 board meeting, attorney Trent Miller made public comments regarding a messy solar deal negotiated by Velasquez and Trejo:

“…the San Diego Free Press, on April 29, 2016 , they reported that Velasquez and Trejo brokered a deal with the eco business solar company which is also known as Manzana energy and Manna Energy. According to that report they settled a $12 million dollar judgment with the solar company by entering into another contract with the same company for $23.7 million in 2015. The same paper states that the job could have been done for $7 to $10 million. The same paper states that the solar company was paid in full up front and that there’s no deadline for completing the project. It also states that there were no solar panels installed in any of the 7 schools in San Ysidro. So as a concerned citizen I ask myself would I hire a contractor to do work 2 to 3 times the value of what it should have been done for? With no deadline for them to complete the project and nothing’s been done? “I practice law, I’ve got a law degree, and I passed the bar but I don’t think anybody here needs any of those things to see that something’s wrong there something’s corrupt there, something’s not right.”

“Mr. Shea, you’ve been the board member for north county and you alone signed the letter putting Mr. Ward on leave and you must have been aware of the deal between Velasquez and Trejo and the solar company we’ve heard a lot about tonight. I can’t believe that you want to bring this type of politics into our district. This is not San Ysidro. I think it’s insane and if you want us to vote for you in November……..I can’t do it.”

Shea voted twice, at the August 10 meeting and again at the September 14 meeting to hire both Velasquez and Trejo, and never responded in any way to the charges or concerns about the two.  Board member Anderson voted “no” in each case, and included persuasive comments to explain his vote.

Katy Grimes is Senior Correspondent at The Flash Report, and worked for 10 months in 2014 for then-Senator Mark Wyland in his State Capitol office on special writing projects.