What it takes for a Republican to compete statewide in 2018

If you just got used to an intense political environment, don’t worry — the 2018 campaign is now under way.  In California, that means all state constitutional offices will be up, and with them, the opportunity to chart a new course for the Golden State.  And the state can use it, with taxes continuing to rise, a looming pension debt, and a Democrat-controlled state legislature completely out of touch with California’s middle class.

As Republican registration continues its decade-long decline, Democrats and their allies will be out in force trying to convince the donor community that no Republican has a shot, so they may as well pony up for the least objectionable leftist now. 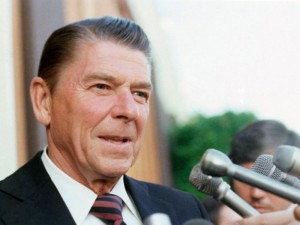 Take a look at three very liberal states back east: Massachusetts, Maryland, and Vermont.  What do they have in common besides cold winters and high taxes?  All three have Republican governors. Ok, ok, Vermont’s new Republican governor Phil Scott hasn’t taken office yet, but you get the point.

If voter registration was the sole predictor of Election Day success, Governors Charlie Baker (MA), Larry Hogan (MD), and Governror-elect Phil Scott (VT) should have been relegated to the ash heap of history.

Republicans represent 26% of California’s registered electorate.  That’s not a pretty number, but it looks downright gorgeous standing next to Massachusetts, which is 10.9% Republican.  Maryland is 28% Republican.  Vermont doesn’t have registration by party.

If Republicans can win statewide office in Massachusetts, it can be done in California.

So which statewide office is the most winnable?  History tells us.

In his book Courage and Consequence, Karl Rove observes, “The higher the office, the more likely the voters will see the candidates for who they really are.”  That’s because the candidates at the top of the ticket receive vastly more media attention than those seeking other offices.  With enough attention, candidates can become better defined than their party.

In California, that’s the key to Republican success: to become better defined, and more positively defined, than the party.

Why the disparity?  The answer comes from a conversation I had with a server in a restaurant.  Running for Lt. Governor in 2014, the server asked what brought me to town.  I told her I was the Republican nominee for Lt. Governor.  Her reply?  “Oh that’s neat.  Is that with the military or the police or something?”

The reality is that among normal people (those not involved in politics), many don’t know who – or what – a Lieutenant Governor is.  I presume even fewer know what a Board of Equalization member does.

Candidates for governor receive sufficient media attention that they can become better, and more positively, defined than their party label, giving Republicans a better shot at taking the state’s top statewide office than any other.

That doesn’t mean it will be easy.  It’s a big, expensive state in which to campaign.  Democrats seeking to suppress Republican donor interest in the state will be quick to point this out.  Concurrently, they’ll likely neglect to mention that the Republican label alone will carry a candidate a good way toward victory.  In my 2014 Lt Governor race, I drew 43% of the vote against the incumbent on less than $100,000.  While short of a victory, the outcome showed how far a candidate can go once consolidating the Republican base in the general election.

History shows offices are most likely to switch parties when no incumbent is seeking re-election.  In 2018 this will include the offices of Governor, Lt. Governor, Controller and Insurance Commissioner.

If you’re Newsom, you probably figure your chances are better in the general election against a Republican.  But if you’re any other Democrat, you want that second spot in the primary for yourself.

California’s top-two primary system creates the perverse incentive for second tier Democrats to find random Republicans to put on the ballot, knowing that each will draw a few percentage points away from the top Republican contender.  We saw this tactic used in the 2014 race for the 17th Congressional District when supporters of Democrat Ro Khanna found no-name Republicans to place on the ballot to draw votes away from Republican Vanila Singh.  The tactic worked, holding Singh to third place and keeping Republicans out of the November runoff.

Republicans, by contrast, have every reason to keep the Republican field to a single, strong Republican candidate who can successfully use the media attention garnered in the general election to build a statewide brand that is stronger than the 26% of the California electorate that is registered Republican, or the 33% of the electorate that voted for Donald Trump.

Democrats cannot take statewide offices for granted, especially the governor’s office.  Republicans can return in 2018.  It will take positive and disciplined candidates, shrewd leadership, and courageous communities of donors and activists to make it happen.

Ron Nehring served as Chairman of the California Republican Party from 2007 to 2011, and was the Republican nominee for Lt. Governor in 2014.  He served as national spokesman in the presidential campaign of Sen. Ted Cruz (R-TX).