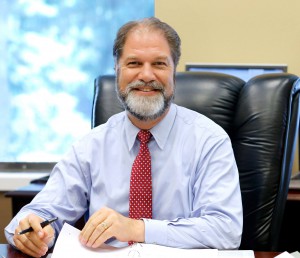 I had the privilege of meeting with Gov. Jerry Brown on the first day that I arrived in Sacramento as a brand new State Senator. He observed that we needed to find a way to fund transportation improvements.

Three budget cycles later, and the Governor has not put real transportation funding in his budget. His latest budget mentions $4.2 billion. However, it needs a new revenue source to fund it! Let’s use the old euphemism of “contributions from you” versus yet another tax increase for the privilege of driving.

If the Governor were serious about fixing the State’s roads, why doesn’t he start allocating some funding to this task? Why not allocate $500 million out of the $122 billion in the general fund budget?

Why doesn’t the Governor take his role as Chief Executive Officer more seriously and reform a bloated department like Caltrans? Published reports indicate that another $500 million a year is being spent to warehouse some 3,300 Caltrans architects and engineers to do nothing. Lay them off and put this money into asphalt.

Why not downsize Caltrans? Who needs 20,000 employees when 58 counties have their own public works departments to maintain roads? Why don’t we take the $10 billion Caltrans budget and transfer this money to the counties to fix our roads?

Why must we spend billions of dollars on a high-speed rail project that will never pencil out once it is finally completed? Dropping this bad investment would free up a billion or two per year.

California has the money to address roads and other massive obligations, like pension and retiree medical liabilities. But, it’s wasting it. Our Governor laments that the costs for roads and unfunded post-employment benefits are high, but his just released 2017-18 Budget does not allocate one dollar towards drawing down these massive obligations. Not one dollar!

All we received was a warmed over edition of last year’s budget, with a few minor modifications and another warning about the potential of another recession. Never mind the recent Trump Bump in the stock market.

The Governor laments that California has the most progressive tax system in the nation, hitting those who earn the most the hardest. His fix? Put more in the Rainy-Day fund to ride out a possible moderate recession. This is the obvious answer. But, why doesn’t this CEO propose serious changes to the tax system in order to address the revenue volatility?

Why is it that this Governor only talks about the problems? But, he provides no leadership on solving them. We have the worst balance sheet of all 50 states and all I hear from him is how important it is to address global warming? And, the Governor isn’t really fixing this supposed problem, either.

California will walk through another 24 months on budget auto-pilot and have accomplished nothing. No allocation towards our roads, unless taxes are raised to all-time highs and above that of all the other 49 states. No allocation of funds towards a pension debt that is currently some $500 billion (when honest assumptions are utilized) that costs taxpayers 7.5 percent in interest (a stiff price in this current low-interest-rate environment). No additional funds set aside to address an $80 billion unfunded retiree medical liability.

At least California may wind up with a bullet train, but it will require massive taxpayer subsidies after it is completed, whenever that might be.

Poorest balance sheet, poorest roads, most massive liabilities, and a train that will drain additional funding from desperately needed taxpayer services. What a bust. What a dismal legacy. What a massive display of kicking the can down the road.

The next Governor will inherit a horrendous fiscal nightmare. One can only assume that the solution they will bring to the table is more tax increases. Let me wish that person a lot of luck. He or she is certainly going to need it.