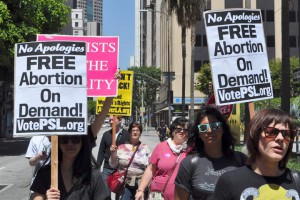 Hillary Clinton, the 2016 Democratic presidential candidate, and feminist against unequal pay for women, paid her own female employees $15,708.38 less than her male staffers when she was a U.S. senator from New York. This happened under Democrats. Gender Hustlers.

Rather than write another lengthy article about phony gender hustlers known as feminists, let me instead dispel that myth that women make less than men, with some facts available from the U.S. Bureau of Labor Statistics.

When you compare apples to apples, it simply isn’t true that women aren’t paid equally to men. Here’s why according to the Business Insider:

Men are far more likely to choose careers that are more dangerous, so they naturally pay more.

Men are more likely to work on weekends.

Even within the same career category, men are more likely to pursue high-stress and higher-paid areas of specialization.

And you’ll love this: Unmarried women who don’t have children actually earn more than unmarried men.

Whether the weak issue is the gender pay gap, or marriage equality, feminists continue to use women as props to keep a dying movement alive for the next cause célèbre.

This should  bring silence to the argument but it won’t. Hopefully more young women will see Feminism does not live up to its definition. And it does not represent most women. Today’s feminism is victimization; it encourages blaming other people for mistakes, bad choices, and failures. The problem today is that feminists now push public policy.