Apparently feckless, neutered police are also impacting the safety and security in the United Kingdom, and not just on California college campuses. The horrific Manchester bombing at the Arianna Grande concert Monday evening, which killed at least 22 and injured more than 150, might have been prevented if politically correct fecklessness within government wasn’t so rampant. 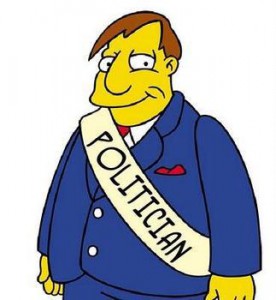 Adding to the fecklessness and politics, London Mayor Sadiq Khan said terrorism is “part and parcel” of urban life.

…Good to know given that I live in California, where our officials specialize in fecklessness, incompetence and cowardice.

Remember, at the UC Berkeley riots following Donald Trump’s election, the uber-leftist Berkeley Mayor told local police to stand down so Conservatives could get pummeled? I reported on this in February:

While riots, fights, violence, fires, and extensive property destruction broke out at University of California Berkeley over the speaking invitation of Breitbart editor Milo Yiannopoulous, police were reported hiding inside buildings and on balconies, while rioters committed mayhem.

Students there to attend Milo’s speech were attacked with rocks, pepper sprayed, and someone was beaten unconscious by the rioting thugs.

“When asked why police didn’t move in and stop the rioters, UC Berkeley spokesperson Dan Mogulof curiously said, ‘Police tactics are driven on a campus by need, the non-negotiable need to protect our students and ensure their well being,’” CBS SF Bay Area reported. “University officials said police decided to stay back to prevent injuring innocent protesters and bystanders who could have been hurt if officers waded into the crowd.”

Several sources reported a stand-down order was issued to UC police, just as had been done at UC Davis three weeks earlier at another Milo event, which also turned violent.

Apparently, anyone daring to show support for any aspiring politician who doesn’t have a “D” or a Communist sickle 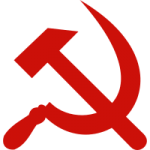 after their name deserved to be beaten to a bloody pulp.

At the Manchester concert bombing Monday evening, a mother warned police about a suspicious woman:

A mother who was at the Ariana Grande concert with her daughter last night saw something and said something, but nothing was done about it.  Dawn Waddy told Sky News she saw a suspicious woman sitting by herself, “smirking” and “fidgeting” with her backpack. She said she reported her concerns to security personnel, but no action was taken and the woman was able to get up and leave shortly before the concert ended.

Dawn Waddy and other Manchester concert-goers told reporters that no security checks were carried out as they entered the concert venue. “We walked through the doors when we had our tickets and they scan your tickets and we wasn’t even checked,” she said.

We are seeing a terrifying trend in the U.S. of politically correct and radical city mayors alike, ordering police to stand down, stand back, and avoid participating in the policing of very bad behaviors at public riots. In effect, they are under orders to not fulfill the police motto, “to serve and protect.” This is the result of labor unions taking precedence over the purpose of the job – any job – but especially public safety jobs.

The Orlando police were told not to pursue Orlando terrorist shooter Omar Mateen for “15 or 20 minutes — could’ve been longer” until SWAT arrived, according to MSN. “After an initial burst of fire between Omar Mateen and a security guard at the Pulse nightclub, a group of five to six police officers arrived on the scene within minutes, broke through a large glass window and entered the club as the killing of 49 people was underway inside, according to a Belle Isle police officer who was among the first responders.”

This is as insane as the team of Special Forces prepared to fly from Tripoli to Benghazi during the Sept. 11, 2012 attacks being told “You can’t go,” by Obama administration Special Operations Command.

Or several supporters of Donald Trump attacked by violent protesters as they left a downtown rally for the then-Republican nominee in San Jose, CA, while police were clearly ordered by San Jose Mayor Sam Liccardo, a Hillary supporter, to stand by and observe. And observe is all they did as rally-goers were pummeled and attacked.

Democrat/Leftist Mayors have turned so partisan and political, they are forgoing the safety and security of their citizens – even in the face of radical Islamic Terrorism.

So public officials tell police to stand down in the face of violence. Politicians ignore radical Islamic terrorism and order police to hold back on pursuit of radical, violent killers. Military special forces are told they cannot do their job by politicized leaders. And politicians appease these extremists by passing meaningless resolutions honoring meaningless Muslim Appreciation days.

One of these days, the people will wake up on the wrong side of the bed and be very cranky. And for good reason.

We are still reeling from the IRS targeting patriotic Tea Party groups for years-long audits; Attorney General Eric Holder’s DOJ undermining the Fast and Furious gun smuggling investigation that led to one of the guns being used by Mexican drug lords to kill Border agent Brian Terry.  Holder was subsequently the only Attorney General in United States history to be held in contempt of Congress.

But that’s not all… in California we have Gov. Jerry Brown, whose blind eye and deaf ear to political corruption has not only been at a significant high, but the three indicted state Senators and public officials under his “leadership” met with very little in the way of punishment, or even admonishment, according to the Sacramento Bee. Brown’s been instead obsessed with his own feckless legacy  – whichever of the corrupt mega-projects that is… the unnecessary high speed rail, or the equally unnecessary Delta Tunnels project… or global warming policies, single payer health care plans, EPA on steroids, or his Attorney General Xavier Becerra on radicalism roids…. Jerry Brown and his tone deaf elitist rule of anarchy will lead to a storming of the Bastille – that is if there are any criminals left in the prison, after Brown’s policies allowing “low level” offenders out.

The leftist, political incorrectness, madness, group think, denial, corrupt political class will face a nasty comeuppance soon, and it won’t be merciful. I regularly hear from the decent, hard working, taxpaying, honest citizens who are fed up with being hung out to dry as easy marks for crooks, criminals and the terrorists, by corrupted politicians.

Terrorism is only “part and parcel” of urban life for elitist politicians who have no plan or desire to put a stop to criminal corruption, violence, criminal activity or terrorism.