Kudos Where Kudos Due for California GOP Delegation on AHCA 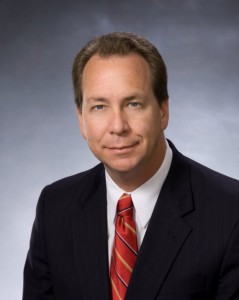 When President Obama, Harry Reid and Nancy Pelosi rammed through ObamaCare in 2010 without a single Republican vote, we as conservatives knew health care in this country would be irrevocably changed. And not for the better.

As Americans came to see that, “You can keep your doctor” wasn’t true, skyrocketing premiums, higher and higher out-of-pocket costs, and fewer choices, they realized the new system was destined to fail. Their answer? Toss out the people who gave us ObamaCare and put in new ones. Except that still meant President Obama could (and did) veto every effort to repeal his boondoggle.

Then came the election of 2016; a new President, and Republican majorities in both houses of Congress. Would they do what they said they would do, or were we going to be disappointed again? The answer is they did what they said they would do. The House passed and now the Senate is working on the repeal of ObamaCare. Even though it took a few months, that’s no small feat. And not easy with over 200 independent minded Republican members with at least 400 opinions on what to do, plus a media and Democrats telling the country Republicans just want people to die.

Is the bill perfect? No. Is perfect even possible given where we are today? Not at all.

Barack Obama broke the US health insurance system irreparably when the ACA was passed. As an independent business owner since I left the legislature, I can tell you ObamaCare did not make health care more affordable for small businesses and individuals. It made premiums outrageously expensive. And the policies? They weren’t anything to crow about even at half the price. Imagine how many people, faced with ObamaCare’s high costs, made the calculation to pay the IRS fines and figure the pre-existing condition won’t happen to them. Irresponsible? Maybe. Faced with paying the mortgage, or paying the insurance premium what would you do? Now imagine the many thousands of families across this country caught with no insurance and a pre-existing condition. Thanks Obama. ObamaCare created all kinds of perverse incentives and encouraged human behaviors most people wouldn’t do in a rational health care system.

Now how do Republicans and the White House fix something that’s so badly broken? It’s tough. Sure, they could just repeal and let everybody who got screwed over by ObamaCare swing in the proverbial wind. Not realistic. Even though the Republicans didn’t break it, they have a responsibility to fix it. And the American Health Care Act, or AHCA as the Republicans are calling it, is a darn good start. As a free market conservative, (go ahead, check my record) I would love to see a return to a near complete free market. That’s when you would see choices expand to meet everybody’s needs. Don’t believe me? Which is cheaper and offers more choice, internet streaming or old style cable? What bill (besides your health insurance premium) causes the most heartburn every month? I’m guessing the electricity bill. The places least regulated by government offer the most choices, cheapest prices and best customer service. Markets, even in health insurance do provide the most choices for the lowest costs to consumers. Period.

Except we have the broken pieces left over from ObamaCare. What to do about those caught in the pre-existing conditions vice? What about families with twenty-somethings now already on their plan? The Republicans have done a good job of recognizing this and the slug of other problems left after a repeal. That’s why it has the States be able to come up with their own solutions to cover pre-existing conditions and get waivers. The bill’s not only a good start, it’s no doubt going to get better over in the Senate. (That’s what Senators do.)

For once we have a Congress that’s following through. I’m proud to say our entire California GOP delegation supported this fix to what Obama broke. I’m even prouder to say I served with many of those folks, and they deserve big kudos for their work so far.

Senator Dennis Hollingsworth (ret.) represented the 36th District in the California Senate from 2002-2010. He served as Republican Leader of the Senate from 2009-2010.