Much has been said already about the betrayal by Assembly Republican leader Chad Mayes, pushing for enough republican members to pass Jerry Brown’s cap and trade extension. He’s been trying to justify the vote and coercion of fellow republicans ever since, mostly with a ‘it could have been worse; it’s insurance; California needs to lead’ theme. Mayes claims he’s just doing the right thing, but fails with doing the thing right. Most of the recent debate is centered on the existential threat to the Republican brand in California. Calls are increasing for Mayes to resign his Assembly leadership slot or face removal, up to calls for him to resign his Assembly seat. In deciding which side is right, I looked to see what Mayes did and why. Was there any logic to reneging on his campaign promises and Republican principles? 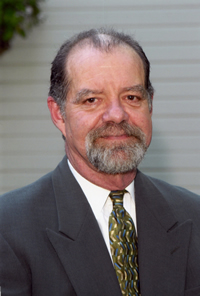 First is Mayes lie that “things would be worse”, under an inevitable command and control substitute. The claim: without the “market-like” program (NOT market based) cap and trade, the state would just directly regulate, more onerously, every emission source. Dean Florez, a CARB member, put the lie to this, perhaps inadvertently, when he urged liberal Cap & Trade opponents to support the extension and then come back to CARB to get what they really want – full “Command and Control” authority. Can you say “two-fer?” Too bad Mayes didn’t notice Florez, ironically, was quoted in “The Nooner” disclosing this deception. We also know it’s a lie because it has happened before. Not long after AB32 was passed, and with it the original cap and trade program, along came the onerous low carbon fuel standard.

Second is the lie that California needs to maintain its leadership. Another lie, because California is NOT the leader when it comes to climate change. California is only the leader in intrusive government programs, most of which end up collecting revenues from taxpayers and do little for carbon emissions. You know who the leaders are? Those that rely on freer markets. According to the Federal Energy Information Administration, California is tied for 34th among states when it comes to reducing carbon dioxide emissions. We’ve reduced emissions by a paltry 6.4% from 2000-2014 while freer market states like Georgia, Tennessee, and Nevada all have triple that reduction. It is not the level of government intervention but actual performance that defines leadership, Chad, or did you forget the principles of being “Republican?”

The third lie is the idea that restricting productive activity in California will somehow help the planet. Just the opposite is true. We should be encouraging productive activity in California, not regulating and taxing it to death, driving manufacturing and agriculture to other states and countries. As I wrote in FlashReport as far back as 2011 California is better on average than the rest of the country when it comes to emissions intensity, measured as tons of emissions divided by dollars of GDP. TOTAL emissions for California ranked second highest (worst) nationally but fourth LOWEST (best) in intensity. We are more efficient in our use of carbon, but losing ground as noted above. We also compare favorably with other countries on intensity. California’s emissions intensity should be a beacon to other states and countries; let’s truly lead. But extending Cap and Trade, will increase global emissions, by forcing more businesses, manufacturing, and even agriculture out of state, where emissions intensities are much worse, leading to emissions “leakage.” California will simply import even more goods that we used to make and grow—cement from Arizona, food from South America, high tech devices from Asia– with a net increase in global emissions. True leadership would work to encourage in state production to limit economic and emissions leakage; extending cap and trade won’t do that.

Long time advocate and champion of the program Arnold Schwarzenegger joined Governor Brown at the signing ceremony for AB398 at the same location used by the former Governor in 2006 when he signed Assembly Bill 32. AB 32 started California’s climate quest and provided the foundation for cap and trade. Schwarzenegger, a Republican, joined Brown to provide a ‘bipartisan’ display of continuity. The site was Treasure Island in San Francisco Bay, but also, appropriately, the name of a famous tale about pirates.

The fourth lie, and one also spread by George Schultz, is that climate policy in general and cap and trade in particular is somehow an insurance policy. ‘Yea, we may not be certain the climate is changing, but why not take out some insurance just in case.’ This is featured prominently in Mayes attempts to explain his action, but in so doing sullies the legacy of Ronald Reagan.

Insurance is a poor analogy for cap and trade, and even if it were would need proper pricing, a technical impossibility. Remember, insuring against risk means knowing the risk’s two components: probability and consequences. For example, suppose your house has a total value of $500,000. Each year, there is a 1 in 1,000 probability that it will burn down. The “expected” loss from fire is $500 per house per year. This is the proper insurance premium, not counting profit and such for the insurance company, but note the need to understand the probability (1:1000) and the consequence ($500,000) for a total loss of the house. But the forecasts of future global temperature are constantly evolving and tenuous, the likely consequences even more so. Neither the probability of catastrophic loss nor the consequences of that loss are quantifiable: hence no insurance premium can be set. Without the ability to compare costs with avoided consequences, no amount of insurance makes any sense.

Overall, the excuses and lies and coverups used by Mayes to reconcile his position on the cap and trade extension would be laughable were it not for his convincing others in his caucus to go along, and in so doing fractured a party that needs all the cohesiveness they can muster. That cohesiveness needs to be built on honesty to colleagues and to citizen, neither of which Mayes brings. He should step down for doing the wrong thing in the wrong way.