“An appeaser is one who feeds a crocodile, hoping it will eat him last.”

While President Donald Trump has vowed that United States authorities will “destroy” the gang MS-13 as part of his crackdown on crime, the Sacramento City Council voted unanimously last week to pay gang members $1.5 Million to not kill people. 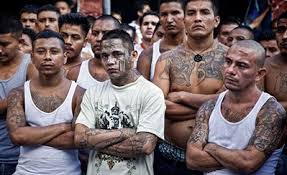 The controversial program the city plans to adopt, Advance Peace, claims it “interrupts gun violence in U.S. urban neighborhoods by providing transformational opportunities” to gang members involved in weapons offenses… paying them not to terrorize and kill people. The program, backed by the mega-Draper, Richards, Kaplan Foundation, was only founded in 2016 and first implemented by DeVone Boggan, a “Social Justice” warrior. His bio says he was the founding Director of Richmond’s Office of Neighborhood Safety from 2007 to 2016. Richmond has one of the highest violent crime rates in the nation, and earned the reputation as one of the most dangerous cities in America during that time. “The program is funded through combination of government money and private donation,” Fox40 reported. “A third of the program’s costs, which goes toward evaluations and training, comes from the government.”

Sacramento Mayor Darrell Steinberg, the former Democrat Senate President Pro Tem of the California State Legislature, requested the vote in response to a shooting in Sacramento’s Meadowview park, which left one person dead and four injured, Fox 40 reported. The city council vote was scheduled to take place in two weeks, but Steinberg moved it up. “Let’s get going on doing everything we can to save innocent lives,” Steinberg told Fox 40. The City Council voted unanimously to approve the scheme, rather than spending the $1.5 million to beef up Sacramento police department gang units.

Steinberg has an extraordinary record and has done more to harm Sacramento and its residents during his tenure as Senate Pro Tem than perhaps any legislator in history. He’s in the pockets of the unions, actively hostile towards democratic rights and open government, and is a doctrinaire hard-core left-winger.  He is proving to be an utter catastrophe for Sacramento. Steinberg supported all of the gun control measures while in the Legislature, including increasing the depth of background checks on gun purchasers and all ammunition purchases, outlawing “assault rifles,” which aren’t actual assault rifles, and all of the other anti-gun bills violating our Second Amendment rights. Yet Steinberg thinks it’s a good idea to pay gang members not to kill people.

Office of Neighborhood Safety is “kind of on their own track and we’re on ours,” Richmond Police Officer Ben Therriault told ABC News in 2016. “I don’t know what they’re doing on the street level.” The ABC News story featured gang member Dawaun Rice who had “earned” the maximum amount available under the Advance Peace program for “choosing not to shoot,” but updated the article after Rice was charged with the murder of 29-year-old Javonte Prothro.

Compounding the issue, if the gang members involved are MS-13 (Mara Salvatrucha), a trans-national criminal gang that originated in El Salvador and has expanded to the United States, Canada and Mexico, this strategy will fail.  These El Salvador imports are in the U.S. thanks to former President Barack Obama’s disastrous open borders immigration policy during his second term. They are brutal and violent, and should not be paid to not kill; they should be imprisoned or deported. There is no compromise with these violent domestic terrorists.

“Advance Peace may also soon find its way to Sacramento,” Fox40 reported August 22, ahead of the city council vote. “Boggan says Sacramento city officials have been “assertive” in their pursuit of the program, showing that Steinberg already had this scheme in the works. “How bad has gun violence gotten in Sacramento, Calif.?” Fox40 asked. “City leaders now plan to pay gang members $1.5 million for a cease-fire.”

But first let’s explore why gun violence has increased so dramatically in California, and why Sacramento is undergoing a surge.

We have Gov. Jerry Brown to thank for Assembly Bill 109, Proposition 47, and Proposition 57, which have undermined the rule of law in California.

AB 109, signed into law in 2011 by Brown, ordered the realignment or shifting of thousands of inmates from state prison to county jails.

The 2014 Proposition 47 ballot measure, pushed by Brown, reclassified many felonies as misdemeanors. California voters were sold on reforming the state’s drug laws with Prop. 47. However, the measure covered more crimes than non-violent drug offenders. Moreover, drug addicts are likely to get less treatment in the state’s drug courts because prosecutors have lost a bargaining chip in the plea process. Add to it the court-ordered prisoner releases as a part of the state’s prison realignment under the 2011 AB 109 law, and you have a state ripe for a surge in crime; such as in Richmond and Oakland, which even after Jerry Brown’s eight years on-the-scene as Mayor, the FBI still considers one of the most dangerous cities in America.

The 2014 measure’s backers and supporters told Californians that savings from releasing state inmates would free up  “hundreds of millions of dollars annually, which would be spent on truancy prevention, mental health and substance abuse treatment, and victim services. “Prosecutors and police chiefs across California say it is behind a wave of petty crimes as offenders who previously were locked away now quickly get back on the street,” Chris Reed wrote in 2016. “Statistics released by the FBI and the California Police Chiefs Association back up their assertions.”

Proposition 57, “The California Parole for Non-Violent Criminals and Juvenile Court Trial Requirements Initiative,” rounded out the undermining of law enforcement in California. The proposition was poorly written and allows criminals convicted of rape, lewd acts against a child, and human trafficking to be released early from prison. Prop. 57 allows career criminals to be treated as first offenders, and it overturned provisions of victims’ rights legislation like Marsy’s Law, “three strikes,” Victim’s Bill of Rights, and the Californians Against Sexual Exploitation Act.

Government subsidies to gang members to “choose not to kill” will not do anything to help California’s gang-infested neighborhoods… it’s like paying ISIS a stipend to stop planting car bombs, suicide bombings and terror attacks.

“If you want more of something, subsidize it…” Ronald Reagan

This entry was posted on Wednesday, September 6th, 2017 at 1:08 am and is filed under Blog Posts.