“Fallacies do not cease to be fallacies because they become fashions.”

Concerned parents of school-aged children know that sexual revolutionaries and cultural Marxists are destroying our public schools and universities. But Charter schools were thought to be safe from these dark ideological radicals. 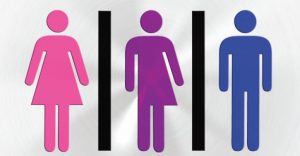 Sexual revolutionaries and cultural Marxists believe that there are no differences between men and women, and that “male” and “female” are merely social constructs.

After Monday’s packed board meeting at Rocklin Academy Charter School, it appears these radicals have infiltrated even the charter schools.

More than 500 parents and LGBTQIA activist packed the Rocklin Academy Charter School board meeting Monday. Parents were there to register their disgust and displeasure with the school over its lack of policy surrounding discussions about gender identity… in a kindergarten class. Some are asking “How young is too young to introduce a child to the concept of gender identity?” But more parents are saying this discussion doesn’t belong in school at all.

The only concession to parents by the school board was to agree to “endeavor” to notify parents about such controversial topics. Perhaps that is why “40 families and 71 children have already left the school,” a parent who wished to remain anonymous reported. “That number is changing every hour.”

Recently a Rocklin Academy kindergarten teacher read aloud to the class from a controversial book about a “transgender” child, and then assisted the child’s “transformation” from a boy to a girl in front of the class. Parents were outraged, and demanded an opt-out policy over discussions like this subject, and its place in the classroom.

Some parents asked the charter school to let them know ahead when controversial topics, like gender identity, would be discussed in class and allow their students to opt out.

Yet in a recent article, I wrote about a California bill, authored by avowed LGBTQIA leftist Sen. Scott Weiner (D-San Francisco), that would criminalize the ‘misgendering’ of transgender persons, which passed the California Legislature, and could result in a fine of up to $1,000 and a year in prison. California lawmakers are legislating to the tiniest minority imaginable, and these ridiculous bills are passing and signed into law by Gov. Jerry Brown.

In what was clearly decided prior to the packed meeting, the Rocklin Academy Charter School board voted Monday night to not allow parents the option of opting their children out, and voted in favor of allowing controversial books like “I Am Jazz,” which is about a transgender child, to be read in class. “Jazz” Jennings today is a psychologically disturbed 16-year-old boy who thinks he’s a girl, and has been raised as a girl since early childhood.

In 2015, Jessica Herthel, co-author of “I am Jazz,” was invited by a school district in Wisconsin to read from the book, reported Austin Ruse, president of C-FAM (Center for Family & Human Rights). Herthel, a Harvard-educated lawyer and LGBT activist, is associated the Stonewall National Museum and Archives, which claims to “promote understanding through preserving and sharing the culture of lesbian, gay, bisexual and transgender people and their role in society,” but really infiltrates and foists the homosexual agenda into American schools.

What Herthel and other radical sexual revolutionaries don’t tell you is that Jazz Jennings and other “trans” kids take radical drug treatments and hormone blockers. Jazz has been on them for so long he/she is too underdeveloped for a surgical sex change.

Some children are going through formalized medical procedures to halt puberty — before the age of 14. One Bay Area child recently underwent a medical procedure to implant a tiny device in his arm that pumps medications through the body to stop the effects of puberty.

Ironically the radical left protests pumping hormones into cattle and poultry, yet they applaud when it’s done to a child.

What is California Law on ‘Gender Identity?’

California law allows parents to opt out of sex education, but “gender identity” doesn’t qualify under that category.

California state law (Cal. Ed. Code section 200 et seq.) says: “No person shall be subjected to discrimination on the basis of disability, gender, gender identity, gender expression…” Cal. Ed. Code § 220 was amended by the California Legislature in 2012 under Assembly Bill 1266, authored by openly gay activist Assemblyman Tom Ammiano (D-San Francisco). The bill was known as the “School Success and Opportunity Act,” and required public schools throughout the state to allow transgender students to use bathrooms, and participate on sports teams, that match the gender they identify with, among other changes in state law.

“It’s like race or religion or ethnicity. It’s a protected class but it’s not sex ed so parents actually don’t have the opportunity to opt out and it would be illegal for the school to make it possible to opt out,” said Elizabeth Ashford, a former Deputy Attorney General under AG Kamala Harris. Ashford now works for Public Relations firm Fiona Hutton and Associates, hired by Rocklin Academy to run interference. Many parents are questioning why Rocklin academy hired a high-powered PR firm to address this.

California Family Council Director Greg Burt disagrees with Ashford. “It does not prohibit an opt-out provision for school districts, so for them to say that is just disingenuous,” Burt said in response to Ashford’s statement.

The school board voted to not to change their current literature policy, which includes transgender characters, and said it will “endeavor” to notify parents about controversial topics. “The school is going to endeavor to do that,” Ashford said. “If they can’t get to it ahead of it, they will try to inform the parents after the fact.” It is astounding and arrogant that Ashford thinks this is an acceptable answer.

The board also struck down a proposal to allow parents to opt out of gender identity topics in class.

In August, when the issue first was made public, FOX40 news addressed the controversy in an article:

“Most people have a sense of their gender identity at age 3 or 4,” Jo Michael, legislative manager at Equality California, told FOX40. Michael, a transgender male himself, says early education is key. “It’s important to note that the other students really do need to have that opportunity to engage and hear from the transgender student,” he said. Other experts disagree. American College of Pediatricians President Michelle Cretella says the science is far from conclusive. She told FOX40 in a statement: “Having an authority figure teach the myth that a child can be trapped in the wrong body will potentially lead to fear that they aren’t the sex their bodies clearly indicate.”

Equality California is a radical LGBT lobbying organization, and no “expert” as FOX40 suggests. However, the doctor is an expert. “Teaching transgender ideology to children amounts to child abuse,” Dr. Cretella said. “It disrupts normal cognitive development, and leads many children down the path of unnecessary and dangerous hormone treatments and surgeries. The reactions of fear and confusion among young children exposed to gender bending story books and cross-dressing demonstrations similar to what happened at Rocklin School are predictable.”

Cretella refers to Dr. Lawrence Kohlberg’s Cognitive Developmental Theory of Gender Identity, which states that while most children correctly identify their sex by age 3, most children under age 7 do not understand that sex is permanent.