California Democrats Schooled On Definition of ‘Hate Speech’ At Hearing

There is a rumor going around the California State Capitol that the Legislature is about to vote on a ban of humor in the state, because every time someone laughs at something funny, it is apparently at the expense of someone else’s feelings. 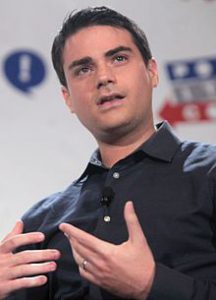 If this sounds silly, the Senate hearing held Tuesday, ostensibly on “hate speech,” was even more nonsensical.

“If there is any principle of the Constitution that more imperatively calls for attachment than any other it is the principle of free thought, not free thought for those who agree with us but freedom for the thought that we hate.”

Or as some say, the best remedy for speech we don’t like is more speech. Fighting words with more words is a healthy exercise. It’s how most of us were raised, long ago in a far away land. But Democrats in California’s Legislature don’t agree.

Tuesday, the Senate Judiciary Committee of the California State Legislature conducted an informational hearing on “Combatting Hate While Protecting the Constitution.” But the committee chaired by Sen. Hannah Beth Jackson, D-Santa Barbara, didn’t present any balance – it was only speech with which she agreed that was allowed at the hearing.

Ben Shapiro, a Conservative journalist and speaker, was invited to the hearing by Sen. John Moorlach, R-Costa Mesa, Vice Chairman of the same committee. But Shapiro was not allowed to speak with the panelists, on the panels, or debate the two speakers. Shapiro was relegated to the public comment period at the end of the 3 ½ hour hearing, and allotted two minutes.

It’s a good thing that Shapiro speaks fast, and thinks even faster. His two minutes were more effective than the entire 3 ½ hours of pompous, self-congratulatory political grandstanding, and virtue signaling by all of the other speakers combined.

The takeaway from the hearing is that the California State Legislature doesn’t get to decide what speech is good and what speech is bad. But don’t tell Sen. Hannah Beth Jackson. Oops.

In September, journalist Ben Shapiro visited the University of California, Berkeley to deliver a speech about personal responsibility and individualism. Shapiro had spoken on the Berkeley campus the year before, but this is 2017, and Donald J. Trump is President, and apparently this is a problem for the left.

UC Berkeley has been in the news frequently of late with images of black masked, and black clad Antifa thugs protesting and beating on students attempting to attend speeches by Conservative speakers. Given that liberal speakers are in abundance on the Berkeley campus, one would think that a little variety, and a little diversity of thought, would not be a threat.

Milo Yiannopoulos, Ann Coulter, and David Horowitz have all been invited to the campus to speak, and all been overruled by what Shapiro identified as the “hecklers veto,” a form of censorship, where a speaker’s event is canceled due to the actual or potential hostility of ideological opponents. In this case, the hecklers veto was leftists, thugs, and campus snowflakes fearful of this dangerous ‘diversity of thought’ concept.

This year, UC Berkeley charged the sponsor group of Shapiro’s appearance, Young America’s Foundation, a $15,000 security fee. “Then, the school blocked off the upper level of the auditorium, fearful that radicals from the violent far-left-leaning group Antifa would infiltrate the speech and begin hurling objects from the balcony onto the crowd below,” Shapiro explained in a recent article on The Daily Wire. “Finally, the school ended up spending some $600,000 on additional policing, including the creation of cement barriers and hiring of hundreds of armed police officers for a prospective riot.”

Why Have the Hearing?

Following the Charlottesville, VA protests in August, Senate President Pro Tem Kevin de León, D-Los Angeles, announced that the California Senate would investigate the rise in white supremacy in California… As if what happens in Charlottesville, 2,314 miles across the country, is relevant to California.

“I see the rising tide of hate and intolerance,” de León said in August. “I believe future generations will look back on this moment in time as a turning point because how we chose to respond will shape the character of this nation and this great state for years to come.”

At issue is Kevin de León’s inability to abide by the 2016 election and this duly elected president; consequently, the entire state must go through this pretentious parody of hate speech hearings.

But what this charade is really about is California Democrats and the left (including Sen. Jackson) conflating a spurious rise in “racial strife” to the 2016 presidential campaign and President Donald Trump. Every day the Senate and Assembly are in session, Democrat lawmakers rise to speak grouse and whimper and wail about Donald Trump and the 2016 election – at the expense of the actual governing of a state they all proclaim to care so much about.

The panelists invited to the hearing were from the NAACP, CAIR (Council on American Islamic Relations), Equality California (LGBT rights lobbying group), and the speakers were Erwin Chemerinsky, the new Dean at Berkeley Law School, and Joanna Mendelson with the ADL (Anti-Defamation League). While Chemerinsky was quite relevant as a legal defender of all speech, hateful or not, Mendelson presented an extremely biased analysis of hate groups, hate speech and included the “Alt-Right” in California’s hate group list.

But the price of admission to the hearing was worth it when Chemerinsky put Sen. Bill Monning, D-Carmel, in his pious place when Chemerinsky corrected Monning on his assertion that hate speech wasn’t protected under the First Amendment. “Hate speech is protected speech,” Chemerinsky said. And Chemerinsky reminded Monning that it is illegal to try to prevent speech in advancement of the actual event. Monning is an attorney and surely knows better, but was caught advancing what he thought was a popular line of thinking with a traditionally liberal law professor. But Chemerinsky is intellectually honest on free speech issues, and schooled Senator prevaricator Monning.

Sen. John Moorlach took the ADL’s Joanna Mendelson to task on her biased description of Milo Yiannopoulos, when she described him as a “misogynistic, racist, xenophobic, transphobic troll.” Moorlach suggested that her name-calling was no different than the accused “haters” she referenced in her talk. Moorlach said she may want to refer to those accusations as “some say” Milo is those things.

As for Sen. Hannah Beth Jackson who denied she’d ever heard of Ben Shapiro until today’s hearing, either she lives in such a massive liberal echo chamber that she’s never heard of this outspoken, conservative Jewish prodigy from SoCal, or she’s a liar. Both scenarios are completely plausible. The irony of the hearing is that Shapiro’s name was invoked throughout the proceeding as if he was living in the heads of the lawmakers and speakers rent-free.

My assessment is that Conservatives won the day. The left looked like the fools they are. As for the Sacramento Bee, their “reporter” didn’t interview any of the regular suspects – it was just another “he said, she said” boring article with a provocative title.

For that I offer a big “W” for “whatever.” (And this is me giving a big eye roll)