The flood of sexual groping, assault and harassment complaints in California’s State Capitol is turning into a tsunami. So far, accusations have been levied by women against State Senator Tony Mendoza (D-Artesia), Assemblyman Raul Bocanegra (D-Arleta) Assemblyman Matt Dababneh (D-Los Angeles), Assemblyman Devin Mathis (R-Visalia),  and more to come. The“whisper network” inside of the Capitol tells much: Several additional lawmakers are being named as harassers, and I heard that one leader’s Chief of Staff contacted former female staffers to offer incentives to avert any potential accusations. Ouch. 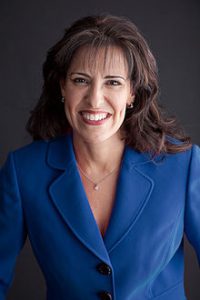 In a lengthy conversation with former Assemblywoman Linda Halderman Tuesday, she shared some very disturbing incidences that took place when she was a freshman Assemblywoman.

Dr. Linda Halderman, whose professional experience prior to and post politics as a general/trauma surgeon, was elected to the California Assembly in 2010, representing Fresno, CA. Halderman said shortly after she arrived in fall of 2010, the freshman Assembly members were required to attend training conducted by former Assembly Speaker Bob Hertzberg.

Former Assemblywoman Linda Halderman said she understood that former Assembly Speaker Bob Hertzberg was on contract with the Assembly to conduct the freshman Assembly training “to teach us how to get along.” And it was at this training that Halderman said the problems started. She said after the training session, Hertzberg gave her a hug in the hallway which lasted too long. She said it was awkward, and it appeared he waited until there was no one in the hallway. “I’m not a hugger,” she said. But she mentally filed the experience away.

Until the next time.

Halderman said she and Sen. Jean Fuller were attending a fundraiser near the Capitol. “Bob Hertzberg came up to me and hugged me, and again, too long,” Halderman said. “Jean even asked me if I knew him, because she said it looked like I did.” Halderman said she told Fuller that she did not know Hertzberg, and had only recently met him at the freshman training.

Halderman said she encountered Hertzberg again all alone in a Capitol hallway, where he hugged her one more time. She said she told him she wasn’t a hugger and didn’t want any more of his hugs. But that did not stop the unwelcome advances. The next hugging encounter with Hertzberg, Halderman said he pushed his groin into her as he pulled her closer to him with his hand on her lower back. 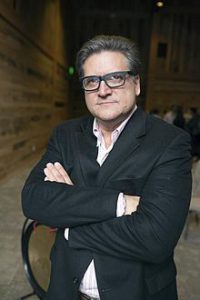 “That was it for me,” Halderman said. She contacted Jon Waldie, the Assembly Chief Administrator (until his retirement in 2014), and told him about Hertzberg’s unwanted serial hugging, and how the hugs had escalated to the groin grope. Halderman said Waldie assured her he’d talk to Hertzberg. He didn’t offer her the opportunity to file a complaint or any official reporting process. Halderman said she wondered at the time if she should hire her own private attorney.

Yet Halderman said she encountered Hertzberg again after her complaint to Waldie, and he stalked her down for more unwanted hugs in the empty Capitol corridors.

It should be noted that Jon Waldie was the subject of a Capitol lawsuit of his own when an “Employee maintained she was harassed for breast-feeding her baby at work.” The payout to the Assembly employee was $540,000 in 2003. In “Memo: 25 Years of California Legislature’s Sexual Harassment Settlements” by Tuple Legal, which obtained and reviewed State Capitol settlement records, court filings, historical news reports, and other documents to compile a database of the Legislature’s sexual harassment, sex discrimination, and gender discrimination settlements from the past 25 years, “the Legislature has paid out at least $1.9 million for sexual harassment complaints in the past 25 years. In 2017 dollars, the amount is $2.8 million.” Wow. Imagine that the Legislature is full of serial abusers, and has been for decades.

“Reviews are mixed. Hertzberg is an intense bundle of energy, an all-night negotiator, an affable, incessant hugger,” Los Angeles Times columnist George Skelton wrote of Hertzberg in 2001 as Hertzberg was departing the Assembly.

So the worst kept secret in the Capitol about “Huggy Bear” Hertzberg also includes complaints of sexual harassment, groping and creepiness. Linda Halderman hopes other women who have been groped and “hugged” by Hertzberg are in positions to speak out without losing their Capitol jobs.

As a former Human Resource Director, I say frankly everyone over the age of 10 should know that creepy lingering hugs, and hugs to people you don’t know is wrong, especially in the workplace.

And remember, Hertzberg’s name and credit card was discovered by Hews Media Group on a database in which members “paid to contact women on the Ashley Madison adultery website…”

Questions All Reporters and Media Should be Asking

Who are the law firms hired by the Senate and Assembly Rules Committees working for? Certainly not the victims. They are working solely for the protection of lawmakers, and have established attorney-client privilege with their “clients…” victims be damned when political jobs need saving.

What about the women in the legislature who feel nothing can be done about their abusers because they will lose their jobs?

How many open seats will we have this year, along with special elections because of lawmakers forced to resign?

Every single journalist should be asking these questions.

When does it all implode?