Environmentalists claim global warming can be mitigated, but only if humans are forced to reduce greenhouse gas emissions. This pseudo-science is what California’s leftist politicians have adopted to control human activity, and the unelected bureaucrats at the California Air Resources Board based its cap-and-trade carbon auction program on. 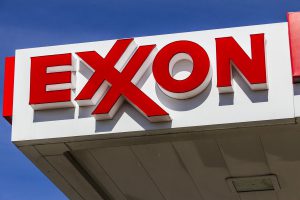 The good news is that Exxon Mobil is fighting back against this shakedown attempt. “Now Exxon, one of the defendants, is launching a new counterattack by highlighting past bond disclosures in which its government critics suggested they couldn’t predict whether and when sea levels would rise,” WSJ reported.

These greedy municipal cheaters are now caught between two significant, self-imposed frauds: Either their lawsuits are fraudulent, or their bond offerings are.

Oakland, San Francisco, Santa Cruz and Imperial Beach are plaintiffs, as are San Mateo County, Santa Cruz County and Marin County. While these seven local California governments are suing the oil and gas industry in an effort to stick them with the bills for preparing for rising sea levels, these same cities are also lying about one issue or the other. When they sold debt to investors in the form of bonds, these local governments indicated they were entirely unsure whether they are vulnerable to the effects of climate change. These California cities attempting to make money off oil companies appear to be using the Jesse Jackson/Al Sharpton Shakedown and Extortion approach in which the truth does not matter.

Taking oil companies to court, and blaming them for anticipated catastrophes is purely politically motivated. These seven cities are looking to blame someone else to get out of footing the bills for a real or imagined problem. Without getting into the weeds on climate change, let’s agree that climate changes. I’m pretty sure that the sun causes climate changes, rather than my exhaling breath, or my Eco-Diesel Jeep Grand Cherokee. Even the EPA agrees: “Changes in the sun’s intensity have influenced Earth’s climate in the past.”

“San Francisco’s lawsuit said it faced ‘imminent risk of catastrophic storm surge flooding,’ while a general obligation bond offering last year said the city ‘is unable to predict whether sea-level or rise or other impacts of climate change…will occur,’” the WSJ reported. “Santa Cruz County said in its complaint it was experiencing more frequent and extreme droughts, precipitation events, heat waves and wildfires, and faced a 98% chance of a ‘devastating’ three-foot flood by 2050. Yet a bond offering last year mentioned only ‘unpredictable climatic conditions, such as flood, droughts and destructive storms’ as a risk factor.”

Some California communities are quick to point out the costs of climate change when its politically advantageous, but they ignore the issue when it’s financially expedient. The stark disparity between what these local government allege in their lawsuits against the energy industry, and what they disclosed to investors in their bond offerings, demonstrates a level of outright fraud. But fraud is nothing new to California’s politicians.
One blatant example: the cap and trade funds extorted from California businesses by way of carbon offset auctions, are being laundered through Western Climate Initiative, Inc., “WCI Inc.,” a Delaware Corporation formed by the California Air Resources Board under Mary Nichols, CARB Chairwoman. What is a state agency doing funneling public money to a Delaware shell Corporation? That’s easy. Wealthy individuals and businesses who want to mask their ownership stash billions of dollars in tax havens in Delaware, or offshore accounts. Nichols has never explained why WCI Inc. was registered as a Delaware corporation, and not registered instead in California, just as the businesses the California Air Resources Board regulates are.

Josh Rosner, writing for Seeking Alpha, analyzed the lawsuits and municipal and city bond issuance documents. “The lawsuits against Chevron (CVX), Exxon Mobil, BP (BP), Shell Oil (RDS.A) (RDS.B) and over a dozen other firms now may provide the bond insurers and investors with a cause of action against the California plaintiffs in this case for failure to disclose, in bond deals, what it claims are massive environmental risks and damages to those counties and cities.

Rosner compiled a full analysis of each municipal bond issued, and plans to expose all relevant details in the coming days.  “In 2016 and 2017 alone, these issuers sold bonds with over $25.36 billion of principal amount.”

Rosner notes as a result of the subprime mortgage crisis, many of the same California counties suing the oil companies” filed suits against the five largest municipal bond insurers for “forcing” local governments to needlessly buy bond insurance in order to get higher credit ratings and issue debt with lower interest rates.”

California’s liberal Attorneys General have historically made a practice of filing shakedown lawsuits against certain politically incorrect industries and businesses, designed to force acquiescence to leftist political policies such as global warming, and climate change regulations. California’s current Democratic Attorney General Xavier Becerra has 24 lawsuits filed against the Trump administration, most of which are about climate change, and most of which he has lost. However, Becerra’s epic losing streak has not deterred him – Becerra is apparently not results-oriented.

California Governor Jerry Brown, the state’s Attorney General 2007-2009, threatened to sue the George W. Bush Administration for “acting in collusion with the auto and oil industries,” accused the Bush administration for illegally adopting “dangerously misguided” gas mileage rules, filed suit against the U.S. Department of Energy over the Bush Administration’s “grossly inadequate” home furnace and boiler efficiency regulations, which Brown said “did not do nearly enough to reduce energy use, greenhouse gas emissions and consumer costs from boilers and furnaces.” And Brown sued the Bush Administration over its “effort to gut the Endangered Species Act,” claiming Bush was undermining the dubious and abusive Act.

Is it any wonder that AG Becerra thinks his job is to harass the Republican Presidential administration, or why seven California cities are suing Exxon and other oil companies?

“The level of potential coordination is suspect and the conflicting representations the parties appear to have made suggest two possible conclusions: either the claims against energy manufacturers are frivolous, or the municipalities have made misleading, and perhaps fraudulent, statements to investors,” The Manufacturers’ Accountability Project noted in a press statement. “Either way, the integrity of the lawsuits and the government officials and lawyers behind them has been called into question.”