In another Episode of ‘As the Capitol Turns’ we see that in our ‘Search For Tomorrow,” the ‘Bold and the Beautiful’ aren’t, ‘Dark Shadows’ lurk in the hallways, ‘Passions’ flare, and ‘The Guiding Light’ only lures young interns and fellows to ‘The Edge of Night.’ Or perhaps this is just another in the How California Democrats Have Turned The Golden State Into A ‘Sh*thole’ series. 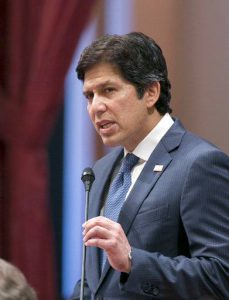 If the persistent whisper network around the California State Capitol is evidence of anything, Senate President Pro Tem Kevin de León (D-Los Angeles), is scrambling to prevent the other shoe from dropping… on him. The Capitol sexual harassment scandal under de Leon’s watch is growing, despite de Leon’s attempt at containment.

De León’s “containment” is not to help the female victims of these sexual harassers; the containment is solely to protect lawmakers’ jobs and future prospects. This is because California State Sexual Harassment law states if the harassment is by a supervisor, the employer will be on the hook under strict liability. If the harassment is by a co-worker, however, the employer will only be on the hook if a supervisor knew or should have known of the harassment and failed to take immediate and appropriate corrective action. And it appears there were several/many top officials who knew of the harassing.

As a 20-year Human Resource Director, I’ve been rightfully critical of the negligence and incompetence by the Senate and Assembly in their handling of these sexual harassment complaints. It’s increasingly becoming clear that the Senate HR Director was not hired in 2014 because of her decades of high-level HR experience. And in the Assembly, the cover up by then-Assembly Rules Committee head Nancy Skinner (now a State Senator) and vocal Berkeley feminist, should put an end to her career immediately. Skinner in 2009, covered up Raul Bocanegra’s sexual harassment when he was a chief of staff, even after Bocanegra was “disciplined,” assisting his election to the Assembly where he allegedly went on to harass six more women. Skinner was silent during Raul Bocanegra’s 2012 and 2016 Assembly campaigns, despite a group of 11 women who wrote to her asking the Rules Committee to release information about Bocanegra’s sexual harassment history so the voters in his district could make an informed decision.

Any private sector business would have legal hell unleashed on them for covering up, ignoring the sexual harassment complaints, not filing the proper written complaints, allowing the alleged perpetrators to remain in the workplace, and keeping one harassed fellow in the office of the accused harasser.

“accusations have been levied by women against State Senator Tony Mendoza (D-Artesia), Assemblyman Raul Bocanegra (D-Arleta) Assemblyman Matt Dababneh (D-Los Angeles), Assemblyman Devin Mathis (R-Visalia), and more to come. The“whisper network” inside of the Capitol tells much: Several additional lawmakers are being named as harassers, and I heard that one leader’s Chief of Staff contacted former female staffers to offer incentives to avert any potential accusations.”

I’m still hearing that several more Capitol lawmakers will be named as sexual harassers and abusers. Some insiders allege de León is likely to be one of those named.

Who could forget the 2014 Senate Human Resources Department nepotism scandal when then Sen. Pres. Pro Tem Darrell Steinberg was in charge? Dina Hidalgo, the head of human resources for the California Senate played a major role in hiring more than 40 friends and relatives. Her immediate supervisor, Greg Schmidt, then was the Senate’s top administrator, had his own nepotism issues with his son, daughter and nephew employed by the Legislature.

The Senate HR scandal was child’s play compared with the criminal activities plaguing the Senate in 2013 and 2014 under the “leadership” of then Pro Tem Steinberg. Sen. Ron Calderon, D-Montebello, was indicted on federal corruption charges, and Sen. Leland Yee, D-San Francisco, was indicted on federal corruption charges, racketeering, and arms dealing, while Sen. Rod Wright, D-Inglewood, was convicted of perjury and voter fraud in January for lying about his legal residence in Los Angeles County.

And do not forget that Al Jazeera broke the explosive Calderon story-not the Capitol Press Corps. The capitol news outlets, loathe to ever really investigate Democrats for “fear of losing access,” were late to the story. http://america.aljazeera.com/articles/2013/11/14/calderon-refusedtowearrecordingdeviceinfbiprobe.html  Calderon also alleged he was asked to wear a wire for conversations with De Leon. Where there’s smoke, there’s fire.

‘The Young and the Restless’

I’ve been told Sen. Pres. Pro Tem De León’s right hand man, Secretary of the Senate, Daniel Alvarez, was warned by the Senate’s Human Resources lawyer that he was legally mishandling the sexual harassment cases, so Alvarez sent him packing out of Senate HR and into the Senate Office of Research. Perhaps it is because the Chief of Staff contacting former female employees was de León’s, Capitol insiders allege. The word is Alvarez/de León are offering to make it worth their while, if female staffers with harassment complaints go to de León and Alvarez first, rather than taking their complaints public.

Others say it appears Alvarez is also preparing to leave the Senate as “it is all falling apart.” Whatever is happening, Alvarez rules like a Stalinist, and does not allow his Deputy Secretary for Human Resources Jeannie Oropeza to make even basic decisions without running it by him first, according to a January 2 article by Ben Adler at Cap Radio. Oropeza and Alvarez are well-acquainted through previous state employment. 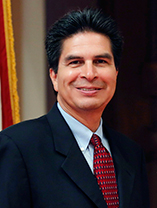 Samira Collier Watt, the former No. 2 Senate HR official, said she didn’t believe Alvarez’s choice of Senate HR Director was qualified for the job.”Watt’s nearly 25 years in that office — and 40 years under the Capitol dome — ended when she retired last week,” Cap Radio reported. “It’s been very challenging to work with this kind of leadership for the past two-and-a-half years,” she said.

Remember, this is the same State Senate de León leads in which the human resources office knew about de León’s roommate Sen. Tony Mendoza’s alleged sexual misconduct with a female student Fellow months back in September. “But instead of immediately placing the lawmaker on leave, or finding a safer place for the young woman — as experts say a properly trained, experienced HR professional might have done — Senate leaders left the Fellow in Mendoza’s office for another six weeks,” Adler reported.

De León claims there will be a “new standard” in the Senate along the lines of Vice President Mike Pence’s who does not hold business meetings over meals with women unless his wife is present (a policy which Democrats mocked).  But de Leon’s “new standard” is just a retread of old leftist dogma. The rules and ethics already exist, should anyone choose to live by them. These lawmakers have demonstrated the rules they enact do not apply to them.

De León announced the Senate has hired an outside legal team to investigate all complaints of sexual misconduct and recommend discipline following new allegations against Democratic Sen. Tony Mendoza. However, hiring an outside law firm to investigate sexual misconduct serves only to establish attorney/client privilege and maintain confidentiality to work to shield key facts from the public and independent law enforcement evaluation, as I have warned since November.

Several years ago my husband and I were eating dinner at a local Chinese restaurant where a Pacific Islander caucus fundraiser was also taking place. We watched with keen interest when then-Assemblyman De León entered the restaurant, and proceeded to make his way through the fundraiser kissing, hugging, touching every woman he encountered – most of which turned their faces away, ducked the hugs, and slid away from the touches. (like this: https://goo.gl/images/pS3RVV ) And note that Kevin de León’s real name is Kevin Alexander Leon. Who changes their name to sound more ethnic other than Hispanic Democrats? Antonio Villaraigosa, known in his youth as Tony Villar, and his wife combined their last names when they were married to get Villaraigosa.

Ironically, while women were apparently being harassed inside of the Capitol, Sen. Pres. Pro Tem Kevin deLeón, D-Los Angeles — also a candidate for U.S. Senate — authored the 2014 “Yes Means Yes” bill SB 967, signed into law by Gov. Brown, which reclassifies consensual sex on college campuses as “rape.” (Do and I say, not as I do) California is the first state in the U.S. to require public colleges and universities to adopt a “yes means yes” standard of affirmative sexual consent when dealing with sexual assault crimes on campus. It is still unclear how classifying most consensual sex as rape, will do anything to help real rape victims.

Also ironically, Sen. Nancy Skinner is among more than 140 women who signed the recent letter detailing sexual harassment inside of the Capitol, even admitting, “There’s a blur between our work life and our social life.” Really? Who says this? Skinner signed the letter along with women who actually have been sexually harassed and abused by Skinner’s fellow lawmakers, whose actions she covered up.

‘Love Is a Many Splendored Thing’

Who could forget the scandal in which Sen. Janet Nguyen was forcibly removed from the Senate Floor Feb. 23, 2017 for speaking about the late Senator Tom Hayden, and his involvement with communists in Vietnam. Then de León, as chairman of the Senate Rules Committee, appointed a three-person panel to investigate the Nguyen First Amendment violation incident, and appointed his Secretary of the Senate Daniel Alvarez to the panel. Alvarez was involved in the forced removal of Senator Nguyen.

Stay tuned to As the Senate Turns. We are witnessing first hand what happens when in this one party state “Power tends to corrupt and absolute power corrupts absolutely.”