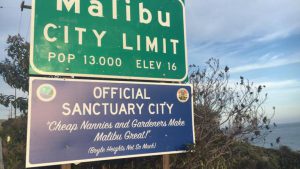 Democrats have proposed an Assembly Constitutional Amendment authored by two uber-leftists, Assemblymen Phil Ting, D-San Francisco, and Kevin McCarty, D-Sacramento, to extort profits and tax savings from California businesses making more than $1 million — net, not gross. Democrats refer to these businesses as “corporations,” and these profits as “windfall,” which they say would be used for entitlements for low-income and middle-class families. What these really are is pension taxes.

And if extortion isn’t enough, California Attorney General Xavier Becerra said he and his minions will prosecute and fine employers who cooperate with ICE agents in detaining illegal aliens, as laid out in AB 450, which (unconstitutionally) prohibits California employers from allowing immigration enforcement agents to enter workplaces without a judicial warrant. This unconstitutional and outrageous law also prevents employers from voluntarily sharing confidential employee information without a subpoena.

In essence, Becerra and Gov. Brown are forcing business owners to refuse to obey Federal immigration laws when asked, prioritizing illegal aliens over the safety and security of legal citizens in California. Both Becerra and Brown are ostensibly lawyers.

Assembly Constitutional Amendment 22 by McCarty and Ting, would impose a “surcharge” on corporations doing business in California, of 10 percent on net earnings of more than $1 million, equivalent to half what they received from the federal tax cut. In a nutshell, this doubles the corporate tax rate in an effort to “grab the cash California corporations are saving from President Trump’s Tax Cuts and Jobs Act and spend it on social services,” Chriss Street at Breitbart said.

“So hand it over, capitalist pig. Oh, and by the way, you have a real nice business going there. It’d be a shame if anything happened to it,” Rick Moran at PJ Media wrote. 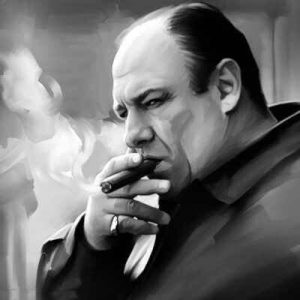 What’s next for California’s Mafia Democrats – loan sharking, protection racketeering, money laundering, and bookmaking? There’s nothing like threatening California businesses to not follow Federal Law to get them to leave the state for greener pastures.

Even the Sacramento Bee Editorial Board thinks this is a dumb idea. “The windfall – as much as $17 billion a year – would go to low-income workers in the form of an expanded earned income tax credit, tax rebates or other tax relief to be determined, and would be spent on more state-funded child care, early childhood education, affordable health care and college financial aid,” the Bee editors said.

How exactly do low-income workers get an earned income tax credit? But I digress.

My friend Richard Rider summed up this idiotic bill beautifully:

“Economic Development Departments in the other 49 states LOVE this bill!  Even though it won’t pass, it’s a clear warning to businesses inside AND outside of California to not move to (or remain in) the Golden State. No state is so anti-business as California. We hate rich people and prosperous businesses — this mindset has become the official policy in Sacramento (and usually on the local level as well).
California has indeed become the engine of prosperity — for the OTHER 49 states.”

Sanctuary State is No Sanctuary for Citizens

In my recent book co-authored with James V. Lacy, “California’s War Against Donald Trump: Who Wins? Who Loses?“ we address Brown’s defiance against the Trump Administration, most evidenced with Jerry’s preoccupation with illegal aliens (over citizens), sanctuary cities and California as a sanctuary state. Brown defied President Trump, California’s residents, public safety and all common sense, by signing into law legislation identifying California as a “sanctuary state.”

What Californians actually want is a governor who puts the needs of legal taxpaying California residents and citizens over those of violent, dangerous, recidivist criminals, and illegal alien criminals.

Lastly, California voters “legalized” recreational pot; the new law went into effect January 1, 2018. Several years ago Colorado and Washington State did the same.  They were promised increased tax revenues and better-educated children for their vote. For the love of money and claims of liberty, disasters are now unfolding in both states with spiking crime, and a 100 percent increase in traffic fatalities.

California is embarking on likely the same disastrous path, if not worse, despite copious amounts of destructive evidence. Only, according to attorney John Eastman, California, Colorado and Washington didn’t actually “legalize” pot. States can’t legalize pot because it is a federal law. States are only altering their own statutes.

Opponents to the 2016 Proposition 64 identified that California’s law was radically different from legalization measures in other states, and even would repeal countless consumer protections.

Opponents asked these five questions before the 2016 vote to “legalize pot:”

Gov. Jerry Brown and the state’s Democrats were unable to answer any of the questions, thereby consigning California “sh*thole” status.