A lot of ink is being spilled talking about the US debt – which has surpassed $20 Trillion. But the debt problem isn’t just national. 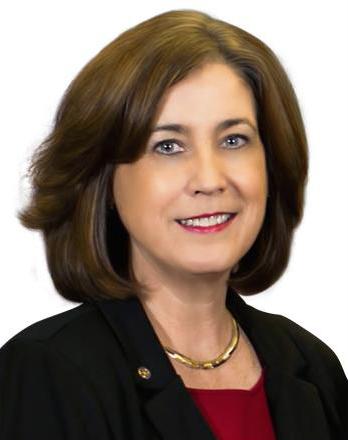 California’s debt has climbed to over $425 Billion – and if you include local unfunded pension & debt liability, we face a $1.3 Trillion debt – over half of the entire GDP of the state. According to USdebtClock.org, California is accumulating $100 Billion more debt every year.

That is more debt than many countries. California’s debt is twice as much as Switzerland, who’s national debt stands at $670 Billion; and about the same as Mexico ($1.4 Trillion) and Australia ($1.3 Trillion). And that does not even include enormous costs for the Governor’s pet projects – High Speed Rail and the Delta Tunnels.

Governor Brown did push to add $5 Billion to the state’s rainy-day fund, what we usually call reserves, bringing the state’s total reserves to $13 Billion – about 10%. But in 2011, California faced a 29% budget shortfall, which would translate to $55 Billion in today’s budget — more than three times the current level of reserves.

The problem is not limited to the state.

Local governments are facing increasing debt (especially unfunded pension and benefit liabilities). A recent report from the League of Cities shows that within seven years, taxpayer contributions needed to keep pension systems afloat will double from current levels. That means services will have to be cut or already-high taxes will have to increase.

Last year, the Sacramento County Board of Supervisors adopted our final budget for the 2017-2018 fiscal year. Although I am pleased that we were able to fund vital programs and departments like public safety, I am deeply concerned that we lack a long-term vision for making Sacramento more fiscally responsible.

I believe we can improve our fiscal health by using a three-tiered approach.

First, we need to define what are the Core Services the County provides – and work to fully fund those programs. Then we have to demonstrate the courage and discipline to reject spending on new programs that sound nice, but drive spending and are beyond those core services. Earlier this year I conducted a survey of my constituents it showed the most important issue was public safety, closely followed by transportation (the number three issue, which was a distant third, was homelessness). So let’s put a heavy emphasis on funding our cops and our roads.

Second, we need to slow the growth of county government employees. Employees do many vital jobs, but the cost to taxpayers is not just the salary and benefits of current employees, but every employee we hire raises our unfunded pension liability, Sacramento County’s current unfunded pension & benefit liability is a staggering $1.2 billion.

When the great recession hit, reserves weren’t high enough and we had to make massive cuts to the number of employees, including Sheriffs Deputies, and we significantly cut the level of services provided. But now that we are climbing out of the recession, departments want to get back to their pre-recession levels of employees. It seems obvious to me that our pre-recession levels were too high, and that we have make do with what we have. We currently have over 11,000 full-time employees – I believe we can provide excellent service to Sacramento County without the need to greatly increase this number.

Finally, we need to make a far greater investment into our reserves than we currently do. Sacramento County has the lowest level of budget reserves of any large county in California – so low that the county with the next lowest level has six times the reserves. Relying on reserves, Sacramento County would only have enough money to last eight days.

Unfortunately, our current policy of investing 10% of our general fund increases will not solve our problem for 80 years – and based on history we are likely to experience multiple economic downturns during that timeframe. That is why I have proposed increase Sacramento County’s investment to 40% each year, which will cut the time needed to restore prudent reserves to just 20 years.

Focusing critical programs and core services, slowing the growth, and investing in reserves are difficult. It is easy to agree to these in principle, but when it comes to actually making tough decisions, most elected officials cave to the pressure of wanting to make everyone happy. But that happiness is short term. Regardless of which side of the spectrum you are – from small limited government to expansive service provider or economic driver – prudent reserves (and less unfunded liability) ensures that government can meet those expectations.