California lawmakers are not only bulldozing classic liberal education, they are legislating more LGBT lifestyle and pornographic perversion in education curricula. At the same time, they are also trying to outlaw homeschooling, removing all doubt that the left is indoctrinating your kids, and using them as revolting sociological experiments. 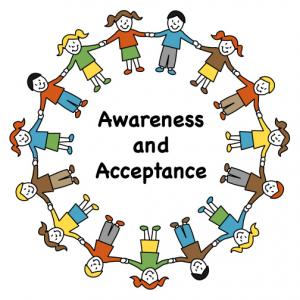 Friday April 27 is the annual GLSEN (Gay, Lesbian and Straight Education Network) pro-homosexual “Day of Silence,” celebrated on K-12 public school campuses across the country. I remember my introduction to this agenda when my son’s high school celebrated it without first notifying parents, and then feigned surprise when so many parents opposed it. My son’s English teacher introduced his students to a bizarre homosexual agenda and attempted to normalize this unsafe behavior by bringing two lesbians into the classroom to discuss their lifestyle – to 16 and17 year old kids — in a high school class.

Currently, the California State Assembly is pushing through a bill that would ban the sale of books expressing orthodox Christian beliefs about sexual morality. Yes, they are trying to ban books.

They also are also pushing “pornographic,” “gender-bending” sexual education curricula conducted and promoted by Planned Parenthood, further diminishing the rights of parents as the state continues its forced indoctrination.

But wait! There’s more! LifeSiteNews reports California is about to implement new abortion-and homosexualty-promoting sex education lessons. And an Orange County school district recently told parents they have no opt-out choice for their children:

In a memo dated March 29 to the Orange County Board of Education, Orange County Department of Education general counsel Ronald Wenkart says that the law’s opt-out provision “does not apply to instruction, materials, or programming that discusses gender, gender identity, gender expression, sexual orientation, discrimination, harassment, bullying, intimidation, relationships, or family and does not discuss human reproductive organs.”

Parents who disagree with the state’s LGBT positions “may not excuse their children from this instruction,” Wenkart continues.

Then there is St. Mary’s County Library in Maryland, which contracted a Planned Parenthood certified instructor to put on a pornographic sex workshop for teens, with no parents allowed. When mother Kathleen Crank tried to enter the class, she was arrested for trespassing. I’m sure this is not an isolated event.

From the people who believe, “Gender identity is one’s personal experience of one’s own gender,” and “Allowing children to pick and choose what they would like to be is essential for growth, confidence and self-esteem,” comes an education blog by the American Federation of Teachers labor union which touts “5 Ways We Can Help Reduce Gender Bias in the Classroom.” The blog writer offers, “five universal tips I have put together that you can use to help curb gender bias!” There are such gems as, “Gone are the days when we can divide the population into just girls or boys, male or female;” and “As we are all aware, gender is a social construct, so the classroom can become an area in which these social norms are left at the gate and children can become anything they want to be.”

And now your kid’s high school history book says you are a racist and bigot because you voted for Trump. High schools now use an AP History book titled By the People, A History of the United States, published by Pearson Education. A mom posted photographed pages of the book on Twitter, and sent it to a local radio show. PJ’s Megan Fox reported the book criticizes Christians as terrified bigots:

“Those who had long thought of the nation as a white and Christian country sometimes found it difficult to adjust.” The book continues on, calling Trump an outright racist. “Trump tapped into a sense of alienation and ‘being left behind’ that many voters–most of all white poor and working-class voters–felt. But quite unlike Sanders, Trump was also extremely anti-immigrant, especially attacking Muslim immigrants.”

“Most thought Trump was too extreme a candidate to win the nomination, but his extremism, his anti-establishment rhetoric, and, some said, his not-very-hidden racism connected with a significant number of primary voters.”

“There doesn’t seem to be any mention in this history book about the 30,000 emails Hillary Clinton deleted off an illegal server, or the mental instability of her followers who donned pink hats meant to look like genitalia and screamed helplessly at the sky,” Fox said. “Rewriting history can’t happen a year and a half after the event. There are just too many of us who still remember. If the left wants to get good at this, they’re going to have to be sneakier. Try harder, dummies.”

Back in California, Democrat legislators are going after homeschoolers with bills AB 2926 and AB 2756, all by Democrats, by using the bizarre Turpin family torture case as an excuse to destroy homeschooling for all.

Then we have the handiwork of the Thought Police: Assembly Bill 2943 would outlaw Christians and other religious groups with a Biblical view of sexuality from helping people with unwanted same-sex desires or gender identity confusion.  Assemblyman Evan Low’s bill, AB 2943, declares “advertising, offering to engage in, or engaging in sexual orientation change efforts with an individual” as illegal under state’s consumer fraud law.

The bill would also ban books from being sold in California that tell people their religious faith or secular counseling has the ability to change same-sex attractions or gender dysphoria, according to Alliance Defending Freedom.

Parents, taxpayers and voters need to demand answers to why America’s taxpayer-funded schools have become the promoters of these unhealthy behaviors, while replacing traditional education.

I recently met with several gay individuals who are also devout Christians. They are fighting this bill for several reasons, but mostly because they believe it would outlaw them from seeking any psychological counseling related at all to issues surrounding their homosexuality. One man said because he is gay and Catholic, and has chosen not to lead the pleasure-seeking lifestyle associated with homosexuality, he goes to counseling from time to time for support. AB 2943 would deem his therapist a criminal for treating him. And he said it would force all therapists to shun gay clients. He said California lawmakers are trying to criminalize the view that limited orientation change is possible for some same-sex attracted persons through counseling.

“There is not only no scientific evidence that sexual orientation is immutable, there is conclusive scientific evidence that most people who experience exclusive same-sex attraction end up developing an interest in the opposite sex over time,” Jeremiah Keenan recently wrote at the Federalist. He cited psychologist Jordan Peterson who points out that gender ideologues “have already lost the scientific battle, and so they’ve taken it to the legislative front to enforce their views.”

The LGBT movement lost the battle on the scientific front, and those familiar with study after study on sexual orientation do not take the left’s propaganda seriously. But they’ve been quite successful on the educational, legislative and judicial fronts at enforcing their views. And that’s where we are today.

As Megan Fox wrote, “These leftists who advocate for every type of sexual proclivity to be taught in gory detail to K-8th graders have zero understanding or compassion for parents who are fighting with every tool in their arsenal to keep this oversexed-culture rot from their children.”

Parents, regardless of your political affiliations, before it’s too late, it’s time to fight to bring back classic, traditional liberal education to classrooms again.