Why is California such a cesspit of political corruption? Both U.S. Senate candidates from California have some serious legal troubles and should spend time in the pokey. 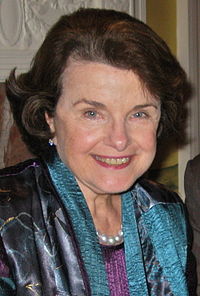 For 20 years, U.S. Senator Dianne Feinstein (D-Calif.) employed a Chinese spy on her staff while she headed the Senate Intelligence Committee. When the FBI notified her about the spy on staff, Feinstein allowed him to retire, but claimed she fired him. Why wasn’t he immediately arrested by the FBI?Feinstein tried to claim Russell Lowe, the man who has been identified as the spy for Communist China, was nothing more than her driver — for 20 years. Other news reports say Lowe was her San Francisco District office manager and as such, had access to nearly everything that went through her office.

De Leon figured prominently in the 2014 investigation into CA Sen. Ron Calderon’s FBI bribery case. “In a 125-page FBI affidavit posted online on Wednesday by the cable news network Al Jazeera America, de León’s name appears prominently—and as many as 47 times—in two of three stings that federal undercover investigators launched against state Sen. Ron Calderon, a longtime friend of de León whose Sacramento office was raided by FBI agents in June as part of an investigation into his finances,” Highland Park Patch reported.

Yes, Al Jazeera America and the Patch reported this — not the Los Angeles Times, McClatchy News, or San Francisco Chronicle. They all yawned.

“So far, news outlets like the New York Times, the Los Angeles Times, and even Washington D.C.’s own Post still have yet to report a single word on this penetration, even while both newspapers are filled with Russian intel ops and their aftermath,” Hot Air’s Ed Morrisey reported last week.

“China investments have helped make Feinstein, who lives in a $17 million mansion in San Francisco and keeps a $5 million vacation home in Hawaii, one of the richest members in Congress,” the New York Post reported. Feinstein and her husband, developer Richard Blum, have gotten very rich off of their Chinese investments.

And, the Post reminded us that Feinstein was caught up in the 1996 campaign-finance scandal that exposed the DNC and Bill Clinton. Feinstein eventually returned $12,000 in donations tied to John Huang.

“All of this would have taken place at the same time as Feinstein’s staffer was in contact with Chinese intelligence,” Morrisey said.

Kevin de León, which isnot the name on his birth certificate and voter rolls, has violated state and federal laws by authoring the state’s sanctuary legislation that has made illegal aliens, and illegal alien criminals, a privileged, protected class.

“On his birth certificate and voter rolls, however, the 50-year-old politician is Kevin Alexander Leon,” the Sacramento Bee reported. “Though he’s used the name – with an accent – for the last 30 years, de León never changed it on legal documents.”

Remember, this was the Obama FBI investigating these thugs in suits. De Leon should not have been allowed to walk, and further inflict his corruption on the citizens of California. Watch how de Leon avoids calling Feinstein a crook, lest he draw attention to his own legal issues and corruption.

As for DiFi, she should be wearing an orange jumpsuit in the same cell as Hillary Clinton.