Madness on the Berkeley Campus

We all know good and evil, right and wrong. Yet, so few today seem willing to make even the smallest sacrifice to stand for good and what is right. 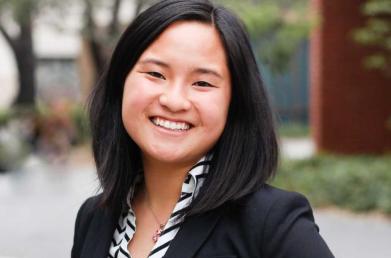 UC Berkeley Student Senator Isabella Chow did, and is paying dearly for it.

I first read of Isabella Chow’s “crime” atCampus Reform, which wrote about her daring to abstain from voting on a symbolic bill that she said would compromise her Christian values. And now more than 1,000 hysterical UC Berkeley students have signed a petition demanding that she resign.

The UC Berkeley Queer Alliance Resource Center asked the student Senate to pass a bill condemning the Trump administration for considering publishing guidance on a legal definition of gender that would require it to match a person’s sex at birth.

Think about that – requiring a legal definition of gender that would require it to match a person’s sex at birth has campus snowflakes and the politically correct speech police in a lather. Yet when a baby is born, the doctor declares, “It’s a boy,” or “It’s a girl,” not “it’s a Pansexual, 2/Two-Spirit, Gender Variant.”

The Trump administration proposal “would change the federal Title IX civil rights law and potentially remove its protections from 1.4 million transgender people, according to a New York Times story last month, based on a leaked memo,” SFGATE.com reported. However, the New York Times and SF Gate story are not accurate.

The Trump administration is considering issuing guidance establishing a biological definition of sex… because to most of America, it is not unclear how many genders/sexes there are. The administration is proposing to define sex to mean “a person’s status as male or female based on immutable biological traits identifiable by or before birth…” also known as the definition of sex that has existed for millennia. Also important to note, it is because of this definition, that Title IX was created and passed.

This is not to remove Title IX protections from transgender people; this is to bring sanity back to the discussion of the two genders, bathroom and locker room facilities, and school sports. This is about reversing theObama administration’s dubious changes to Title IX, done without legislation, which required schools to use a transgender student’s chosen pronouns, and make bathrooms either gender neutral, or allow transgender students to use they bathrooms and locker rooms they identify with. The administration even ordered that school sports allow transgender students on the team based on their chosen gender, not their biological one.

The Obama-era Title lX has changes have caused quite a lot of trouble in high school and college sports, with men who identify as women, playing against women, in addition to “violating the civil rights of female students by rendering them more vulnerable to exploitation and harassment, and it’s violating the civil rights of parents and local voters by unlawfully depriving them of their traditional role in the governance of the schools in their community,” NR reported.

“At UC Berkeley, the students’ resolution also urged the university to step up support of ‘transgender, non-binary, and gender non-conforming students’ and the campus groups that help them.”

Chow abstained rather than voting to promote LGBT and transgender groups, based on her religious beliefs.

“After the meeting, Chow emphasized that she did not want to misrepresent the campus’s Christian community as ‘transphobic and homophobic,’” The school newspaper, the Daily Californianreported. “It’s a difference in perspective, but it’s not a difference in action for other people, as other children of God,” Chow said.

This LGBT movement has moved far left of “acceptance” and “tolerance,” and is now practicing pure totalitarianism. And if you do not publicly affirm all LGBTTTQQIAA groups, you will be destroyed. This is the “new normal” of the left.

With Isabella Chow’s abstention on the ridiculous vote, she unwittingly endorsed the Trump administration position that there are only two genders, and that the law should reflect that. Most humans know that men and women are biologically distinct, no matter what they say in public. Privately, most Americans would admit that “transgenderism” is more of a mental illness, and should be treated, with compassion, as such.

When 99 percent of Americans can easily identify their own gender by looking inside their pants, yet are intimidated into agreeing on “many genders,” a madness has taken over reminiscent of “The Emperor Has No Clothes.” The tail is wagging the dog on political correctness over this issue in America.

Isabella Chow said she has no plans to step down from her elected position, because she ran on a Christian platform. “There’s a Christian community and campus that has been praying for me and encouraging me throughout all this. And if I don’t represent their views, who else will?” Chow said.

Chow said she hopes the controversy will further inspire dialogue within the Church. “I want the church to be able to dialogue even more about where we stand on this theologically,” she said, going on to acknowledge that there is a diversity of opinion amongst Christians about how to treat these issues. “I think that it’s time for the church to stop being silent. And it’s time for the church to start speaking up, and to back our words with actions that really reflect the love and the truth of Jesus.”

Isabella Chow is showing more grace and introspection than many adults. We all can learn from her because many of the people she goes to school with would choose to not allow Christians to exist, when they graduate and take their places in the adult world.