With fresh news this week that Californians—including 53 percent of Democrats and 68 percent of Latinos—are souring on taxes, it is perhaps no surprise that big government-happy legislators are turning to regulation to advance pet policy goals. 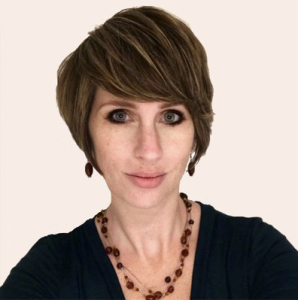 Among them are several measures targeting vapers in California and seeking to limit choices in the vapor market. All of these should be rejected out of hand, because they would have extraordinarily negative effects for public health and for California taxpayers.

On Wednesday, as reported by CALMatters, the Senate Health Committee voted 8-0 to give a tentative thumbs-up to a proposal to ban the sale of vapor products. In addition, state lawmakers are considering a proposal that might effectively ban e-cigarette ads.

Meanwhile, San Francisco lawmakers are explicitly aiming to chase out JUUL, an entrepreneurial vaping company based in the city. Proposed ordinances in the city council would ban vaping products and marketing, and “prohibit the sale, manufacture, and distribution of” e-cigarettes on city property.

All of these are inadvisable moves, in some cases because of their civil liberties implications, but overall because of the potential impact of stigmatizing vapor and e-cigarettes and placing them on a rhetorical par with conventional cigarettes. 16 million Americans are living with disease or illness caused by smoking—including cancer, heart disease, stroke, lung diseases, diabetes, and chronic obstructive pulmonary disease; approximately 480,000 of them die each year.

While it’s understandable that parents worry about their kids finding vaping attractive and ending up hooked, the reality is that in an era where taxpayers are increasingly paying the public at large’s health care bills, the emphasis from lawmakers and regulators really should be on ensuring the accessibility of and vibrancy of the marketplace for literally any product that provides an off-ramp from smoking. The fact is, that does not just mean pharmaceutical products like Chantix. It means e-cigarettes, and other products like snus.

The typical narrative from anti-vaping prohibitionists is that vaping is an on-ramp to smoking. My personal experience, however, and that of many vapers the world over is the reverse. I personally quit smoking by vaping. So too did my husband. So too have various friends. All of us had tried an array of options to help us quit before ultimately doing so successfully, thanks only to e-cigarettes.

Of note, my husband and I no longer smoker or vape. We intake nicotine when we eat vegetables that contain it, like peppers, but otherwise we are nicotine-free. Thanks to e-cigarettes, we are able to live healthier lives for each other and our young son. Why would legislators and regulators want to make it harder for other smokers to follow the pathway we did, and quit, for good? That is exactly what they are doing in pursuing vapor crackdowns.

It’s worth remembering that these policies are also regressive. The fact is, smokers are generally poorer than non-smokers. The likelihood is that they also really, really want to stop—perhaps more than their wealthier fellow addicts, because smoking is expensive and they have less disposable income. But let’s get real: The overwhelming majority of smokers want to quit—as of 2015, nearly 70 percent of adult smokers fell into that category. Taxpayers should want them to be successful; forget about lung cancer, treating emphysema isn’t exactly cheap.

Public health organizations have examined electronic cigarettes extensively over several years and urged their use as a means to help smokers replace combustible cigarettes. Public Health England (PHE) declared the use of e-cigarettes to be “around 95% safer than smoking” in 2015. The U.K.’s Royal College of Physicians likewise found that electronic cigarette use is “unlikely to exceed 5% of the harm from smoking tobacco,” and that “e-cigarettes appear to be effective when used by smokers as an aid to quitting smoking.” British physicians even went so far as to conclude that “in the interests of public health it is important to promote the use of e-cigarettes” along with other non-tobacco nicotine products “as possible as a substitute for smoking.”

As a dual US-UK national, I can tell you that in Britain, where efforts at health cost control are intense since it is a fully socialized health care system, GPs—family doctors—often urge long-time smokers to try vaping as a method to quit. And weird as it may seem, you can easily find people who were more successful quitting not by switching to tobacco-flavored e-cigarettes (as I did), but rather Piña Colada flavored vapor liquid.

The primary beneficiaries of vapor crackdowns appear to be Big Tobacco, and potentially Big Pharma. Several years ago, when the European Union was looking at regulating vapor, it appeared that some pharmaceutical companies were enthusiastic given that this could diminish “competition” for their smoking-cessation products (ironically, this is something that Sen. Jeff Stone, an anti-vapor hawk and a pharmacist appears to be unaware of). If you look at what happened with Big Tobacco stock prices the day that FDA Commissioner Scott Gottlieb announced a vapor crackdown, you’ll spot something interesting and disturbing: They went up.

At the end of the day, if lawmakers really want to help people quit smoking, available data and my personal experience show they should at least remain open to vaping—and other products like snus— as an effective alternative, rather than smother vapor and other products that logic would dictate are likely to be less harmful than lighting something on fire and breathing it in.

In this case, lives are quite literally on the line.

Liz Mair is the Strategist for Vapers United, a 501(c)(4) organization that advocates on behalf of individual vapers, their friends and families, and smaller vapor retailers. In her capacity as President of Mair Strategies LLC, a boutique strategic communications firm, she has worked on vapor and tobacco taxation and regulatory issues for approximately eight years.