Red Flag Laws: Could the Cure be Worse than the Disease?

It’s been said that Mother Nature abhors a vacuum, but of course, so do liberal politicians. That’s why, in the wake of the horrific tragedies in El Paso, Texas, and Dayton, Ohio there have been numerous calls for “something to be done.” It’s the predictable action we typically see from “outraged” liberals in the aftermath of mass shootings committed by wanton and violent people. 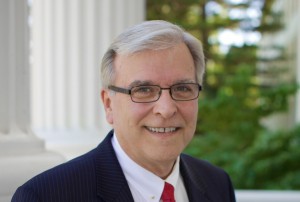 The most popular band-aid being proposed is the passage of a national “Red Flag” law. California, along with16 other states, have such laws in place and California is considering greatly expanding its version. AB 61 (Ting – D, San Francisco) would go beyond allowing law enforcement officials and family members to ask a court to issue a gun violence restraining order.

Under this new measure employers, co-workers (with the employers’ permission), or an employee or teacher of a secondary or post-secondary school (with the school administrations permission) would be allowed to make a request to file for an ex-parte one-year gun violence restraining order petition.

For the record, “ex-parte” means only the petitioner is required to present the request for an order to a judge. An “ex-parte” order hearing is an exception to the due process requirement of American jurisprudence that all parties to an action be heard. Once granted, there will be a full hearing later but by that time the “target” of the order will have to hire an attorney and defend against the already granted presumption of a threat to him/herself and/or society.

Speaking to the effectiveness of such an expansion of requestors of gun violence restraining orders, Santa Clara County Deputy District Attorney Marisa McKeown has said, “The more of these that we do, the more that we empower the public to remove weapons from those who are a risk, the more we can prevent the type of tragedy that we’ve seen.”

There may be a good reason for Deputy DA McKeowan to believe turning untrained, non-professional people into gun violence restraining order “requestors” will be good for California. However, it should be noted that according to information from the CA Attorney General’s Office California judges issued slightly more than 600 such orders from 2016 to 2018 in the most populous state in the nation.

That’s a little more than 200 orders per year and in a state of more than 37.6 million people and it’s an infinitesimally small number of gun confiscations each year. It also means that an extraordinarily small number of Californians know someone that’s been the subject of such restraining orders, but under the new legislation that could change dramatically.

Taking the “Red Flag” law to a national level raises several rather significant questions. While liberals typically take the position that their state-level laws, for example, sanctuary state laws, preempt federal ones how will a national system of restraining orders be implemented? Will Congress actually take the position that the presumption of innocence will no longer the standard by which American citizens and their constitutional rights are to be judged?

These are not simply rhetorical questions when you consider the next steps to solving something now being characterized as a “gun” problem, rather than a “people” problem. In fact, consider the nature of such laws which allow people you know, as well as those you may not know, to file for a “petition” based on what they “think” you’re thinking and potentially grounded in their like or dislike of what you say in passing about an issue or situation.

Beyond all of the thorny constitutional questions such laws pose is consideration of what comes next. Is taking away guns going to reduce the “potential threat” a person perceives another poses to themselves and the rest of the world?

What about knives or other sharp instruments in my possession? What about baseball bats, hammers, pipe wrenches, ropes, or even plastic bags? You’ve made the determination that I’m a serious threat so where does it stop? Do you take my car keys, since a madman can commit mass murder with a vehicle? Is it going to be possible to strip my constitutional rights, based on a presumption and not a professional diagnosis, but allow me to continue living in the same home a wife and children?

Finally, what is the responsibility of the judge, the “reporting person,” law enforcement, or even the Federal government for taking “band-aid” steps to remove an “object,” but not see clearly enough to address the real problem?

If we continue to focus on “objects” as the source of evil, rather than the people who commit heinous acts there will be more candlelight vigils across our country. Allowing lawmakers to get away with the creation of laws diluting constitutional rights, in the name of “doing something,” as opposed to addressing the true nature of man’s inhumanity to man will only ensure the reoccurrence of such depravity.

Then they came for me—and there was no one left to speak for me.

Band-aids are great for helping children believe that you’ve fixed their “Owie,” but they can give adults a false sense of security when it comes to providing protection of their own injury. Remember, when a band-aid is used improperly it can lead to larger problems than the ones it was intended to solve.

Maybe instead of settling for band-aids that impact the rights of someone else, we should take the time to honestly address at least some of the causes for people to believe that a violent act committed with any type of weapon is the answer.