It’s Not Just About the Beaches

On April 30, in a stunning political move, Gov. Newsom ordered all Orange County beaches closed indefinitely. But this is not just about the beaches. 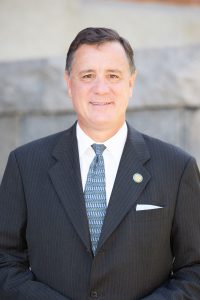 This is a fight about whether free people, acting through their local governments, can retain control of their lives and their economy. The alternative pushed explicitly by the governor is for him and his administration to fundamentally re-engineer the once Golden State.
Enter Tom Steyer.

Billionaire investment banker Tom Steyer scrambled from the wreckage of his recent presidential campaign to answer Gov. Newsom’s call to run the governor’s so-called Business and Jobs Recovery Task Force. This is an 80-person team supposedly to advise the governor on how to re-open California.

Of course, an 80-person committee is so large and ridiculously unwieldy that it cannot produce sustained, rational, linear thought. It just can’t; no government committee that size can. Eighty people is the size of one entire house of the state legislature. Because of its size and resultant inertia, Steyer’s committee will say and do whatever Steyer and the governor want it to say and do.

That is the problem: Steyer’s goal is not to re-open California. He said so. In an April 17 press release, Steyer wrote that his “goal is to present Governor Newsom with tangible actions that leverage the task force’s expertise to rebuild California, emphasizing smart, green technologies and provide a model for just economic development.”

That should be chilling to people who have been cooped up for weeks just waiting to get back to some semblance of normal. California will not get open again until it is more green, until it is more just economically, until it fits Steyer’s and Newsom’s utopian vision. Their explicit goal is not getting back to normal but getting “better” than normal, at least as defined by the political left.

And that is why the governor, against all the evidence, has delayed and resisted efforts to end the lockdown. The work of re-making California takes time. We are still not open because business as usual – the old normal – is not “green” enough or “just” enough.

The governor has gone to extraordinary lengths to justify his delays. Specifically, he has talked about “four stages” of recovery, and eventually opening the state again in those “stages.” Fortunately, though, he is beginning to get pushback to this scheme from around the state.

When the multi-stage idea was first floated, the governor assured us that we were just “weeks” away from moving from the first to the second stage. Following widespread civil unrest related to his recent Orange County beach closure disaster, though, he said, in essence, just kidding, we are only “days” away from the next stage. Delay, for the purpose of allowing Tom Steyer the time needed to socially re-engineer us, is not sitting well with the people designated for re-engineering.

I hear from friends in Sacramento from my time in the Legislature that even Democrats up there are frustrated with the governor’s go slow and go it alone attitude. For example, Assembly Health Committee chairman Dr. Jim Wood, a Democrat and not my Sacramento source – I don’t want to get Jim in trouble – has penned a letter to the governor taking Newsom to task for failing to consult with the legislature.

The pushback continued over the governor’s punitive, widely reported, anti-scientific, Orange County beach shutdown. It happened with absolutely no consultation.

It is now manifestly obvious that California citizens have acted responsibly during the pandemic, widely observing physical distancing, mask and glove rules, and other sanitizing protocols. The horrible death tolls first feared in WHO or Imperial College of London projections have thankfully not been borne out because of that responsible behavior. Californians will continue to act responsibly, not just at the beaches, but as we re-open the economy. A shutdown has consequences, too, including deaths. We are seeing wildly increased numbers of calls to suicide hotlines and a terrifying decrease in reports of domestic violence and child abuse.

We should send Tom Steyer’s re-engineering committee into lockdown and re-open California.