As a poor, orphaned, “colored” boy born in the Deep South in 1939, I never had a moment’s doubt that someday my life would be better. My optimism flowed from the unbounded optimism of my maternal grandmother, with whom I lived in the immediate aftermath of my mother’s death, which occurred in 1943. The optimism of my grandmother came from her faith in God and her belief that our nation was a God-loving country which would someday, soon, “live out the true meaning of its creed,” as Martin Luther King Jr. so often said. That creed, Dr. King reminded us, was embedded in our Declaration of Independence. “We hold these truths to be self-evident, that all men are created equal…” 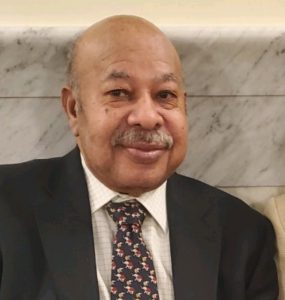 Mom, the name I used when referring to my grandmother, had three pictures on the wall next to her kitchen sink: one of Jesus, one of Dr. King, and the third was that of President John F. Kennedy. These three store-bought pictures represented the priorities of Mom’s life and the individuals in whom she placed her faith for that better life.

The optimism of Mom was rewarded when the United States Congress passed and President Lyndon Johnson signed the 1964 Civil Rights Act. This law signaled the end of the Jim Crow era in America. From this point forward, equal treatment was the statutory law of the United States. Employers throughout the nation proclaimed their adherence to the Civil Rights Act by displaying the words, “An Equal Opportunity Employer” at the end of every job announcement. “You are welcome to apply” was the message that went out to all who had previously been excluded from the job market because of the color of their skin. Racial equality was the law of the land.

The lesson that was not fully appreciated from this period was the importance of understanding that every individual is entitled to equal treatment. Instead, the focus was on “racial equality”. Moreover, even the term “civil rights” was rather misunderstood. Instead of a recognition that every person deserved the right to equal treatment without regard to race or color, the term “civil rights” was presumed to relate uniquely to the struggle for equality of Black people.

The nation’s consciousness about race in America has always been viewed as a black oppressed/white domination issue. The reality of 2020, however, and especially in the state of California, is profoundly different. California is decidedly more racially diverse and one would be hard-pressed to argue that Black people are oppressed victims of discrimination in California. The more likely profile is that of a student of Asian descent, with a 3.8 grade point average, coming from a lower income household where English is barely spoken, being denied admission to UC Berkeley while a so-called student of color with a 3.2 grade point average, coming from a middle to upper income household of professionals, is accepted.

America is being challenged in unimaginable ways, and nowhere is it written that we will forever be successful. For that, we must work hard to sustain and improve upon our unique American system. To meet this challenge, we must reaffirm our dedication to the basic principles of equality, merit, liberty, limited government, freedom of speech, freedom of association and other values. We must end race-based affirmative action NOW. ACA 5 is ill-conceived and will inflict great harm upon many Californians. Of equal importance is the inherent link between equality and freedom. Without equality, we leave our pursuit of opportunity in the hands of an ever-growing government to make decisions about our lives on the basis of our identities. This is antithetical to the cause of freedom!

Ward Connerly is a former regent of the University of California and the founder and chairman of the American Civil Rights Institute.