At an Executive Committee meeting on Monday evening Tony Krvaric announced a leadership team to take over when his current term ends in January, 2021.

Krvaric was first elected in 2007, taking over after Ron Nehring who was elected California Republican Party chairman. He was subsequently re-elected six times and will have served nearly 14 years as chairman. 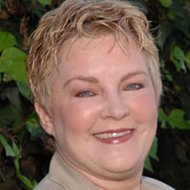 Paula currently serves as Second Vice Chair and was recently re-elected to the 80th Assembly District Caucus for the upcoming term. Having seen the effects of socialism in action while in Brazil, she is a passionate voice for Republican values.

The leadership team will stand for election in January of 2021, all support each other, and have the full backing of Chairman Krvaric who said, “We have built a great thing in San Diego County. While we can always improve, we are seen as a leading county in organizing, fundraising, and taking the fight to the Democrats, which we call Operation: Permanent Offense. I stand behind this team 100% and look forward to doing everything I can to help them be successful and take our county to the next level.”

It should also be noted that current Executive Director Jordan Gascon has agreed to stay on under this leadership team. The entire team is united in focusing on electing and re-electing Republicans for this cycle and will not be making any other statements until after the November election.

Krvaric concluded, “Politics is in my blood. Rest assured I am not going away but will find other ways to serve and advance freedom. I will continue to help San Diego County in any way that I am called upon.”