This year the FlashReport is pleased, again, to partner with State Senator John Moorlach on exposing the very worst bills sitting on Governor Newsom’s desk.

Understand that there are hundreds of awful bills on the Governor’s desk worthy of veto. And it would be laudable if Governor Newsom would simply veto every bill. The main point being that this list is just a sampling. Every bill listed below is awful and as you read this list it is a painful reminder of the liberal super-majority in the State Capitol.

Without any further introduction, read it and weep… Take it from here Senator Moorlach… — Flash

This should not have been a “business as usual” year in the California Legislature. Fighting the pandemic should have been the first priority, followed by bills crucial to the state’s fiscal viability. Anything else could have been postponed to 2021. Indeed, I put off several important bills this year to focus on the most critical issues. 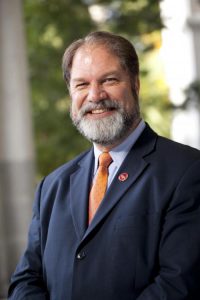 Despite a limit on the number of bills to be considered, the supermajority party in the Legislature insisted on passing numerous measures that have the potential of adding new burdens on the backs of citizens already reeling from the pandemic’s knockout punch.

Although in a budgetary crisis at the state level, the supermajority did not make significant course adjustments that reflected a seriousness to the situation.

The good news? The supermajority mismanaged their time, due to a number of inexplicable reasons, and left many bills on the “cutting room floor.” They simply failed to manage their workload.

Below is the Flash Report’s Top 10 Terrible Bills in 2020 — legislation that the Legislature should not have passed, and which Governor Gavin Newsom ought to veto.

1. AB 1066 (Gonzalez) Mandates a 10-day deadline by which an employer must respond to an EDD initial notice related to a former employee’s UI claim that is arbitrary, unnecessary, vague, and cuts off an employer’s due process, especially for those barely surviving economically in this pandemic.

2. AB 1950 (Kamlager) Reducing the maximum period of probation for criminals without funding for rehabilitation misses the mark and doesn’t save money in the long run. That’s why the Governor dropped this problematic proposal months ago. Current law already allows a judge to set any appropriate term within the maximum allowable time based on their assessment of the needs of the offender, the victim, public safety and any other relevant factors.

3. AB 2765 (O’Donnell) An expensive project labor agreement (PLA) mandate and an anti-charter school bill? When does living in opposite-land end? PLAs are too expensive and charter schools are too necessary.

4. AB 2967 (O’Donnell) When an Orange County city negotiates its way out of an expensive defined benefit retirement plan, reducing fire safety costs, we should be celebrating their fiscal prudence. Many cities have reduced fire department staffing by 25 percent. This bill eliminates a prudent and wise alternative and ensures further fire safety personnel layoffs in the years to come.

5. AB 3070 (Weber) We have chosen judges to be the neutral arbitrators in society. If we don’t trust them to make the right call on peremptory challenges, how can we trust them to make a determination in the case as a whole? This bill is so unrealistic, it only received 21 votes in the Senate.

6. SB 145 (Wiener) Promoting sex with minors by reducing penalties is exactly the wrong thing a society that cares about children should do. Minors cannot consent to sex with adults 10 years their senior.

7. SB 820 (Senate Committee on Budget and Fiscal Review) Capping charter school enrollment to protect public schools during a pandemic is cruel to those families whose assigned schools have no ability – or interest – in providing a decent education to their students. And who does this bill harm the most? Minority kids in poor neighborhoods with failing schools.

8. SB 973 (Jackson) I thought the whole point of previous legislative efforts was to prevent race/sex-based discrimination in the workplace, but now the majority party would like to break down workplaces by sex, race, and ethnicity.

9. SB 1351 (Beall) Borrowing against future vehicle registration tax revenues is one thing. Maintaining state roads is important, but must taxing and borrowing always be the remedy?

10. SB 1383 (Jackson) If signed, this paid family-leave bill will become a small-employer-leave-the-state bill considering the major fiscal implications for private businesses who are forced to comply with expensive mandates on otherwise small profit margins. Good companies accommodate good employees without the threat of the state. Even in a pandemic.