Last Friday, a study was released that should have a seismic impact on the debate regarding school funding and, more specifically, how education dollars are spent. I’ve made no bones about the fact that I don’t think taxpayers should be asked for one more penny until it can be demonstrated that the billions we are already putting into our schools are being spent efficiently and for the benefit of students.

The National University System Institute for Policy Research released a study comparing school construction costs with the use of project labor agreements to those using a fair and open competitive bidding process. What they found not surprisingly is that the use of union giveaways results in significantly higher costs for taxpayers. Looking at more than 500 school construction projects over the last decade, the research was able to quantify that project labor agreements save anywhere from 13% to 15% to the overall cost of a project.  The project sponsors get extra credit for having the prestigious Keston Institute for Public Finance and Infrastructure at the University of Southern California Marshall School of Business review the statistical methodology and conclusions of the research.  This should erase any doubt as to the credibility of the data. 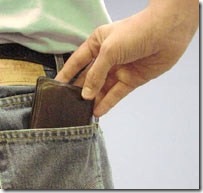 Overspending for a project labor agreement is offensive at the least.  The education lobby, on one hand, has been trying to rally support for extending tax increases, yet they’ve not said a peep about becoming more efficient.  For years, conservatives have railed against union-backed laws that prevent school districts from saving money by contracting out for landscaping, maintenance, food service and transportation services.  Now, we learn that schools have also been effectively mandating waste by using project labor agreements.

Not surprisingly, even before the study was released, the union spin machine went into overdrive claiming that a “reputable economist” debunked the study.  The immediacy and shrillness of their attacks suggest that the data and conclusions of the research are extremely powerful tools that can be used to fight and outlaw project labor agreements.

I would encourage every education official to think long and hard about enacting these mandated waste agreements and tell any voter to reject a school bond, UNLESS, there is written language that states there will be no project labor agreement tied to any of the funds.  If the unions earn the work by providing the best bid, then that’s fine.  But forcing taxpayers to spend millions more than necessary at the same time as we’re pink-slipping teachers and talking about shortening the school year is flat wrong.

This report is required reading for anyone who cares about schools or the state’s budget challenges.  It’s full of good data that should serve as the foundation for a statewide campaign to ensure all public dollars spent for school construction are allocated through a competitive bidding process that is open to all licensed and qualified contractors.