Assembly GOP: Welcome Back To The Capitol; Open Your Books 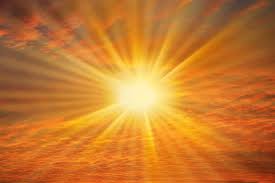 Anyone who is watching California politics knows that there is currently a major schism between Assembly Speaker John Perez and one of his Democrat colleagues, Assemblyman Anthony Portantino.  You can read more about that here if you would like.  Suffice it to say that the “Imperial Speaker” used his power to play games with Assemblyman Portantino’s office budget, causing accusations from Portantino about Perez’s manipulation of Assembly funds, taxpayer dollars all, for his political purposes.

One effect of this Perez/Portantino throw down has been a significant interest, especially by the media, in bringing sunshine and transparency to how the State Assembly spends its money — public funds.  The media requested budget information from Perez, and after that request was denied, the Sacramento Bee and the Los Angeles Times have filed a lawsuit against the Assembly to get the information. Good for them, and shame on the California State Assembly.

Putting aside the legal question of whether the Assembly has to provide that information, there is a very big moral obligation to do so.  Funds spent by the Assembly are not the personal dollars of the individual legislators, but rather funding from California taxpayers.  The public has a right to know how its money is being spent.  John Perez should immediately make all of the spending records of the Assembly available now.   If he continues to refuse to do so, than the full Assembly in session this week should vote to compel him to do so.  If they do not, shame on the Democrats that run the institution.  While it is appropriate to have vibrant discussions, and disagreements, on how Assembly funds are spent — there should be total agreement that such spending should not be kept secret from the public.

As a conservative website publisher, and a former officer and former executive director of the California Republican Party, I am actually most worried and concern about the response (or complete lack of one) from Republican members of the State Assembly.  While it is true that as the minority party, Republicans cannot compel Perez to open the books, there are a few things that Assembly Republicans can and should have already done.  First and foremost, whether individually or collectively, Republicans should open their books.  Because Republicans believe in transparency and the idea that the public does have a right to know how their tax dollars are spent, each Republican Assemblymember should release their individual office budget, along with whatever narrative to go along with it to explain it in context.  There should be a public vetting of what “games” are played with legislative funding.  Assembly Republicans should also publicly call on the Speaker to release all of the lower chamber’s spending documents.  Finally, if Perez will not consent, a bipartisan efforts(to start with Portantino and the Republicans) should be undertaken to compel Perez to comply.

Republicans must stand solidly behind the principle that unless a matter of national security is at hand, there should be no public dollar spent that is not transparent to the taxpayers.  I am thinking that there are no covert national security operations being run out of the State Capitol.

We are already starting to see more and more news stories come out about the lack of transparency, perhaps the most instructive of which to Assembly Republicans would be this Associated Press story where Brian Nestande, the Chairman of the Assembly Republican Caucus, is hung out to dry as the media tries to explain Assembly spending with incomplete information.  Republicans should not only release their budgets, but bring some sunshine to the process.  It should be explained that on both sides of the isle, the Speaker and the Minority Leader both have funds available from which to give what are called “augmentations” to individual member budgets.  The majority party Lords over the vast majority of these funds, but the Republicans do get some.

It could be that there is resistance from legislative leaders because, secrecy in place, no one in the caucuses (let alone the public) know which members are getting allocations, and for how much.  The ultimate game of poker with our tax dollars.

Today Assembly Speaker Perez announced the formation of a “committee” to deal with this issue.  Really?  That is just an attempt to try and put off this issue until the session ends, with the hopes that it just goes away…

I have heard a few concerns from GOP legislators about releasing the information.  Frankly, the only concern articulated to me that deserves to be addressed (the rest were parochial) was the idea that if Republicans release information, and the Democrats don’t, that it amounts to releasing date “in a vacuum” where a lot of incorrect assumptions might be made — that more questions are created than answers.  To this I would say that Republicans releasing all financial documents about taxpayer dollar spending in their budgets will put a massive amount of pressure on Perez and Democrats to follow suit.  And I would also say that to not release the information is simply not a defensible position to take.  Each Member of the Assembly has their own budget information, and the decision to release it or not is not one they can delegate.  A legislator who keeps his or her budget secret is sticking up their nose at taxpayers, and against the fundamental right of the public to know how their money is being spent.

There are a lot of important things about which Republican legislators should be worried in the coming weeks of the legislative session, with the whacked-out liberals running the institution.  But frankly, until every GOP legislator releases their budget, there is no more important issue than this one.  And unlike trying to pass or stop legislation where a Republican legislator has an excuse — they don’t have the votes — in this case there is no excuse, because each legislator can release their own budget, without requiring permission or votes from anyone else.