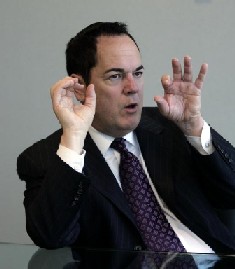 Tomorrow morning the official announcement will come from the Newt Gingrich for President campaign has tapped former California Republican Party Chairman (and longtime FR friend) Mike Schroeder, of Orange County, to be the Political Director of their campaign here in the Golden State.  In addition, Schroeder will also be serving as a Co-Chairman of the California campaign for Gingrich.

This is a big pickup for Gingrich as Schroeder is considered to be one of California’s “heavy weight” political pros, and is a smart and capable political strategist.  Schroeder is also known for his aggressive style of campaigning, so I would look for a lot of activity from what has been up to this point a virtually non-existent Gingrich effort here in the Golden State.  Schroeder was the political director for Steve Poizner’s successful statewide campaign for Insurance Commissioner, and played an informal role with Poizner’s unsuccessful gubernatorial run.  Schroeder, who headed up the California GOP from 1997-1999 also was the Chairman of the successful recalls of Assemblyman Paul Horcher and Assemblywoman Doris Allen.  He is a former State President of the California Republican Assembly.

I spoke with Schroeder just a few minutes ago, who told me that it was an honor to be selected by the Gingrich campaign to work on their California efforts.  “I have known Newt Gingrich for many years and he is the person that this country needs in the White House to get things back on track.   Newt has already proven that he can be an articulate conservative leader, and frankly if we are going to win this election, we need to put our best candidate forward — and that is Newt Gingrich.”

While it is a tall order for California to be in play in the general election, assuming Gingrich were the GOP nominee — there is a growing possibility that California may very much matter in the selection of the nominee.  If Gingrich wins the Florida primary next week, then that will be a harbinger of a long, drawn-out primary season that could very well put California “in play” despite our late primary in June.