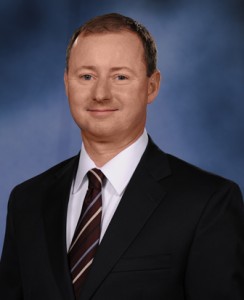 Over the a last month, I kept hearing from different people about a new candidate in the race against Dianne Feinstein to represent California in the United States Senate – a businessman hailing from Oceanside in San Diego County.  The people to whom I spoke with very impressed with him, and before I had a chance to track him down, I actually heard from him.  His name is Dan Hughes and he’s a small business owner who has the potential to emerge as a real contender to be the GOP candidate against Feinstein.

Elizabeth Emken got out of the gate earlier, and up to now had been running the only visible campaign on the Republican side.  I have written about her candidacy here.   But I don’t think it was ever expected that anyone was going to “clear the field” for a run at DiFi – no, the GOP mantle must be earned in the June election.

I met with Dan Hughes recently and found him to be an intelligent, articulate, energetic and passionate life-long conservative. In fact, Dan tells the story of making a Reagan ’84 T-shirt when he was 16 years old and wearing it to show the flag at the Democratic State Convention in New York that year. Now that’s a conservative who has been passionate from a young age!

Hughes is owner and president of an environmental services company that employs nearly 100 Californians (imagine a construction job at a hospital and all of the dirt and dust – his company keeps the hospital clean and sterile during that job). He is an engineer, earned an MBA from Pepperdine and possesses extensive experience as a top manager in the manufacturing sector. Dan is a leader in his church, his community and with several charitable organizations.

On of the things I like about Hughes is that, as a small businessman, he has balanced budgets, met payrolls, grown revenues and weathered the ups and downs of recession and California’s anti-jobs business climate.  That alone is impressive.

When I sat with Dan, he talked about job creation, as someone who has actually created private sector jobs.  Dan has a lot to say about our country’s major challenges – especially our huge fiscal deficit.  He has robust ideas on how to reform our job-killing federal tax code and anti-business regulations.  His idea of requiring that all existing regulations must be re-authorized every eight years is a winner with this columnist – as is idea that all agency rule-making must be approved by Congress before it can go into effect.

Dan’s very clearly a family-first guy, and kept couching the imperatives of the need to change course in Washington in the context of the country that his children will live in as adults someday.  Dan speaks eloquently not only about our nation’s huge fiscal deficit, but on our country’s moral and leadership deficit. He believes those deficits are an even greater threat to our future than America’s financial crisis and that we need to have the moral strength to change course as a nation.

Hughes ended the year with over $100,000 cash on hand in his campaign account, which of course is a drop in the bucket in terns of what he will need to compete against Feinstein in the fall (if he is the top GOP vote-getter in June) – but since he started raising funds for this race very close to the reporting cut-off, I’m impressed.

I felt that Dan has a realistic view of the big challenge that Republicans have in toppling an incumbent U.S. Senator in a state that has been voting blue more often than not for some time now.  But as Dan pointed out to me, 20-year incumbent Dianne Feinstein has had a rough year.  She’s facing the lowest approval ratings of her time in the Senate and her campaign treasurer emptied her bank account after embezzling millions of dollars.

It is worthy of mention that Hughes has retained veteran GOP operative and consultant John Franklin as a senior campaign advisor – Franklin is part of the successful political operation of Congressman Darrell Issa.

So to close, Hughes has told me that he will roll out some major endorsements in March.  His GOP opponent, Elizabeth Emken (no doubt there will be others, too) has already been making some endorsement announcements herself.  It’s early yet – too soon to tell how the Republican race for U.S. Senate in 2012 is going to shake out.  Hughes has told me that he will be practicing retail politics at the State GOP Convention this weekend in Burlingame.  Look for the guy wearing the Reagan ’84 shirt!